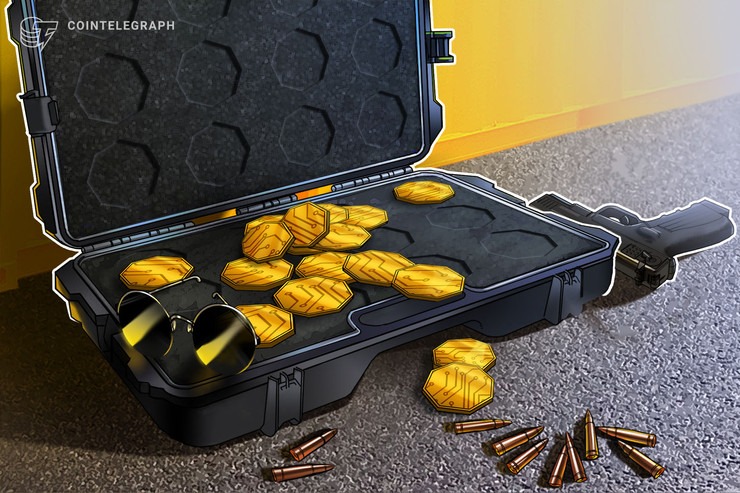 A new study by Chainalysis finds that terrorists are refining their financing operations using cryptocurrencies.

Earlier today, Jan. 17, the blockchain analysts identified Izz ad-Din al-Qassam Brigades (AQB), Hamas’s military arm and noted terrorist organization, as the first confirmed case of terrorists using cryptocurrency to aid their activity. AQB used a website to generate a new Bitcoin address for each donor to deposit funds. It included a how-to video on donating with maximal anonymity. Compared to similar earlier campaigns, AQB raised as much money and garnered more donors but in less than half the time.

Cryptocurrency has been linked to crime before, including Ponzi schemes and hate crimes. In other recent research, Chainalysis tracked $2.8 billion in Bitcoin from criminal enterprises to exchanges. Over 50% — $1.4 billion in Bitcoin — moved through major exchanges Binance and Huobi.

Crypto-enabled crime has caught the attention of regulators and government officials who would like greater oversight of digital currencies. Last year, Treasury Secretary Steve Mnuchin, speaking at a gathering of the Financial Action Task Force (FATF), applauded global regulatory standards that would combat crypto crimes:

The FATF, whose 200 countries, including the U.S., promote measures to combat financial crime, now demand that exchanges know more about customers and transactions. More data will hopefully help identify money laundering and terrorism financing in exchange institutions that largely lack the oversight needed to combat this growing problem.

In a statement to Chainalysis, Binance CCO Samuel Lin said,

“Binance is committed to cleaning up financial crime in crypto and improving the health of our industry. We will continue to improve on our proprietary KYC and AML technology, as well as the third-party tools […] One of our core values at Binance is to protect our users…”

Binance, one of the largest crypto exchanges, exceeded $1 billion in profits last fall.