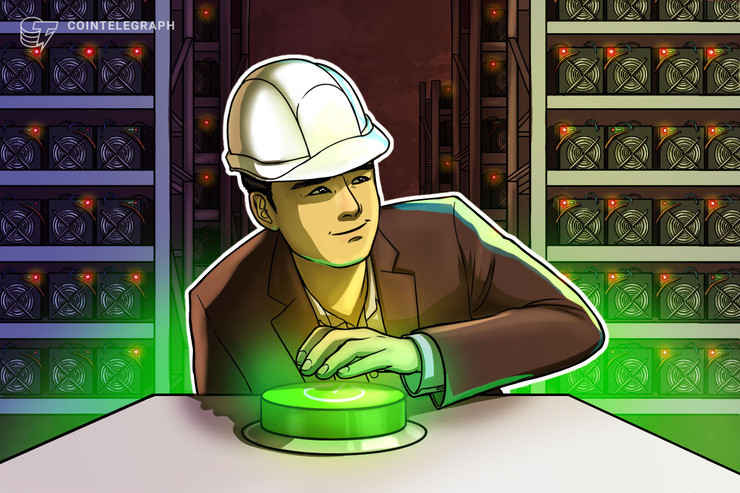 Recently, the cryptocurrency mining community has been shaken with rumors of Chinese miners leaving Iran — where crypto mining is authorized as an industrial activity — for Central Asia. The move has ostensibly been taken in an attempt to find a new safe haven amid the tensions between the United States and Iran, as well as rising oil and energy prices.

Iran’s attraction for crypto mining operations lies in subsidized electricity rates — as of July, 0.7 cent per kilowatt-hour (kWh), — which had purportedly even prompted miners from mining centers such as China to relocate their operations to the country.

The welcoming environment for crypto mining farms also pertains to Iran’s effort to transform into a hub for digital currency and blockchain adoption in response to escalating economic sanctions imposed by the U.S.

Following the legalization of crypto mining in the country, the Ministry of Industry, Mine and Trade began issuing licenses for the activity, which resulted in a surging demand. The activity is also set to be subject to taxation like in any other industry, and miners who create their own mining facilities will get support from the government.

However, despite the government’s friendly approach to the industry and favorable conditions, cryptocurrency miners have a number of causes for concern.

Energy Minister Homayoon Ha’eri said that price is dependent on market factors such as fuel prices in the Persian Gulf. Last fall, the fuel price jump of upwards of 50% led to mass protests and demonstrations in about 100 towns of Iran, which prompted the government to temporarily restrict access to mobile Internet in several provinces. The move purportedly forced many miners to cease their operations.

At the time, Mostafa Rajabi, a spokesman of Iran’s Energy Ministry, also said that the government was going to revise existing regulations and eventually disconnect crypto mining facilities from the national electric supply network during peak hours of consumption in Iran, which span about 300 hours a year.

Moreover, Iran’s government announced plans to change electricity tariffs for miners, wherein miners would pay an average fixed sum of $0.08 per kWh at some times of the year, $0.04 per kWh during eight cold months of the year, and $0.16 per kWh in the remaining months, when power consumption increases across the country.

And now, the Iran-U.S. military crisis has gripped the cryptocurrency community as on Jan. 3 a U.S. drone stroke on a convoy traveling near Baghdad International Airport, killing Iranian major general Qasem Soleimani of the Islamic Revolutionary Guard Corps.

Although the crisis arguably inspired some new respect for Bitcoin — whose price skyrocketed from $7,000 to nearly $8,500 supposedly due to the tensions between the two countries — and other cryptocurrencies, it, however, provoked an outflow of crypto miners from Iran.

Chinese Bitcoin miners are now reportedly responsible for as much as 66% of the global BTC hash rate, which is likely to be a result of applying more advanced mining hardware. However, other leading crypto mining centers in the world include sites in the U.S, Russia and Kazakhstan.

Central Asian countries like Uzbekistan and Kyrgyzstan attract crypto miners with extremely low electricity tariffs as well, which makes them direct competitors to neighboring Iran. Under such conditions, Chinese miners are reportedly shifting their focus to these countries, especially given that they have developed more clear regulations towards the industry in recent years.

The situation in Uzbekistan

On Jan. 13, Uzbekistan’s National Agency for Project Management made it a priority to create a national cryptocurrency mining pool in a bid to consolidate the capacities of domestic and foreign miners at the national level.

As such, the agency intends to ensure the economic efficiency of crypto mining, boost the transparency and security of the industry, increase the efficiency of energy consumption in this area and increase the investment attractiveness of the country.

Still, the government of Uzbekistan ordered that cryptocurrency miners must pay three times more the existing electricity tariffs, which are now around $0.031 per kWh. Crypto trading remains legalized in the country, with participants enjoying tax breaks. However, foreign traders can only operate in the country if they create a local subsidiary in Uzbekistan.

To elaborate further on the matter, Cointelegraph reached out to Alan Dorjiyev, the head of the the Blockchain & Data Center Industry Development Association in Kazakhstan. Dorjiyev said that Uzbekistan’s approach to crypto mining is generally positive, although it is not the best place to operate a crypto mining facilities:

“Uzbekistan is overall positive towards mining. However the mining industry is centralised to one controlling body. It causes a lot of corruption when the government body decides to which miner they give electricity. Also this country has a deficit of power and high temperature during summer. Overall it is not the best place to do mining.”

Kazakhstan — where households pay $0.045 per kWh — is ostensibly developing legislation that will exempt crypto miners from tax obligations until the mined crypto is exchanged for fiat money. Specifically, the proposed law will establish the legal status of crypto mining as well as rules for its taxation. Dorjiyev commented on the matter:

“At this point in time, Kazakhstan government authorities have already created a very favorable climate for development of the industry. Their attitude is very friendly, industry is legal, banks are not closing accounts for mining companies. This industry has a multiplication economic effect on the economy as power stations are having new demand, grid is having more kWh to transmit, industrial companies are seeing increased demand for gas and coal.”

When asked about challenges crypto mining operators face in Kazakhstan, Dorjiyev stipulated that “the only challenge at the moment is building a low voltage infrastructure, so that miners can connect to the grid easier. At the moment miners are investing in electric infrastructure for lowering voltage from 110kv to 0,4kv.”

As for Kyrgyzstan, with the lowest power tariffs of $0.024 per kWh among the three countries, the country’s government submitted a draft law on amending the country’s tax code to introduce cryptocurrency mining taxation.

Dorjiyev called Kyrgyzstan a very attractive place for crypto mining due to the electricity prices. At the same time, most of the energy power supplies in the country are generated by hydropower plants, which means that during the periods when the country suffers a deficit of water, crypto miners are limited in power supply.

Worth noting, Kyrgyzstan cut off power to 45 crypto mining firms as they had consumed more energy than three local regions combined in late September 2019. “The position of the government towards mining is not clear. Also, Kyrgyzstan is a country where most of the mining equipment is contraband,” Dorjiyev said.

Speaking about purported inflows of crypto mining machines from Iran to Kazakhstan, Dorjiyev also said that “no mining equipment is seen in Kazakhstan. My personal opinion is that most of the equipment in Iran doesn’t have legal documentation, so it cannot be imported legally to Kazakhstan.” Dorjiyev concluded:

“Overall conditions for mining in Central Asia are truly favorable only in Kazakhstan. Mainly due to excess of electricity and overall openness of the economy towards investments in the IT sector. Plus, the draft of the new bill has already been passed to parliament, we expect it to be approved by June this year.”

Still, no official position toward crypto

While Uzbekistan, Kazakhstan and Kyrgyzstan are luring crypto mining operators promising favorable conditions, none of the countries has recognized digital currency as a legal tender or has an official position regarding digital assets.

Holders that are citizens of Uzbekistan can sell their current investments on two licensed exchanges after undergoing Know Your Customer procedures, ostensibly to avoid the possibility of money laundering. Any crypto assets whose origin cannot be proved are illegal to transfer or own in the country.

Cryptocurrencies were banned in Kyrgyzstan in July 2014 after the national bank warned it is illegal to use Bitcoin and other cryptocurrencies as a payment method.

The government of Kazakhstan has not developed an official position regarding cryptocurrencies. However, the Astana International Financial Center has reportedly created a special regime for cryptos under its own independent legislative prerogative.