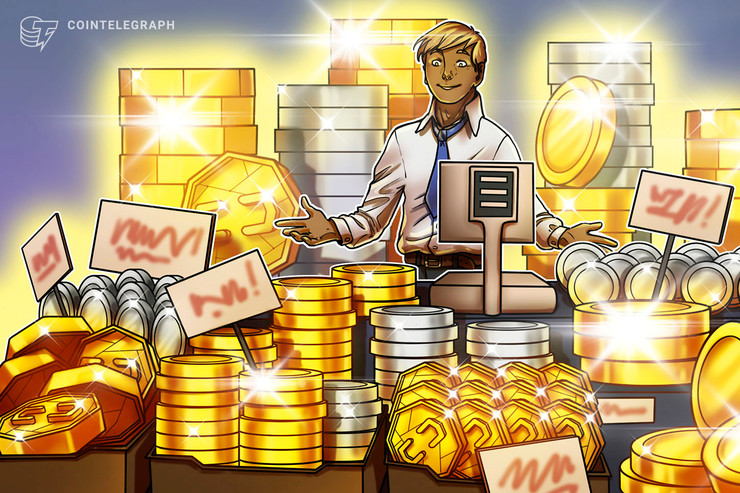 In the two years since it launched cash-settled Bitcoin futures, CME has firmly established itself as a leader in the regulated crypto derivatives space despite not always being the first to market. In December 2017, it launched regulated Bitcoin futures a week after rival exchange CBOE. However, it only took 15 months for CBOE to completely withdraw from the market. By August, CME had announced record highs for Bitcoin futures trading.

Most recently, Bakkt came into the market ahead of CME with its regulated options on Bitcoin futures. However, after successfully launching its own options contracts on Jan. 13, it seems that the Chicago-based CME is once again emerging at the top of its game.

When the CME options contracts made their debut on Monday, the company saw opening-day trading volumes over $2.3 million, more than five times that of major competitor Bakkt, which traded just over $380,000. 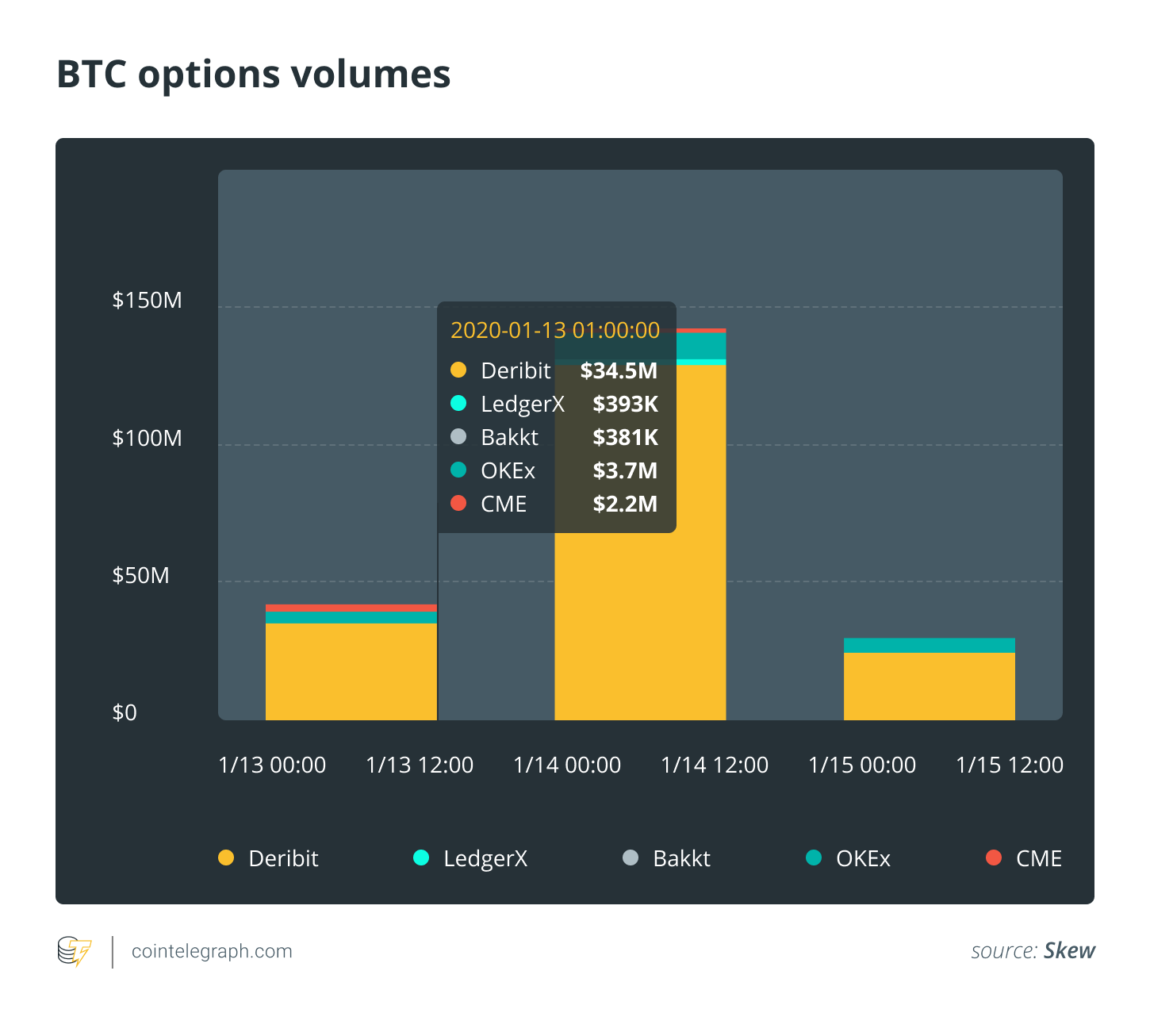 According to data aggregated by Skew, the CME volumes are still far below that of Deribit, which traded $34.5 million in options on the same day that CME launched its options product. However, it’s worth noting that until mid-2019, Deribit was the only exchange offering crypto-backed options. Nevertheless, CME chief told Cointelegraph the following day that his firm was “very pleased” with the opening-day performance:

“We know from experience that successful options products require a robust, liquid underlying futures market. Our CME Bitcoin futures have become one of the most liquid, listed Bitcoin derivatives products in the world over the past two years.”

Second-day options trading on CME was slightly slower, with $730 million in volume according to Skew. Perhaps that’s to be expected, as investors keen to participate would have bought into CME options on the day of the launch.

In the leadup to Jan. 13, CME saw a surge toward Bitcoin futures. The first four trading days of 2020 showed that interest was up by almost 70% compared with 2019’s year-end. J.P. Morgan analysts were quick to attribute this increase to the upcoming options launch, stating it was “highly anticipated.”

The difference in the way that the underlying futures instruments are settled could also account for why CME so significantly outperforms Bakkt, both in futures trading and now in options on Bitcoin futures. For example, during last week’s run on futures, Bakkt traded $43 million compared to CME’s $702 million on Jan. 8, which was the busiest day according to Skew data. Nevertheless, Bakkt maintains confidence in the markets and its offering, as the firm’s spokesperson told Cointelegraph:

“We continue to see strong interest from our growing base of customers in our Bitcoin futures and options complex, which offers a broad range of options for interacting with and hedging positions in digital assets.”

Until December, Bakkt only offered physically-settled Bitcoin futures contracts, whereas CME has always settled its contracts in cash. Although physically-settled futures were hotly anticipated, they could account for why Bakkt had an arguably sluggish start after its launch in September.

The trading volume differential between CME and Bakkt when it launched indicates that institutions prefer their Bitcoin futures to be settled in cash. This makes sense given that cash-settled contracts avoid the need to take custody of the Bitcoins themselves. Although crypto custodial services are now far more widely available, many institutions will still find it easier to operate in fiat currencies.

“CME’s options offering is more palatable to institutional investors that aren’t yet comfortable with the crypto environment because the futures and options are cash-settled. This means one can speculate on the direction of Bitcoin without ever having to touch a coin — that’s a big deal for people and firms who worry about security.”

However, Paul Eisma, head of trading at XBTO Group, a crypto finance company, is more bullish on physically-settled products. Speaking to Cointelegraph, he said that both onshore regulated contracts have the ability to succeed because “they offer different value propositions and choices to prospective investors,” adding:

“CME’s cash-settled product has an expiration cycle that lines up with Deribit, the primary institutional and retail crypto options market. Flows and hedges will naturally gravitate from these ‘almost’ fungible contracts. Bakkt’s physically delivered futures product requires onboarding onto a regulated warehouse. This poses a unique custodian value proposition and an onboarding qualification threshold.”

After taking a macro view of the markets over the last few days beyond comparing regulated exchanges, perhaps CME’s performance isn’t so extraordinary. The two highest-volume futures trading days of the previous month across all exchanges were Jan. 8 and Jan. 14.

On each of those two days, the three biggest futures exchanges by volume — OKEx, Huobi and BitMEX — all saw 30-day highs, according to data. This suggests that overall across retail and institutional platforms, the appetite for futures has been high over the past week, meaning CME’s options launch is likely not the only factor at play. 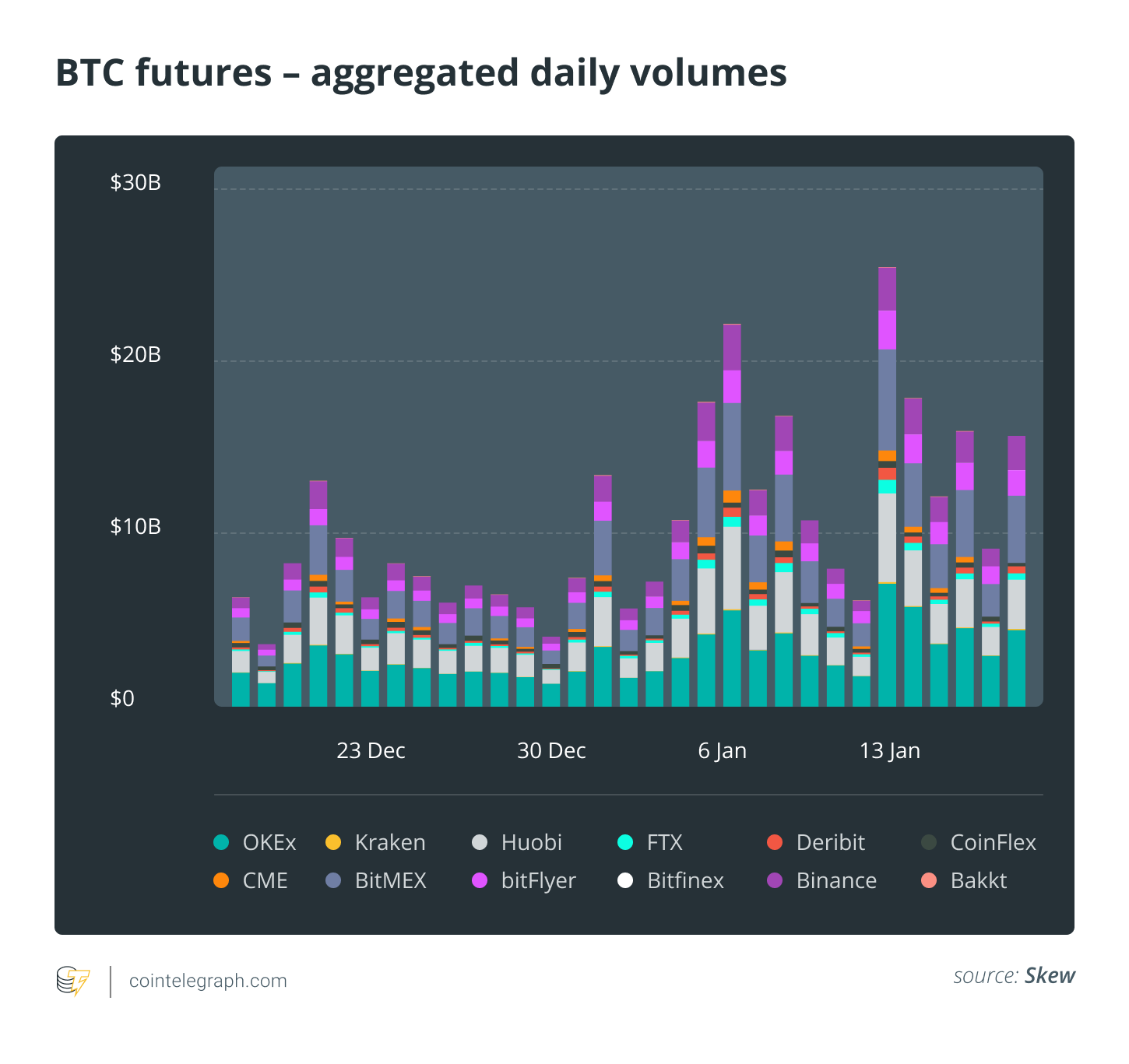 The price of Bitcoin has also been climbing at a startling pace since the first full trading week of the new year. However, it’s notable that it peaked at around $8,300 on Jan. 8 — the first of the two highest futures trading dates. On Jan. 14 alone, it rose over $600.

The markets are currently awash with speculation about what drove this recent bull run. Two major contributing factors are likely to be the uncertainty over U.S.–Iran relations, pushing investors away from stocks and fiat currencies. The upcoming Bitcoin halving and subsequent squeeze on supply are also in contention.

However, it also seems likely that excitement over CME’s launching its options product does at least partially account for Bitcoin’s meteoric rise. Ben Zhou, founder and CEO of crypto exchange Bybit, believes that CME’s options launch has played a significant part in Bitcoin’s recent price action: “Introduction of Bitcoin options is a game-changer.” In a conversation with Cointelegraph, he went on to say: