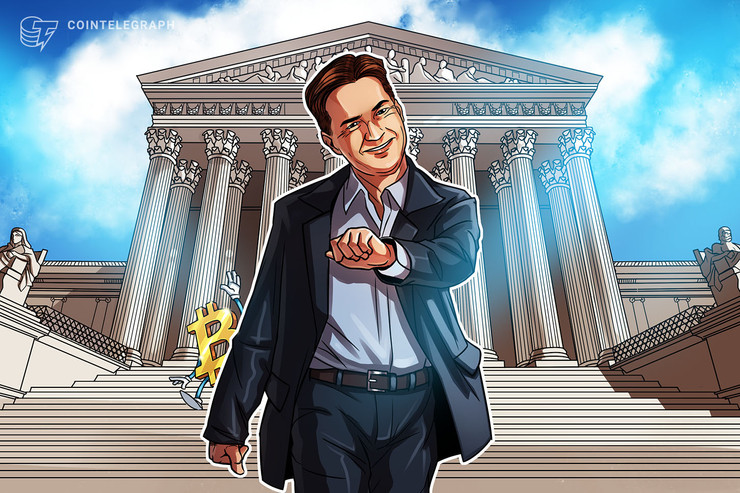 It has been over a year since Australian computer scientist Craig Wright proclaimed himself as the inventor of Bitcoin (BTC), and the estate of his late business partner, Dave Kleiman, became clinched in litigation over the fruits of the duo’s collaboration in the inaugural years of the cryptocurrency era. The stakes include billions worth of Bitcoin as well as ownership of blockchain-related intellectual property.

Mainly because of what the magistrate judge overseeing the case called Wright’s “willful and bad faith pattern of obstructive behavior,” the pretrial process devolved into a messy barrage of mutual admonitions and complaints where even the most basic facts of the case — such as the amount and location of disputed funds — could not be clearly established.

The parties seemed on track to complete discovery by the court’s cutoff date of Jan. 21, and the trial was scheduled for March 30. But as the deadline crept closer, Wright’s legal team stepped up its game to stun the opposition with a series of massive blows that shook up the crypto markets and left team Kleiman scrambling to push back the trial date. Here’s what to make of last week’s erratic news.

One of the case’s main puzzles revolves around the mysterious Tulip Trust — a stash of over 1 million BTC that Wright and Kleiman had supposedly mined jointly between 2009 and 2013. Up until late December 2019, facing court orders to disclose essential information about the trust, Wright maintained that he did not have a key for the list of the addresses that held deposited funds in an encrypted file.

The missing piece that would provide Wright with full access to the registry was supposed to arrive in January 2020 with a “bonded courier.” In a recent interview with Cointelegraph, Wright stated that he is 99.9999% sure that he will be in possession of the crypto soon.

On Dec. 31, without prior notice or attendant explanation, Wright began turning in hundreds of previously undisclosed documents for discovery, some of which related to the structure of the Tulip Trust. On Jan. 6, Kleiman’s lawyers received a third Tulip Trust document that ostensibly pointed to the existence of three separate trusts.

They motioned to seal it, basing their argument on certain parts of the document that contains confidential information. However, the judge later ordered that non-disclosure agreements should not stand in the way of discovery in the process.

Whether the Tulip Trust or trusts really exist, and whether Wright can exercise control over the enormous digital wealth purportedly stored in them, he has come to be seen as the ultimate test for his claim of being Satoshi Nakomoto.

On Jan. 10, as Cointelegraph reported, United States District Judge Beth Bloom issued a 23-page order questioning if “it is remotely plausible that the mysterious ‘bonded courier’ is going to arrive, yet alone that he will arrive in January 2020.” Yet, the judge agreed to wait until Feb. 3 — the first day after the end of January when the court will be open — for Wright to comply and unlock the trust. Essentially, this has become a hard deadline for him to prove that he has anything to do with the invention of Bitcoin.

While proclaiming in his blog his staunch belief in law, Wright also noted that it is essential to test its bounds as society develops. Perhaps, he sees the U.S. District Court for the Southern District of Florida as a venue to challenge the law for the greater good.

District Judge Bloom’s order enumerates multiple ways, in which the defendant “delayed and obstructed the discovery process” of the case, and notes how he “refused to give and interpret words in their very basic meanings, was combative, and became defensive when confronted with previous inconsistencies.” Combined with the opinion of Bruce Reinhart, another legal official in the case, this makes two federal judges essentially calling Wright a liar.

Indeed, it doesn’t take a law school degree to see how Wright has been exploiting the case to gain publicity and perpetuate his “I am Satoshi” narrative while maintaining enough ambiguity to keep it marginally plausible.

On Jan. 14, Wright’s team made perhaps its strongest move when they filed a short notice of compliance with the court order. All it said was that a “third party has provided the necessary information and key slice to unlock the encrypted file, and Dr. Wright has produced a list of his Bitcoin holdings.” The document provided no clarity on whether the “third party” is the long-awaited bonded courier.

Kleiman’s side received a list of 16,404 Bitcoin addresses. They immediately requested a continuation of the discovery cutoff, to reschedule the deposition of key witnesses and to extend the trial. They also asked the court to provide them with seven interrogatories — sets of written questions, to which the defendant will have to respond within a set time frame — regarding the affiliation of the alleged “bonded courier” and information that they had delivered.

Along with throwing some 20,000 new documents at plaintiffs shortly before the discovery deadline, Wright protested their motion by arguing that the requested “extensions of time and requests for additional unilateral discovery are additional unwarranted sanctions and are sought solely for the purpose of delay.”

The court, however, granted the extensions and honored the interrogatory requests. The new discovery cutoff was set to April 17, and the trial will be held in July 2020. Wright has won himself some breathing room for another few months.

If Wright’s strategy of cultivating ambiguity was successful in keeping several dozen qualified attorneys baffled for several months, the already confused crypto community was poised to become a boon for the big news. The scoop of him producing the Tulip Trust details exploded like a bombshell in this electrified space.

There is no way Wright did not foresee the markets reading the economical note of the unnamed third party as the announcement that the “bonded courier” had arrived. Most likely, that was the plan all along. Ample room for misinterpretation was already there.

“The necessary information and key slice to unlock the encrypted file” that the third party provided sounded a lot like Wright getting access to the Bitcoin stored in the coveted trust. What it really said was that he could now unlock the file with the list of public addresses allegedly linked to the stash.

Public addresses are the same as public keys — they need to be matched with private keys to provide access to the stored assets. Nowhere in the court documents did Wright nor his lawyers mention acquiring private keys to gain control of the coins — yet some immediate media reports were exact to this effect.

Coincidence or not, around the same time, a fake Whale Alerts tweet started making rounds, alleging that 1 million BTC departed Wright’s wallet heading toward an exchange. It soon emerged that the said transaction only involved 1,500 BTC, and the entity behind it was crypto exchange Bitfinex refilling its hot wallet.

The exuberance, however, took a real toll on the markets. Fueled by the news, the price of Bitcoin SV (BSV), Wright’s brainchild cryptocurrency allegedly reflecting the “true vision” behind the original Bitcoin, doubled within a day. Most of the gains, however, were quickly wiped out when a couple of days later, Wright’s attorney, Andres Rivero, confirmed to industry publication Decrypt that the information they had received did not include private keys.

In fact, Wright had announced the same thing a few days earlier when he admitted to CCN that Kleiman’s estate lawyers would find nothing in his latest submission to the court. To those who paid attention, the confession barely sounded like a punchline statement from a man who had just proved all his critics wrong.

In any case, it shouldn’t take much longer for the truth to come out if Wright is a crook or a genius performer who deliberately keeps crying wolf time and time again — only to come out as the real wolf when no one believes him anymore.