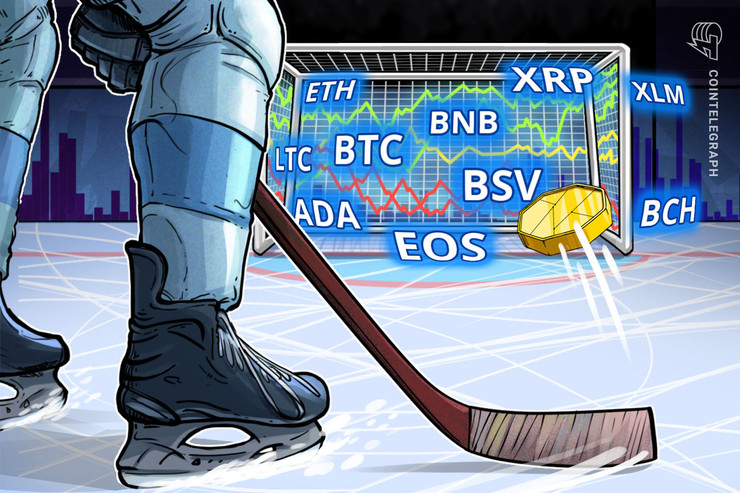 Recently Hiromi Yamaoka, the former head of payments and settlements at the Bank of Japan, said that Facebook’s Libra has forced central banks to research and consider issuing central bank digital currencies (CBDC). Currently China is leading the race in developing a CBDC but it appears that other nations are now attempting to play catch up.

In a press release, the Bank of England said that the central banks of Canada, the United Kingdom, Japan, the European Union, Sweden and Switzerland have joined hands with the Bank for International Settlements (BIS) to form a working group tasked with researching CBDCs. This group will “assess CBDC use cases; economic, functional and technical design choices, including cross-border interoperability; and the sharing of knowledge on emerging technologies.”

It is not only CBDCs, the governments and private companies are also working together to speed up the deployment of digital technologies in trade and commerce. These developments show that the technology is likely to be used extensively in various fields within the next few years. Circle CEO Jeremy Allaire believes that securitization of assets through tokenization will become much more realistic within the next two or three years.

The fundamentals of the asset class are improving on a daily basis. As these projects are still in early stages, the crypto prices might be slow to respond to it. However, the long-term prospects look encouraging. Let’s analyze the charts of the top cryptocurrencies to determine the next possible move.

Bitcoin (BTC) is stuck between the 20-day EMA and the 200-day SMA. Both the moving averages are flattening out, which suggests a few days of consolidation. A strong bounce off the 20-day EMA will indicate buying on dips by the bulls.

However, the next leg of the up move will start only after the bulls push the price above the 200-day SMA and $9,200 resistance zone. Above this zone, the rally can extend to $10,360.89, which is likely to act as a resistance.

We anticipate the bulls to defend this level aggressively. However, if this level cracks, the next level to watch out for is $7,000. The traders can hold their long positions with stops at $7,600.

After the minor dip to $157.50, the bulls are attempting to push Ether (ETH) above the overhead resistance at $173.841. The upsloping 20-day EMA and the RSI in positive territory indicate that bulls are in command.

However, if the bears defend $173.841 level aggressively, the ETH/USD pair might drop to $157.50 and remain stuck between these two levels for a few more days.

The pair will turn negative on a break below the $157.50 to $151.829 support zone. A breakdown of this zone will indicate weakness and can drag the price to $140. Therefore, the traders can protect their long positions with stops placed at $150.

The bounce off the neckline of the inverted head and shoulders (H&S) pattern is struggling to stay above $0.2326. This shows a lack of buyers at higher levels. If XRP fails to climb above $0.24 quickly, the bears will again attempt to sink the price below the neckline.

The 20-day EMA is placed close to the neckline, hence, this is likely to act as a strong support. However, if this support also cracks, the drop can extend to $0.20041. Though the stop loss on the long position is at $0.1995, we might suggest closing the trade early if the price sustains below the neckline.

Bitcoin Cash (BCH) has formed doji candlestick patterns for the past three days, which shows indecision among the bulls and the bears. However, the positive thing is that the altcoin is consolidating near the overhead resistance at $360.

If the bulls can push the price above $360, a rally to $403.88 is possible. Above this level, the up move can extend to $480. The upsloping 20-day EMA suggests that bulls have the upper hand. We will wait for the price to sustain above $360 before suggesting a long position once again.

However, if the bulls fail to propel the price above $360, the BCH/USD pair might dip to $306.78 and remain range-bound for a few days. The pair will turn negative on a break below the 20-day EMA.

Bitcoin SV (BSV) has closed in the green for the past three days, which is a positive sign. This shows that bulls are still buying it on dips. However, we anticipate the up move to face stiff resistance at $337.80.

Contrary to our assumption, if the bulls can push the price above $337.80, the pair might pick up momentum and rally to $400 and above it to $458.74. We do not find a trade setup with a good risk to reward ratio, hence, we are not proposing a trade in it.

Litecoin (LTC) has held the support at $55 for the past three days. This shows that bulls are buying on dips. However, the bounce off the support has not been strong as the price has not scaled above $60.

If the price fails to climb above $60, the bears will attempt to sink the price below $55. If successful, a drop to the 20-day EMA at $53 is possible, which is likely to act as a strong support.

Conversely, if the LTC/USD pair rises above $60, the bulls will make another attempt to scale above the 200-day SMA to $66.1486 zone. Above this zone, a rally to $80.2731 will be on the cards. We will wait for a new buy setup to form before recommending a trade in it.

The bounce off the 200-day SMA lacks strength. If EOS does not move up quickly, the bears will attempt to sink the price back below the moving averages. If successful, a fall to $3 is possible. Therefore, the traders can maintain the stop loss on the remaining long positions at $3.4.

The upsloping 20-day EMA and the RSI in positive territory indicates that bulls are at an advantage. If the current rebound picks up momentum, the bulls are likely to carry the price to $4.24. A breakout of this resistance can result in a move to $4.8719, which is likely to act as a stiff resistance once again.

Binance Coin (BNB) has again turned down from the overhead resistance at $18.50. This suggests that the altcoin might extend its stay inside the $16.50 and $18.50 range for a few more days.

The bulls have failed to propel Stellar Lumens (XLM) above the 200-day SMA for the past five days. This shows that the bears are aggressively defending this resistance. The failure to break above the resistance is likely to attract profit booking from the short-term traders. If that happens, a dip to the 20-day EMA is possible.

The 20-day EMA is sloping up and the RSI is in the positive zone, which suggests that the bulls have the upper hand. Therefore, we anticipate the bulls to defend the 20-day EMA aggressively.

Contrary to our assumption, if the bulls fail to propel the price above $0.0461161, the ADA/USD pair is likely to dip back to the 20-day EMA. We anticipate the price to bounce off this support. Our bullish view will be invalidated if the bears sink the price below $0.040.