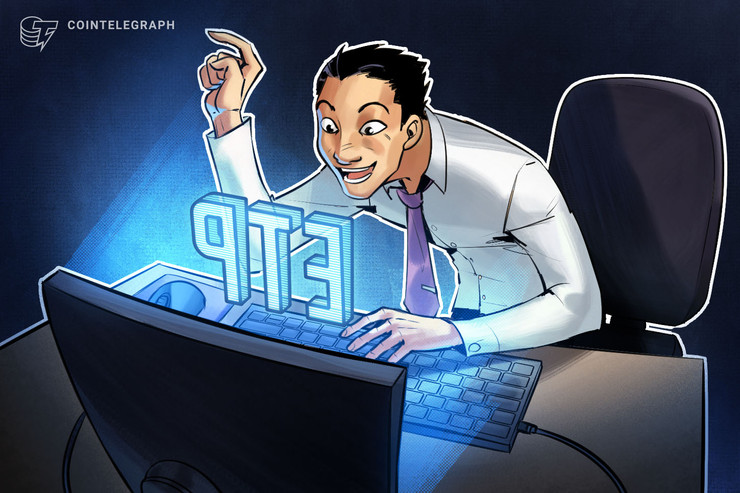 As Cointelegraph Japan reported earlier today, Amun launched the derivative in question on Jan. 22 on Switzerland’s leading stock exchange, Six Swiss Exchange. The description of the product on the firm’s official website is as follows:

“The 21Shares Short Bitcoin ETP (Ticker: SBTC) seeks to provide a -1x return to the performance of Bitcoin for a single day. This product obtains short exposure through borrowing Bitcoin and simultaneously selling it on an execution platform.”

According to its official website, the Six Swiss Exchange has seen 1.94 billion Swiss francs ($2 billion) in operating income in 2018, 2.88 billion Swiss francs ($2.97 billion) of net profits in 2018 and has 2,594 employees. The exchange also claims to have a 70.8% market share of trading in the Swiss Leader Index. Six exchange also has 32.4 million financial instruments in its database.

In a press release announcing the new product published earlier today, Amun’s CEO Hany Rashwan explained that the launch of this ETP is an important addition to its derivatives. He claimed:

“We have worked hard to be in a position to launch the first inverse Bitcoin ETP on a regulated trading venue here in Switzerland. Amun offers an existing suite of long investment products for a variety of crypto assets, however, the one missing puzzle was to deliver a product to capitalize on negative price movements.”

The last product in a long series

An Amun spokesperson told Cointelegraph that — depending on SBTC’s success — the firm may launch more crypto shorting ETPs as well as other products such as leveraged derivatives. The firm’s CEO Hany Rashwan told Cointelegraph that Amun’s products are regulated and claimed that they are easy to use. Then, he also shared his perspective on current products lacking in the crypto derivative landscape:

“Crypto is transforming into an asset class and the demand for derivatives like leverage and inverses is both massive and growing rapidly. Yet, the products that exist today in the form of options/futures are built mostly out of unregulated geographies which dispels institutional investors or are too complicated and require a lot of management which is too complicated for retail investors.”

In December 2019, Amin also got approval to offer its products to retail clients in the European Union, effectively opening access to crypto exposure to a broader demographic.

Many companies launch cryptocurrency derivatives as the investors show an increasing demand for such products.