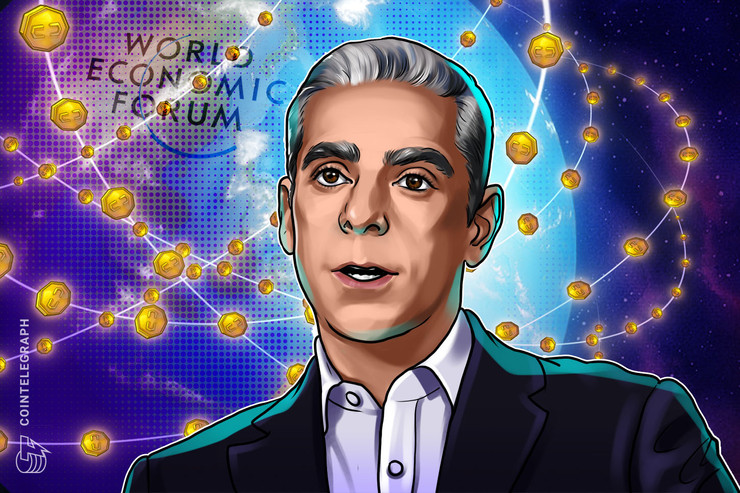 At the World Economic Forum panel discussing digital currencies, the conversation topics included Central Bank Digital Currencies (CBDCs). Calibra’s David Marcus highlighted that regardless of the nature of digital currency, these discussions are key to innovate cross-border payments and solve the issue of the unbanked.

Benoît Coeuré, head of the Bank of International Settlements’ Innovation Hub, revealed that as many as 80 percent of worldwide central banks are interested in CBDCs, primarily of the retail variety.

Marcus explained the difference between “retail” and “wholesale” CBDCs:

“Central banks could distribute the CBDCs in two possible ways. One is wholesale CBDCs, so through existing banks and the banking system, or retail going straight to consumers.”

However, Marcus argued that wholesale CBDCs make little sense in the context of the existing ecosystem, as citizens would be a further step removed and central banks themselves would not benefit from the change. He elaborated:

“The big question is, if you’re actually targeting wholesale distribution to banks, then what problem are you solving? You could probably have some efficiency gains, but banks currently have windows. The Fed, the ECB, they’re quite functional.”

He raised further concerns as to whether banks are technologically equipped to handle retail CBDCs, and the issues they would give to retail banks. He concluded by noting that there are “interesting hybrid models” whose development could solve some of the key issues outlined.

As a proponent of a global currency not backed by specific states, Marcus went on to elaborate on the ultimate purpose of digital currencies:

“When we started this journey almost six months ago, the whole idea was not around a certain way of doing things, but more around [coming] together and [trying] to figure out how we solve a problem that is unacceptable — 1.7 billion people who are currently unbanked, another billion underserved.”

He pointed out the progress seen in telecommunications, where expensive international calls were replaced by internet-based communication apps. Marcus then continued:

“The same hasn’t happened with money. Some of the networks are 50 years old, the web is 30 years old. We still don’t have an easy, cheap, efficient way for people to have access to digital money and move it around. Personally I’m really excited that we’re having all these conversations now.”