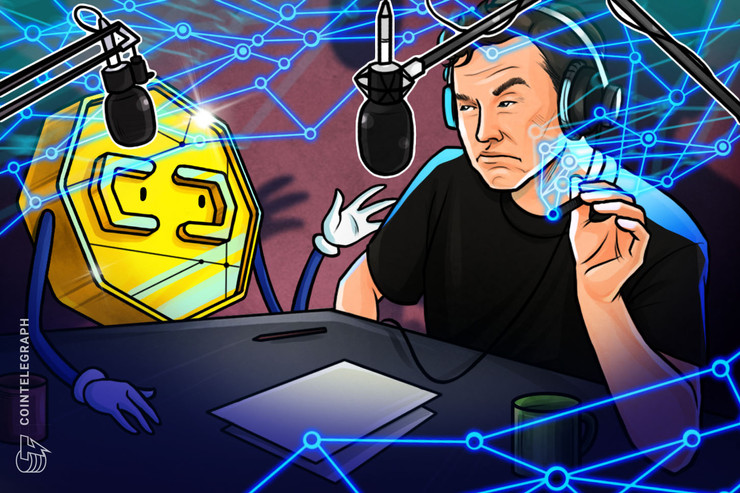 After a long and cryptic series of tweets on Bitcoin (BTC), SpaceX and Tesla CEO Elon Musk elaborated his stance on cryptocurrencies in a Jan. 20 podcast. Noting that he’s “neither here nor there on Bitcoin,” Musk focused on its use for illegal transactions.

The billionaire has recently been in the spotlight for several short and cryptic tweets related to cryptocurrency. On Jan. 10 he published a tweet saying “Bitcoin is *not* my safe word.”

This follows an equally cryptic tweet from April 2019, saying “Cryptocurrency is my safe word.”

But while they were generally considered to be jokes, especially in light of previous tweets where he pledged to take “Tesla private at $420,” Musk’s early history is deeply tied to the financial technology industry.

In 1999, Elon Musk founded X.com, an online bank that through later mergers became PayPal. He mentioned the company in the podcast, noting:

“If PayPal had executed the plan that I wanted to execute on, I think it would probably be the most valuable company in the world.”

The interviewers then asked what Musk thought about Bitcoin and cryptocurrencies, given their spiritual similarity to X.com. Musk replied that he’s “neither here nor there on Bitcoin.”

While referring to Satoshi’s white paper as “pretty clever,” he prefaced by saying that his stance on cryptocurrencies “gets the crypto people angry.” He continued:

Musk noted that cash is increasingly harder to use, but any alternative would have to be usable for both legal and illegal purposes, as “it doesn’t count otherwise.”

Even though he may not be entirely sold on cryptocurrencies, Musk sees a clear purpose for them:

“You must have a legal to illegal bridge. So where I see crypto is effectively as a replacement for cash. I do not see crypto being the primary database [for transactions].”

Despite the negative connotation from being used for illegal purposes, he emphasized that he’s not being “judgmental about crypto.” In Musk’s view, the governments overreach in certain aspects:

While not a full endorsement, Musk is not exactly opposite to cryptocurrencies. In an earlier part of the interview, he said that “banks are in trouble” — though he primarily referred to competitors such as Stripe.

Shiba Inu price rebounds 100% after record lows against Dogecoin — more upside ahead?
‘Haunts me to this day’ — Crypto project hacked for $4M in a hotel lobby
‘Decentralized Infura’ may help prevent Ethereum app crashes: Interview
Bank Of England Mentions Ripple In New CBDC Consultation Paper, Here’s Why
Ethereum (ETH) price is aiming for $1,800 in February — Here is why