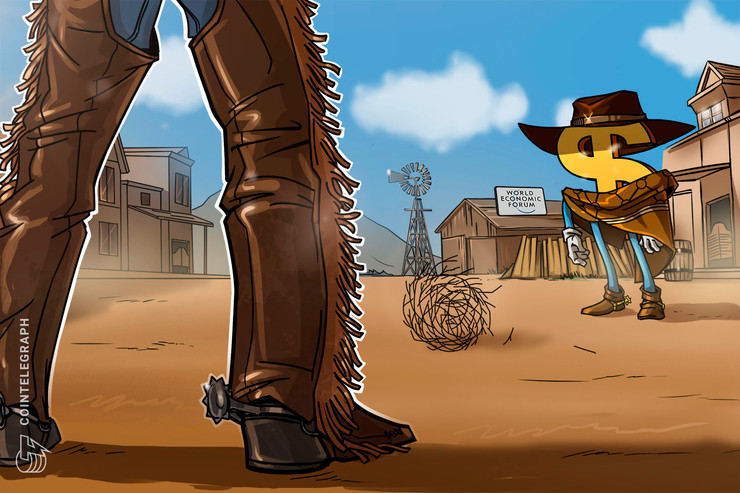 At a Jan. 23 panel at the annual World Economic Forum (WEF) in Davos, officials and financial experts discussed one of the most important mechanisms in the global financing system — the U.S. dollar, which has become the world’s reserve currency.

Called “Challenging the Dominance of the Dollar,” the panel focused on factors that make the U.S. dollar the world’s dominant payment system and reserve currency, as well as the fact that countries over the globe are trying to reduce their dependency on the dollar.

Gopinath, who is also a director at IMF’s research department, opened the panel with comments that named Facebook’s cryptocurrency initiative Libra as a major factor that made everyone in global finance reconsider the status of the dollar as anchor currency.

Brazil’s Economy Minister supported the statement, adding that new technologies like blockchain are paving the way for future currency that will be digital:

“So then there is the new technology, the digital, the blockchain. […] The Libra episode is just evoking a future digital currency.”

“Why is it that the dollar has such dominance? It does because it is the currency that provides the best stability and safety. […] It makes complete sense to hold your value in dollars because if things go bad, it gains value.”

The fact that WEF economists now agree that Facebook’s Libra has pushed global authorities to start reconsidering their approach to the world’s reserve currency, is definitely reinforcing the status of emerging fintech technologies as well as blockchain.

Meanwhile, some officials have already warned that projects like Libra can have a huge impact on the U.S. dollar. In August 2019, Mark Carney, the governor of the Bank of England, suggested that Libra-like digital currency could replace the U.S. dollar as the world’s reserve currency. Carney said that replacing the dollar with a digital currency would be a better option than allowing its reserve status to be replaced by another national currency such as China’s renminbi.

As reported by Cointelegraph, Libra initially proposed to back its crypto project by several national currencies including the U.S. dollar, euro, Japanese yen, British pound and Singapore dollar, allegedly excluding the Chinese yuan from the group of reserve assets.