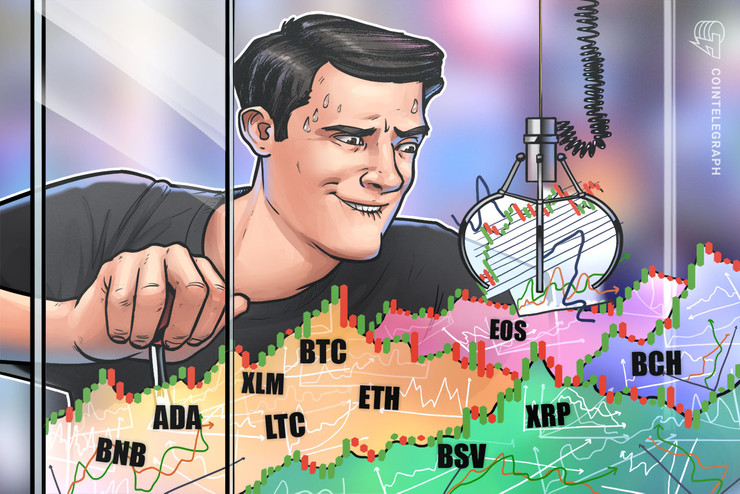 The International Monetary Fund chief economist Gita Gopinath said in a panel discussion at the annual World Economic Forum (WEF) in Davos that Facebook’s Libra was a major trigger that made people reconsider the status of the dollar as the reserve currency of the world. Brazil’s Economy Minister Paulo Guedes, who was also a part of the panel, said that “the Libra episode is just evoking a future digital currency.”

The WEF also announced the formation of a Global Consortium for Digital Currency Governance, which will provide a framework to regulate digital currencies, including stablecoins. This shows how the central banks and regulators around the world are gradually gravitating towards the new technology.

Ripple CEO Brad Garlinghouse meanwhile hinted at an initial public offering (IPO) within the next 12 months. He believes that many other crypto and blockchain firms are likely to go down the IPO route in 2020. Some firms believe that public listings on traditional stock exchanges might attract institutional investors who have been slow to enter the nascent asset class due to various regulatory concerns.

Though the crypto space is witnessing a lot of activity on the fundamental front, the price is yet to share the enthusiasm. Let’s see if we find any buying opportunity after the recent weakness.

Bitcoin (BTC) dipped below the 20-day EMA at $8,350 today but quickly turned around. This shows that the bulls are buying on dips rather than panicking and dumping their positions, which is a positive sign.

However, if bears defend the overhead resistance level, the pair might remain range-bound for a few more days. The flattening 20-day EMA and the RSI just above the midpoint also suggest a consolidation in the near term.

The pair will turn negative if the bears sink the price below the 20-day EMA and $7,856.76 support zone. Therefore, traders can keep the stops on their long positions at $7,600.

Ether (ETH) has bounced off the strong support at $157.50. The 20-day EMA is placed just below this level. Hence, we expect the bulls to defend this support aggressively. The biggest altcoin is now likely to move up to $173.841.

The 20-day EMA is flattening out and the RSI is slowly dropping towards the 50 levels, which suggests a range-bound action for a few days. The ETH/USD pair will pick up momentum after it breaks out of the $173.841 and $180 resistance zones.

Contrary to our assumption, if the bears sink the price below the 20-day EMA, there is minor support at $151.829. If this support also cracks, the ETH/USD pair will turn negative. Hence, traders can retain the stops on their long positions at $150.

XRP had dropped below the neckline of the inverted head and shoulders (H&S) pattern today, which is a negative sign. The failure of the bulls to defend the critical support at the neckline shows a lack of buyers at these levels.

The bulls are currently attempting to push the price back above the neckline. If successful, it will indicate that the current break below the neckline was a bear trap. The XRP/USD pair will pick up momentum on a break above the 200-day SMA.

Bitcoin Cash (BCH) turned down sharply on Jan. 23 and broke below the 20-day EMA at $303 today. However, buyers stepped in at $296.13, which is just above the 50% Fibonacci retracement level of the recent rally.

The sharp bounce off the intraday lows indicates strong demand at lower levels. The bulls will now attempt to carry the price to $360. This level is likely to act as a stiff resistance once again. The 20-day EMA is flattening out and the RSI is just above the midpoint, which suggests a consolidation for a few days.

On the downside, there are a few support levels between $306.78 and $270.15. However, if these break down, and the bears sink the BCH/USD pair below $270.15, it will be a huge negative. We will wait for the current bounce to sustain before recommending taking a trade in it.

Bitcoin SV (BSV) turned down from the overhead resistance at $337.80 on Jan. 22 but bounced off the support at $236. This shows that the bulls continue to accumulate on dips to $236.

The bulls will now attempt to carry the price to $337.80, which is likely to again act as a stiff resistance. If the price turns down from $337.80, it will remain range-bound for a few more days.

Contrary to our assumption, if the bears sink the pair below $236, a drop to $200 and below it to $173.66 is possible. We will wait for a reliable buy setup to form before proposing a trade in it.

The failure to scale above $66.1486 dragged Litecoin (LTC) back to the critical support at $50. The long wick on the candle shows buying by the bulls at lower levels. This is a positive sign as it shows that buyers are keen to jump in at lower levels.

We spot a developing cup and handle pattern that will complete on a break above the overhead resistance at $66.1486. This pattern has a target objective of $96.439.

However, if the bulls fail to push the price above $66.1486, the LTC/USD pair might remain range-bound for a few days. The pair will turn negative on a break below $50. We will wait for the price to sustain above the 20-day EMA before recommending a trade in it.

The bounce from the 200-day SMA on Jan. 19 was short-lived, which is a negative sign. It shows a lack of demand at higher levels. EOS again dipped back to the 200-day SMA, which triggered our stop-loss on the remaining long positions kept at $3.4.

However, the bulls have again defended the 200-day SMA and are attempting a rebound. If successful, the buyers will attempt to carry the price to $4.24.

Conversely, if the bears sink the price below the moving averages, the EOS/USD pair can dip to $3. We will wait for a new buy setup to form before proposing a trade in it once again.

Binance Coin (BNB) continues to trade inside the $16.50 to $18.50 range. The bulls again bought the dip to $16.50 today, which shows demand at lower levels. This is a positive sign. The price might once again move up to $18.50, which is likely to act as a stiff resistance.

A break above $18.50 is likely to push the price to the 200-day SMA at $20.23 and if this resistance is crossed, a move to $21.80 is possible. The longer the price stays inside the range, the stronger the eventual breakout will be.

Stellar Lumens (XLM) has dipped to the 20-day EMA. This triggered our suggested stop-loss on the long positions at $0.056. If the altcoin bounces off the 20-day EMA, the bulls will attempt to push the price above the 200-day SMA.

A move above $0.0665 is likely to attract further buying that can propel the price to $0.088708. On the other hand, if the bears defend the 200-day SMA, the XLM/USD pair might remain range-bound for a few more days.

The pair will turn negative on a break below the 20-day EMA. Below this level, a drop to $0.051014 is possible. We will wait for a new buy setup to form before suggesting a long position once again.

Cardano (ADA) turned down from the overhead resistance at $0.0461161 on Jan. 23, which shows that the bears are defending this level aggressively. However, on the downside, the price is attempting to bounce off the 20-day EMA, which suggests accumulation by bulls at lower levels.

If the buyers can push the price above $0.0461161, the ADA/USD pair is likely to pick up momentum and rally to $0.0560221. Therefore, we suggest traders initiate long positions as suggested in our earlier analysis.