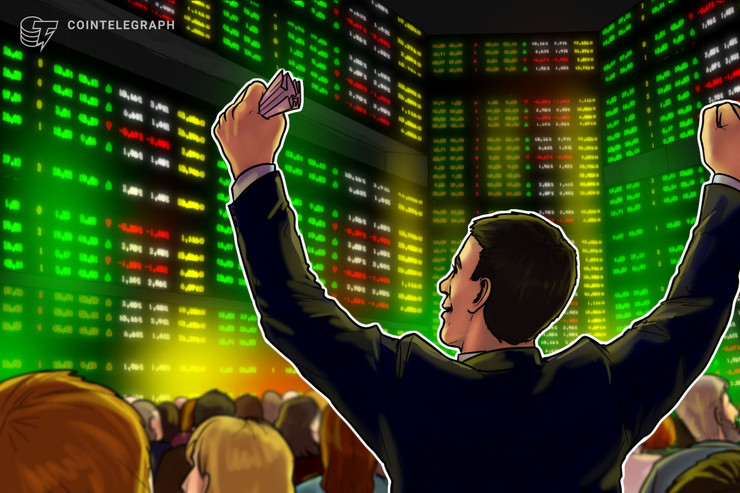 CME Group launched new Bitcoin options on Jan. 14, which was revealed by the company’s global head of equity products Tim McCourt. The introduction of crypto options by a derivatives heavyweight in CME will further uplift the institutional infrastructure supporting the asset class.

Over the long term, investors generally anticipate improvements in the infrastructure surrounding Bitcoin (BTC) to have a positive impact on the cryptocurrency market.

CME Bitcoin options is a net positive for crypto

Speaking to Cointelegraph, cryptocurrency technical analyst Eric Thies said that CME options will bring in more stability in the market over the long run. Accredited and institutional investors will have a diverse selection of vehicles to use to enter into the cryptocurrency market. That variety will strengthen the foundation that would take cryptocurrencies from an emerging to an established asset class. He said:

“I’m optimistic it’s bullish for longer-term stability and that it also signals something more significant once you compound it with several other events around the market.”

Up until mid-2019, hedge funds and institutional investors did not have sufficient infrastructure to properly invest in Bitcoin and other crypto assets. There were trusted custodians, like Coinbase and Xapo, operating independent custodial services, but other than that, services like Bakkt were non-existent.

Related: CME’s Futures Options Sprinted Out of the Gate but a Marathon Lies Ahead

In the long term, Thies believes that the availability of CME options will synergize with the progress of other key players in the crypto industry, in the likes of United States-based exchange Gemini. Throughout the past year, Gemini has placed heavy emphasis on compliance and securing insurance for cryptocurrency investors in the U.S. Such improvements contribute to the overall prosperity of the cryptocurrency market.

Thies explained that such developments are building up baseline assurances that any hedge fund would need before joining what was previously an incredibly volatile space, adding:

“Institutions being handed a key to an on ramping BTC during a halving year sure seems like a good recipe for fireworks for the year or so after the actual event.”

An option typically works like a discounted buy order of an asset at a certain time. For instance, if a trader believes the price of Bitcoin will be at $4,000 by the end of 2020 and buys an option for it, the trader will pay a premium of around 30–40% to obtain the right to buy Bitcoin at $4,000 by that certain period.

In the short term, the options market is unlikely to have any significant impact on the price trend of Bitcoin. Based on data from the Skew research team, Deribit accounts for $224 million of the total BTC open interest.

By nature, the volume of the options market is not likely to surpass the volume of the futures market. As such, for short-term price movements, margin trading platforms, like BitMEX and Binance, will have a stronger effect on the price of Bitcoin.

Over time, however, Three Arrows Capital CEO Su Zhu said that the options market is expected to see record-high volumes throughout 2020: “Near-record volume on BTC options yesterday, I expect this record to be broken several times over the course of the coming year.”

It shows the confidence CME has in the Bitcoin market

CME, as a multi-billion dollar derivatives company, has no incentive to push for Bitcoin options and other investment vehicles if there simply is no traction or demand from the market. As the company’s executive Tim McCourt said, CME’s Bitcoin futures market facilitated around $270 million per day:

“We’re pleased our CME Bitcoin futures have rapidly evolved over the last two years to become one of the most liquid, listed Bitcoin derivatives products in the world, averaging nearly 6,400 contracts (equivalent to 31,850 Bitcoin) traded each day in 2019.”

31,850 BTC at the current price of $8,500 is equivalent to $270 million and that is similar to the spot volume of major exchanges in the global market.

For CME, Bitcoin futures and derivative products are established revenue streams for the company, and it indicates that there is enough demand from investors for CME to continue focusing on the cryptocurrency market. On Jan. 21, Cointelegraph reported that the CME Bitcoin options volume doubled to $5.3 million merely seven days after their launch.

According to Alistair Milne, the chief investment officer at Atlanta Digital Currency Fund, the upcoming Bitcoin block reward halving in May 2020 is not priced into the price of Bitcoin. Google Trends data shows that search interest for the phrase “halving” has surged to November 2016 levels. 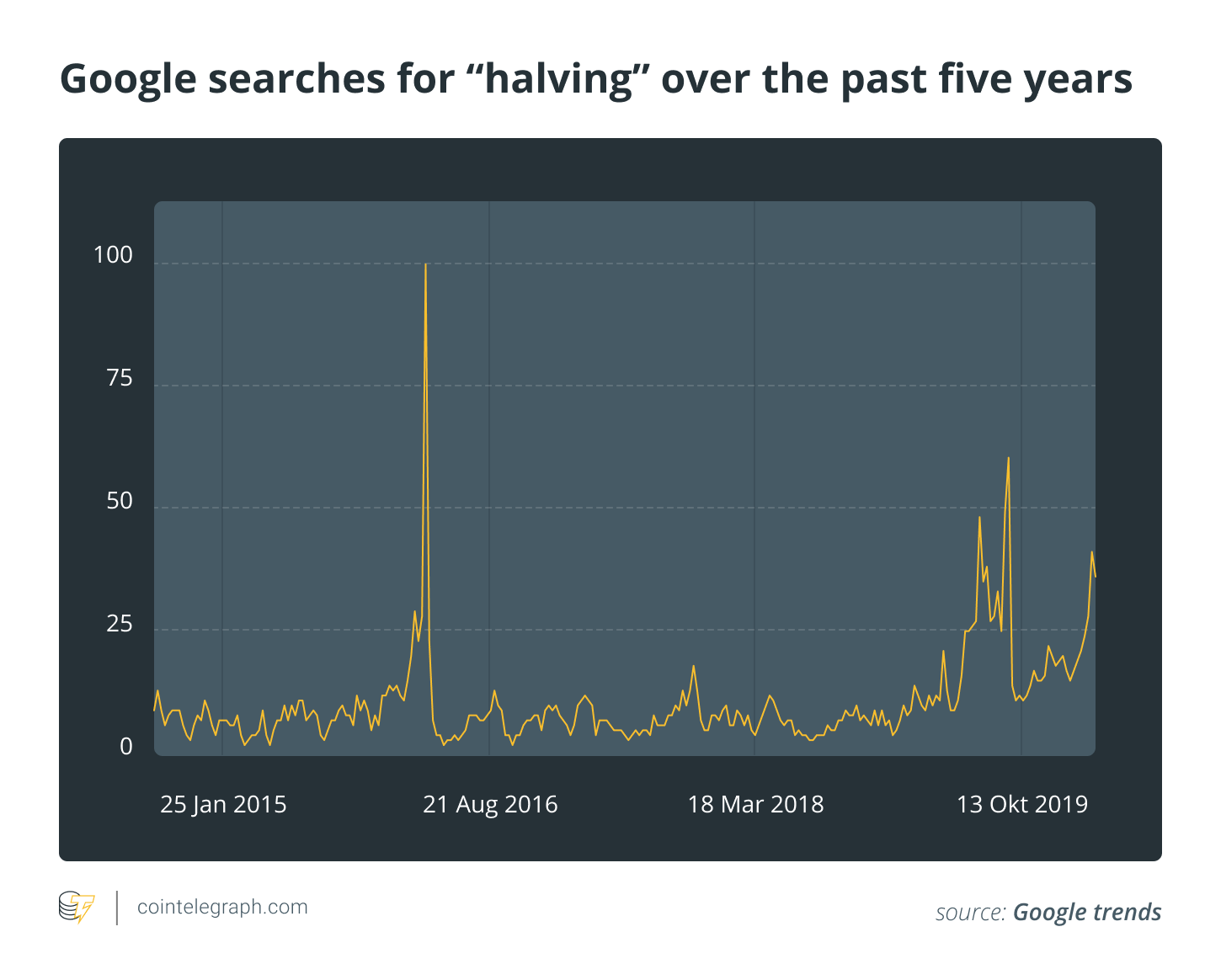 As the increase in the volume and open interest of CME’s futures and options markets show, the institutional demand for Bitcoin is already on the rise. Studies have shown that most institutional investors are not aware that the block reward halving will take place in about four months. A report from Grayscale read:

“The halving is close enough that it’s time to start talking about it more seriously, but far enough out in the future that it’s unclear whether it’s priced into the market efficiently.”

Whether the high demand for Bitcoin futures and options products throughout the past three months indicate that institutions are anticipating the halving have an impact on the price of BTC remains to be seen.

Historical data indicates that a halving does not cause an immediate price spike for BTC. Rather, in the previous two halvings, it took Bitcoin about 6–12 months for a properly extended rally to begin. That goes in line with the tendency in the crypto market to “sell the news,” which refer to investors selling cryptocurrencies following a large event like an important network upgrade or halving.

But, the argument in favor of the halving affecting the Bitcoin price in the medium term has been that any event that impacts the supply of an already scarce asset in Bitcoin can have a significant effect on the price trend of BTC.

The options market alone may not have enough volume or total open interest to sway the Bitcoin price. When it is put together with major events like halving and institutions becoming growingly aware of it, it can have a bigger effect on BTC than many anticipate.