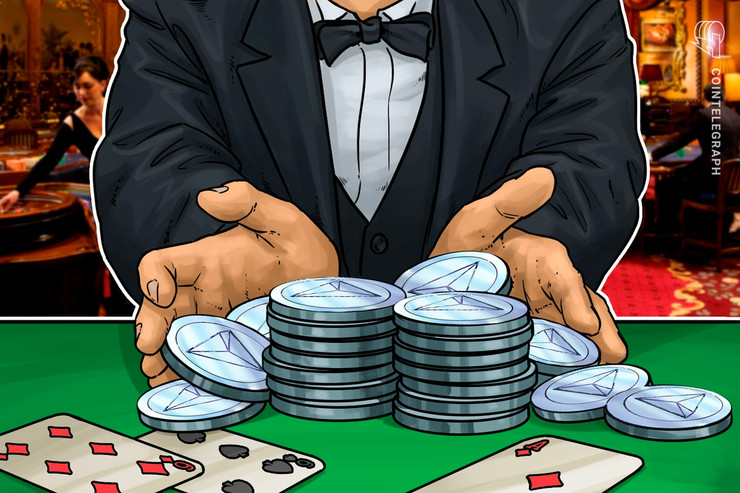 Tron has made a name for itself in the crypto asset space and DApp world, although a huge portion of the protocol’s transactions rely on the gambling industry.

A hefty 17 of the top 25 most-used Tron DApps fall in the gambling category on DappRadar’s list of most popular Tron protocol-based DApps.

The eight non-gambling Tron-based DApps on the list fall in several other categories, such as High-Risk, Exchanges and a general “games” tag.

These non-gambling DApps, however, host significantly less volume than their gambling counterparts, with the exception of two other applications listed as exchanges.

Ethereum, Tron and EOS ran the show in 2019 in terms of DApp usage, taking a combined 98.65% of the total DApp transaction volume for the year, as Cointelegraph reported in January 2020.

Tron’s ecosystem posted a staggering $4.4 billion in volume in 2019, with its gambling DApps filtering approximately 89% of that money flow, DappReview said in its 2019 DApp write-up, calling Tron’s decentralized application ecosystem, “Las Vegas on the blockchain.”

Meanwhile, Tron founder Justin Sun pulled up a chair next to Apple co-founder Steve Wozniak for lunch earlier this week, tweeting about the meal after the fact on Jan. 24.

Cointelegraph reached out to Justin Sun for comment but received no answer as of press time. This article will be updated accordingly upon receipt of a response.