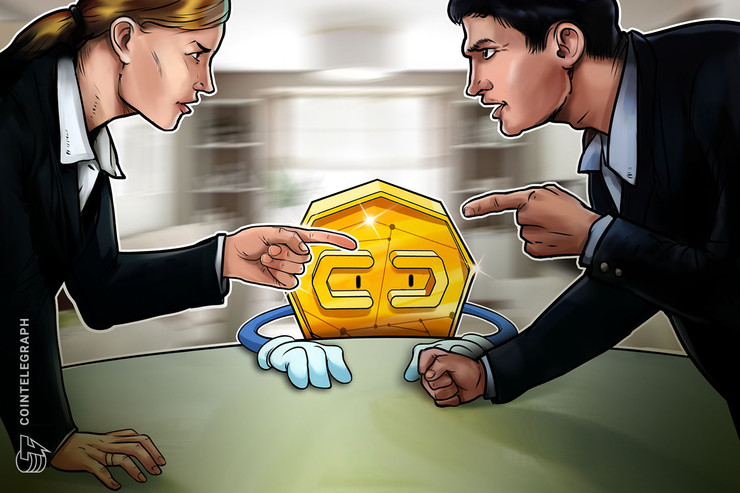 Earlier this week, the Chamber of Digital Commerce went ahead and filed an amicus brief for the ongoing court hearing taking place between Telegram — one of the world’s most widely used encrypted messenger services — and the United States Securities and Exchange Commission.

In its most basic sense, an amicus brief is a legal document that provides non-litigants with the right to submit their views and opinions in relation to an ongoing case for the court’s consideration. The brief was authored on behalf of the CDC by Lilya Tessler, a partner and the New York head of Sidley Austin LLP.

Similarly, another brief filed by the Blockchain Association on Jan. 21 appears to be in clear support of Telegram. The association’s brief explicitly opposes the SEC’s move to block Telegram from delivering its native crypto tokens, Grams, to the early investors who participated in its initial coin offering. As part of its central argument, the independent body states that the purchase agreements offered by Telegram were designed to fully comply with the SEC’s existing securities rules.

CDC argument in a nutshell

As part of its filing, the CDC put forth a number of arguments as to how the U.S. District Court for Southern New York should view digital assets. For example, it urged the judiciary to make a clear distinction between the term “digital asset” — the subject of an investment contract — and the securities transaction associated with it.

This is because, as things stand, there is no real clarity in regard to the following subjects:

Since its inception back in 2014, the Chamber for Digital Commerce — a nonprofit trade association — has been working tirelessly to promote the adoption of crypto and blockchain-based technologies all over the world.

Additionally, the principles governing the U.S.’s existing securities laws were drafted nearly a century ago, when the SEC was first established by Congress. Since then, the Securities Act of 1933 and the Securities Exchange Act of 1934 seem to have dictated much of the U.S. government’s approach to financial regulation.

Not only that, but since SEC’s inception, a number of interesting cases seeking to define the term “securities” have been tried in front of the U.S. judicial system, with the most famous example being the SEC vs. Howey Co. trial, which resulted in the creation of the Howey Test — a set of criteria that can be used to determine the purview of the SEC’s jurisdiction over securities. Gregory Klumov, founder and CEO of euro-backed stablecoin Stasis, told Cointelegraph:

“If a developer team retains certain assets and sells it to investors, it falls into the definition of security. I think that the U.S. legislation must be shaped to take into regard emerging technologies and new business models that hadn’t been present not only in the days of SEC creation but also during the judicial battles on security definitions.”

What is the CDC proposing?

Simply put, the CDC is of the opinion that digital assets should be viewed on a case-by-case basis and that newer, more recently established regulatory policies should be enacted when considering matters related to this novel asset class.

To further elaborate on the subject, Cointelegraph reached out to Anti Danilevski, CEO and founder of Kick Ecosystem. He pointed out that the CDC isn’t really pushing for a framework that would benefit them specifically, but rather for one that’s consistent among all digital assets — so as to ensure that a case like “SEC vs. Telegram” does not happen again. He further added:

“They do have suggestions as to what the SEC could do regarding the case, with the primary one being the “reasoning used by the U.S. Supreme Court in SEC v. W.J. Howey Co,” which is that an asset does not become a security “simply by virtue of being the subject of an investment contract.” Not only would this help prevent a blanket regulation over all cryptocurrencies, but it would ensure that this developing technology has the room to expand without facing regulatory pushback.”

In regard to the matter, Alexey Ermakov, the founder and CEO of crypto-centric mobile finance app Aximetria, told Cointelegraph that the Chamber of Digital Commerce’s core argument is pretty much the same as the one put forth by Telegram’s legal council.

However, it does raise questions that seem to be broader and more specific than the ones related to this case. For starters, the CDC claims that once Telegram’s native tokens (referred to as Grams) are issued, they will immediately be classified as utility tokens and thus won’t be subject to securities laws. Ermaov further added:

“The U.S. securities laws have been around for more than eight decades and they have already made the point in 2017 with the Munchee case that calling a token a ‘utility token’ does not unmake it a security.”

He then proceeded to say that the crypto market is currently undergoing a phase of evolution, which is forcing traditional crypto assets like BTC and ETH to be replaced by more modern cryptocurrencies such as Gram, Libra, Venus, etc.

“While it somehow contradicts the philosophy of blockchain and decentralization of power, for the average person it does not really matter whose currency they are using as long as they get paid. The crypto industry will continue to develop in the direction of replacing traditional financial instruments, such as loans, profitable deposits, and insurance services.”

Lastly, as part of its amicus brief, the CDC attempted to explain to the court what other regulatory agencies outside of the U.S. have done in terms of administering their local crypto markets. Most digital assets are being classified into three main categories:

One of the core issues that the CDC has sought to discuss with the U.S. judicial system is the issue of whether a token sale can be classified as an investment contract or not. To better understand the nonprofit organization’s stance on the same matter, Cointelegraph spoke with Philip Moustakis, counsel for Seward & Kissel and an advisor of companies and individuals on SEC-enforcement matters. In his personal opinion, everything depends on the facts and circumstances regarding a sale, not whether the thing being offered and sold is a digital token:

“The CDC argues, that certain activities, not the technology, should be regulated by the appropriate regulators. The SEC takes a principles-based approach to regulation and enforcement that, generally, is technology-agnostic and looks to the economic realities of a transaction. In this respect, they seem to be on the same page. The CDC is simply trying to focus the court on the fact that there are two financial instruments involved here, not one, that is, the purchase agreement and the Grams, and they must be analyzed independently of one another.”

On the subject of the CDC claiming that not all digital assets should be regulated as securities, Moustakis believes that The SEC has never branded something a digital asset just because it is blockchain-based, adding:

“In its amicus brief, the CDC expressed its concern that orders issued by the SEC in certain settlements have not, in the CDC’s view, parsed the transactions at issue carefully enough and taken an independent look at the underlying digital assets offered.”

Lastly, he expounded on the reasons why the CDC asked the court to provide digital asset investors with all of the protections that today’s existing securities laws offer. Meanwhile, Moustakis also stressed that not all digital asset-related transactions require the protection of securities laws, and thus the Chamber was basically saying that if a token involves the offering of a security it, of course, must comply with appropriate securities laws and regulations. However, the court needs to be mindful that not all token offerings are securities offerings.

It is worth highlighting that the SEC classifies nearly every cryptocurrency, aside from Bitcoin and Ethereum, as securities. This is because, aside from those two, most cryptocurrencies have been created via an ICO, whose value directly benefits the company behind their development and from the use of which, investors can make a profit.

When it comes to utility tokens, this topic is still up for debate — as is the case with XRP, since there are grounds to say that XRP is not a security, as it doesn’t necessarily represent an investment vehicle designed for profits.

Related: Telegram’s Legal Battle With the SEC Heats Up Over TON Bank Records

In regards to the Telegram vs. SEC case, the amicus brief filed by the Blockchain Association states that since the purchase agreements offered by Telegram were strictly limited to accredited investors — who were promised the tokens after the official launch of the company’s native blockchain network — the company did nothing wrong.

Since last year, the crypto industry has been witnessing an enormous amount of interest around stablecoins, a digital offering that presents users with all of the various advantages of cryptocurrencies while having their values pegged to a stable fiat asset such as the U.S. dollar, the euro and others.

Not only that, but many countries and mainstream multinational corporations (like JP Morgan Chase, Walmart, AirAsia, Mitsubishi Nornickel, and Tencent) are also either already using or planning to launch their very own cryptocurrencies.

Thus, in regard to how the regulatory future of the crypto market seems to be evolving, Yusaku Senga, founder of cloud computing platform Swingby Protocol, told Cointelegraph that as with many new emerging technologies, their legal foundations often tend to clash with outdated, ill-fitting legislation — thus creating gray areas in which both good and bad actors can operate:

“We should wholeheartedly embrace, and actively work on sensible legislation that helps regulate the industry and lay the groundwork for wider adoption of blockchain applications. I agree that the existing securities laws are too blunt for dealing with such a nuanced industry and we hope that these recent developments are indicative that regulators across the world are engaging with the industry in a more detailed way.”