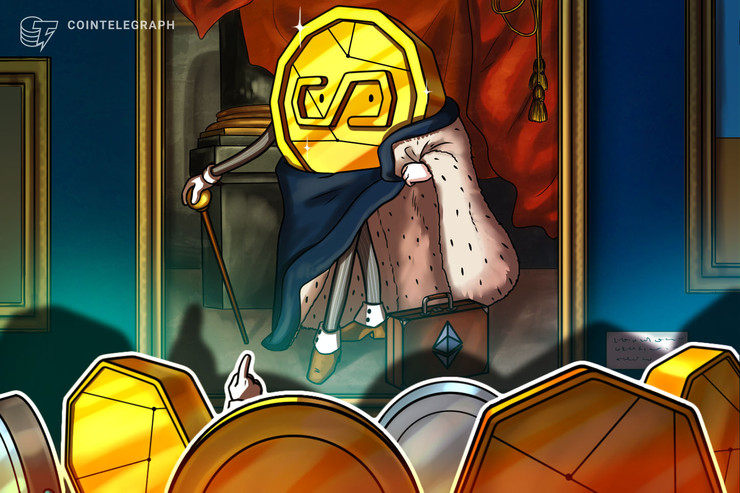 Of all the Ether (ETH) locked in the collateralized debt positions (CDPs) of the old MakerDAO system, 27% belongs to a single Ethereum address. Financial technology data firm Digital Assets Data shared these findings with Cointelegraph on Jan. 26.

Dai, which was created by MakerDAO, allows users to borrow or generate the stablecoin by staking their cryptocurrency holdings as collateral. Dai was not supported with bank accounts of reserve currencies but rather is generated by putting Ether into a CDP smart contract.

In November 2019, the Dai stablecoin reached its 100 million token debt ceiling and introduced multi-collateral Dai (MCD) that can be backed by multiple assets.

The old, single-collateral Dai — Dai that generated only with Ether — became known as “Sai,” while the new MCD is now referred to as “Dai.” CDPs for different assets were rebranded as “vaults” i.e. Ether is stored in an Ether vault, while Basic Attention Tokens (BAT) are stored in a BAT vault.

Anderson added that these addresses are not necessarily a single entity:

“It is possible that one or more of those addresses could be smart contracts that contain ETH as a part of MakerDAO, and do not represent a single entity. Without a significant amount of additional research, we cannot commit to singling out/identifying these addresses.”

He concluded that, while there are large players that likely control a disproportionate amount of locked Ether in the ecosystem, the amount of total locked assets has increased over time and “these protocols are indeed open to anyone that wants to participate.”

Over 3,500 vaults have been created with the new system, most of which hold over 1 ETH, according to Digital Assets Data.

As Cointelegraph reported in late November 2019, the number of Ether locked in decentralized finance (DeFi) applications reached an all-time high of 2.7 million ETH, according to DeFi monitoring resource DeFiPulse, and has been steadily growing since the end of June.

UK’s FCA hints at why its given only 15% of crypto firms the regulatory nod
3 signs Axie Infinity price risks giving up its 135% gains in January
Ethereum vs. Bitcoin: ETH price risks 20% drop if key support level breaks
Aave deploys V3 on Ethereum after 10 months of testing on other networks
This XRP Ledger Amendment Goes Live Today, Without Ripple’s Approval