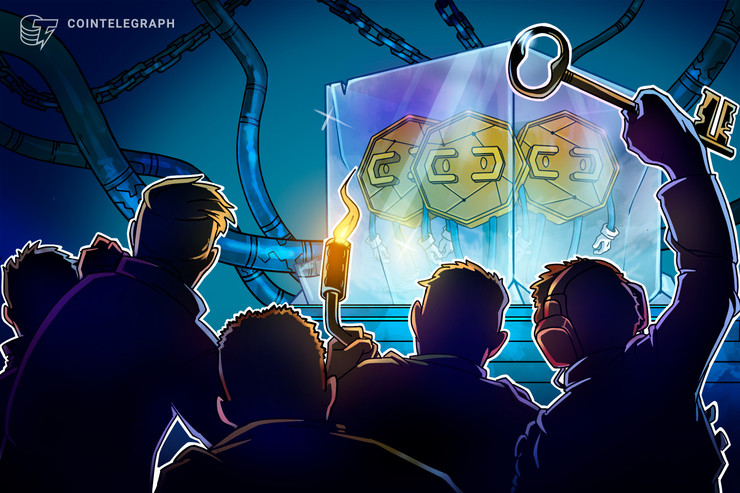 Finland-based LocalBitcoins, one of major global peer-to-peer (P2P) crypto exchanges, has reportedly suspended user accounts in some countries in Africa, the Middle East and Asia without warning, with some users being unable to withdraw their Bitcoin, Forbes reports Jan. 25.

According to the report, the first complaints started coming in last week, with LocalBitcoins users in countries like Afghanistan, Iraq, Nigeria, Syria, and Pakistan claiming that they were not able to withdraw their Bitcoins without deleting their accounts.

As LocalBitcoins has made no official announcement on the matter, Cointelegraph has asked the company to provide a comment but did not receive an immediate response. This story will be updated should they respond. Meanwhile, LocalBitcoins tweeted on Jan. 28 that they have some planned website maintenance work, which reportedly lasted for one hour.

Following the suspensions, one of the alleged affected users of LocalBitcoins suggested on Reddit that the action must be connected with the European Union’s new Anti-Money Laundering (AML) law, which is known as 5th Anti-Money Laundering Directive (5AMLD). In a Jan. 28 post on Reddit, the user claims that new accounts users are not able to send Bitcoin that they received in their wallets, while customer support is not responding “at all.”

In a separate Jan. 22 personal blog post, the Redditor reported the issue in detail, noting that those users who got their LocalBitcoins accounts suspended were shown the following message:

Other Redditors reported that the affected LocalBitcoins users will have to wait for at least 14 days to delete their accounts in order to withdraw their Bitcoin. One Redditor purportedly had to request the deletion of his account in order to get access to his crypto, noting that he was likely to have been affected by the new unannounced policy by LocalBitcoins:

“It’s really sad to see that even though I have a fully verified Tier 2 status, my account has been put on a forced holiday probably because I am in one of the targeted countries. […] I really hope I do get my bitcoins back after 14 days. I have submitted an account deletion request and received a confirmation email from your support team.”

Another Redditor, who claims to represent a crypto-related business in Lebanon, reported that LocalBitcoins suspended his account without sending any email before blocking the account. Nader Dirany, a co-founder of the local crypto business, complained that the account suspension has led to termination of his whole business despite him having set up the account almost 3 years ago as well as verified his account with the passport.

Meanwhile, Bitcoin is becoming more and more important in Lebanon amid the intensifying economic crisis in the country, Dirany said in an email to Cointelegraph. He considered LocalBitcoins’ (LBC) decision to suspend his account unfair:

“Sincerely I consider the LBC’s decision is unfair and unjustified, and a catastrophe on my business; especially that I resigned on September-2019 from my position as “Principal Consultant” in Utilities & Energy as to focus on having an online business in Cryptocurrency where LBC platform is considered one of its main pillars.”

Founded in 2012, LocalBitcoins has emerged as one of the most popular Bitcoin exchanges for allowing safe P2P transactions with directly between the retailer and the customer and without involvement by any third party. However, the popular exchange started seeing a notable drop in trading volumes after the exchange abruptly terminated the option for users to perform local cash trades in June 2019. As LocalBitcoins continued to tighten its AML policies in 2019, its global Bitcoin trading volumes have been gradually dropping to touch a multi-year low in early 2020. According to data from Bitcoin statistics website Coin Dance, global Bitcoin trading volumes on LocalBitcoins dropped more than 50% since September 2019 by early January 2020.

LocalBitcoins’ proprietary AML and Know Your Customer policies are not the only reason for the massive decline of BTC trading on the platform. On Jan. 10, the European Union’s AML law 5AMLD officially came into force, forcing some companies to cease or relocate operations before the beginning of 2020.

In an interview in November 2019, LocalBitcoins CEO Sebastian Sonntag said that he expected that the KYC situation would become more stable “in the following weeks,” projecting that “improvements in the verification flow should also influence positively.”