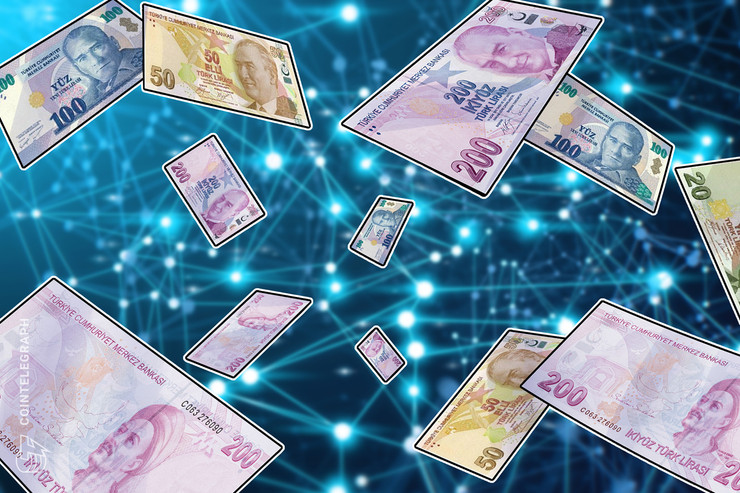 United Kingdom-based cryptocurrency data and wallet provider Blockchain.com has launched a gateway for the Turkish lira on its crypto exchange.

Blockchain.com is the latest major crypto exchange to join the growing roster of crypto platforms with a direct gateway for the Turkish lira, according to a press release published on Jan. 29. Blockchain has launched full banking integration to enable users to deposit and withdraw TRY on the exchange platform.

Crypto users from Turkey don’t need a third-party payment method to buy and sell crypto on Blockchain.com Exchange. The release says that “Turkish users can now deposit, withdraw, and use TRY to buy Bitcoin (BTC), Ether (ETH) and Tether (USDT) and convert their crypto into the fiat currency of their choice.”

The lira is the fourth fiat currency supported on Blockchain.com Exchange, launched in late August. The platform also supports pound, dollars, and euros. Blockchain.com Co-founder and CEO Peter Smith called Turkey as one of the countries leading the charge to embrace cryptocurrencies, adding that “Blockchain.com is dedicated to providing a fair, global market for Turkey’s crypto traders.”

Peter Smith’s description of Turkey echoes sentiments from Binance CEO CZ, who told Cointelegraph in an earlier Q&A that “Turkey is a vibrant country that has illustrated one of the strongest demands and fast-growing interest in crypto.” Shortly after the interview, Binance added support for buying Bitcoin and other cryptocurrencies with the Turkish lira through a local wallet partner.

Huobi is another global exchange to establish a local office in the country. Their fiat gateway for the lira, first announced at the Eurasia Blockchain Summit last September, is still pending. But the Singapore-based crypto exchange has made some solid moves into the market by joining the Blockchain Turkey Platform and hiring ex-Deloitte Audit exec Alphan Gogus to lead the local efforts.

While planning to keep an eye on crypto, the Turkish government also wants to support the adoption of blockchain in the country. Cointelegraph reported that Turkey has plans to establish a national blockchain infrastructure. As part of the roadmap, the country aims to finish testing of a national central bank digital currency (CBDC) in 2020.