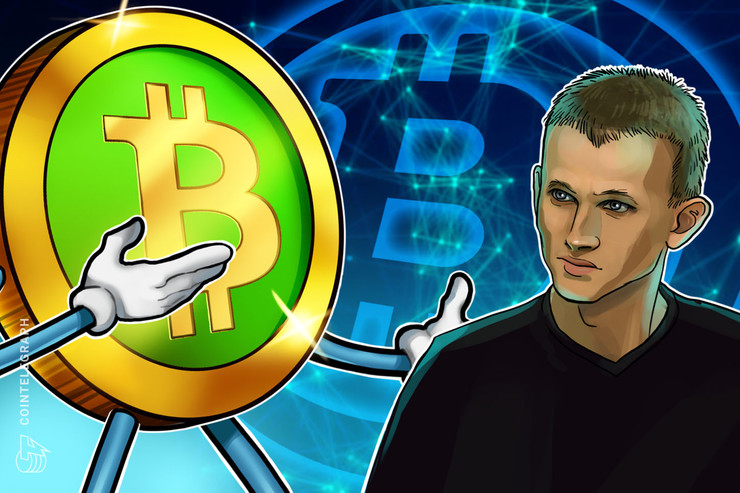 In a recent tweet, Ethereum network co-founder Vitalik Buterin said Bitcoin (BTC) and Bitcoin Cash (BCH) are not the same.

“Bitcoin Cash is not Bitcoin,” Buterin said in a Feb 1 tweet responding to Brad Mills’ accusation of Buterin as Bitcoin Cash promoter.

Several tweets exist that might suggest Buterin is not 100% against BCH, although he clearly made the distinction that BCH is not BTC, even back in 2017.

“I consider BCH a legitimate contender for the Bitcoin name,” Buterin tweeted on Nov. 13, 2017. “I consider bitcoin’s *failure* to raise block sizes to keep fees reasonable to be a large (non-consensual) change to the ‘original plan’, morally tantamount to a hard fork.”

“That said, *right now*, I think trying to claim ‘BCH = bitcoin’ is a bad idea, as it *is* a minority opinion in the ‘greater bitcoin community,’” he said in a follow-up tweet.

Almost one year later, in August 2018, Buterin again responded to BCH tweet with a comment consistent with his previous thoughts.

Twitter user Meni Rosenfeld tweeted, “It has been one year since BCH split off from Bitcoin, and it is now clear that it has failed to gain traction as ‘the’ Bitcoin.” Rosenfeld added, “It was given its chance but now it should cease confusing the market with the inappropriate name ‘Bitcoin Cash.’”

“I disagree. ‘Bitcoin Cash is Bitcoin’ is at this point unrealistic, but the name Bitcoin Cash by itself is totally fine.”

According to Buterin’s comments, it seems like the Ethereum co-founder has not always been negative toward Bitcoin Cash, but he has clearly signified a difference between BTC and BCH through the years.

In his most recent note on the subject, commenting on a BCH development fund Twitter post, Buterin said:

“In case you’re wondering what side I’m on in all of this, I’m on the side of taking public goods challenges seriously and being open to adjusting ideological preconceptions while maintaining a commitment to core values of decentralization in order to meet them.”

Cointelegraph reached out to Buterin for additional details, but received no response as of press time. This article will be updated accordingly should a response come in.