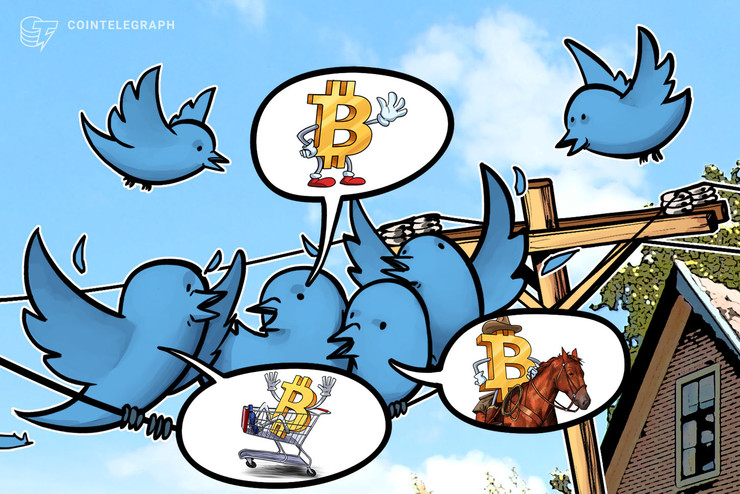 Twitter co-founder and CEO Jack Dorsey tweeted the newly added Bitcoin (BTC) emoji on Feb. 2 and tagged Unicode, the consortium managing the character standard, in an apparent suggestion to do the same.

Dorsey’s tweet showed that, now, whenever a Twitter user writes the Bitcoin or BTC hashtag, an image showing its symbol appears next to it.

Dorsey’s apparent suggestion that the symbol be included in the Unicode text encoding standard was appreciated by the community, with Lightning Labs co-founder Elizabeth Stark joining the request.

After Twitter added the emoji to its platform, many cryptocurrency personalities test-tweeted it, including Tron (TRX) founder and Bittorrent CEO Justin Sun.

The official accounts of major cryptocurrency exchange Binance used the emoji and suggested that the cryptocurrency community should join in using the hashtag to get it trending on Twitter. Binance CEO Changpeng Zhao also retweeted the message stating, “Let’s do this.”

This is not the first foray into crypto by Twitter’s co-founder, who is also the CEO and founder of crypto-friendly mobile payments application Square. In early December 2019, he also announced that Twitter has a dedicated team to develop a decentralized standard for social media.

Square, on the other hand, was recently awarded a patent for a technology that purportedly cracks a present barrier in cryptocurrency merchant transactions by providing a real-time system that exchanges crypto for fiat money. In November, the firm also issued a letter to shareholders showing that Bitcoin buyers on the app doubled in Q3 2019, but brought low profits.