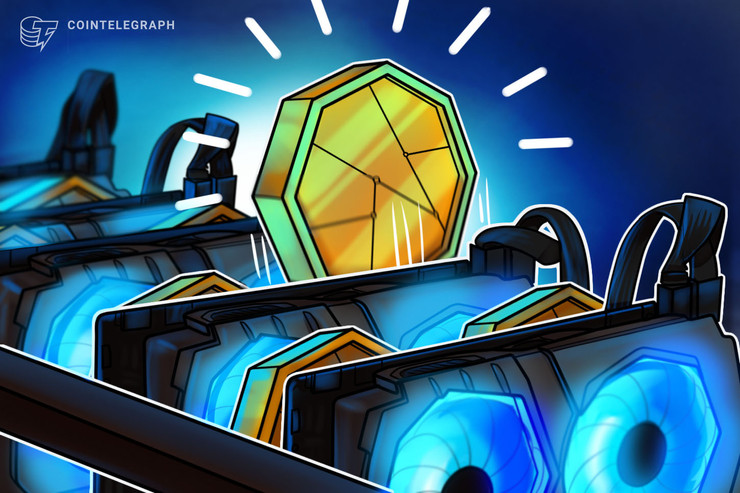 The hype cycles around cryptocurrencies are comparable in their ups and downs to the British weather. This is primarily due to high volatility, which can reduce the entire stash of a potential investor to almost nothing.

Those who believe in the growth and prospects of cryptocurrencies are constantly in search of various ways to turn a quick profit. There are various platforms — for example, crypto exchanges — where it is possible to earn on digital currencies without investing in equipment. This method is suitable for those who follow exchange rates and are good at predicting the volatility of the market.

Others rely on mining, as interest in crypto has been back on a rise due to positive price trends since the start of 2020. And mining with graphics cards is the most basic way to extract this digital treasure.

But it is necessary to take into account the various nuances of mining. That is, it is not enough just to install the program on a PC for mining and immediately start receiving Bitcoin (BTC) or other cryptocurrencies. Not even the best graphics card on the market can secure a definite profit right away.

It is becoming more difficult to mine cryptocurrencies day by day, and using only one graphics card is not enough. It has become necessary to use several cards — at least four to six — that will complement one another. Therefore, investing in video cards for crypto mining is a very costly affair.

Before buying any graphics card, everyone should pay attention to the main criteria:

The memory. The core principle here is the bigger, the better. This is an important criterion for mining Ether (ETH). For most cryptocurrencies, it is better to use video cards that have at least 4 GB of memory.

Speed. The best option would be to use DDR5 standard cards. They have a good balance between energy consumption and power.

Cooling. An important element in the mining process is the protection of the graphics card from overheating. After all, mining puts a heavy load on the card, and, therefore, it is subject to wear and tear.

Overclocking ability. Cards that can be overclocked work 20%–30% faster, which, of course, contributes to better efficiency.

Bus width. The memory bus width of a card is a channel that connects the memory and graphics processor of a card. How much data the card will process per unit of time depends on the width of the memory bus. This is one of the key parameters that affects the card’s performance. The best option would be to use a 256-bit setup.

Complexity of operation. Many graphics cards require detailed BIOS settings. Others need to be pooled together in large quantities. Most in the crypto community believed that it is best to combine four to six cards in a rig to make up a single unit.

Potential. The main ability of a particular graphics card’s model is to remain relevant in the mining process of the most promising algorithms for as long as possible.

Price/payback ratio. It is in everybody’s interest to recuperate the costs of the equipment as soon as possible and then start making money from mining. Therefore, this is perhaps the most important criteria to be mindful of.

New video cards are released constantly, so it is essential to be aware of new releases. However, not all new video cards are capable of high-quality mining. Below are, arguably, the best graphics cards for crypto mining in 2020 from two major chip developers — Nvidia and AMD.

Graphics cards from American-based company Nvidia are one of the best for mining. They have a good balance between performance and price. Meanwhile, their architecture is at the highest level. Here are Nvidia’s most popular cards:

This graphic card is the weakest on this list, however, it is in demand due to its low price — just $140–$170. These cards are equipped with 4 GB of RAM. The recommended overclocking levels are 150 MHz for the core and 500 MHz for the memory.

Despite its low cost, this model may not be suitable for everyone. The most profitable cryptocurrencies for this card are not well-known. The card is also poorly suited for Ether. Moreover, in cases when users need to put together several rigs, the GTX 1050 Ti is quite suitable due to its affordability.

This card is rightfully considered to be one of the best. The memory ranges from 3 GB to 6 GB and prices start at $299.

However, the 3 GB version of the card is not suitable for mining — the 6 GB card looks a bit prettier. The overclocking settings are 150 MHz for the core and 500 MHz for the memory. The low memory capacity affects the performance — GTX 1060 produces a hash of only 20 MH/s.

Although this graphic card is superior to the GTX 1060 in terms of parameters, it cannot boast greater successes in mining. The card comes with 8 GB of memory only, and it has the highest output of all the aforementioned cards at 28 MH/s. However, the price of $300 per card, perhaps, makes it too expensive.

This is one of the most powerful graphics cards at the moment. It isn’t a surprise because even the payback on mining occurs almost two times faster than with the 1070 series video cards. Many would advise buying such a card, but don’t forget that it costs a whopping $800. For a mining graphics card at this price, GeForce GTX 1080 Ti has a ton of power. It offers a hash rate of 32.2 MH/s, is subject to several modifications and has the proper settings. However, GTX 1080 Ti requires 250W of electricity, making it one of the most demanding Nvidia cards.

The flagship Nvidia card. According to the creators of this graphics card, it is six times ahead of its predecessors and has 11 GB of memory. But the payback period for the RTX 2080, when mining directly, depends on its price and the volatility of the cryptocurrency market.

The card works best at extracting ZHash, Ethash and Equihash. Despite improved characteristics and a very steep price that exceeds $1,200, it has many advantages.

Graphics cards from AMD are also in high demand due to their similar performance but cheaper prices. Therefore, each time a new card is released, it sells out quickly.

AMD cards tend to have comparatively short payback periods among other cards on the market and are capable of mining Ether.

If users want to build a rig that will be relatively good on energy, they should pay attention to the Radeon RX 570 graphics card. The Radeon RX 570 is one of the best for mining Ether. Using the latest Claymore dual miner software, it can overclock all the way up to 30 MH/s running the factory BIOS. This card only costs $120.

The Radeon RX 580, in terms of mining, is not much different from the RX 570 model. However, it is more popular with gamers, which increases the chances of selling it following an upgrade. It has a rather good overclocking potential and high-speed GDDR5 memory. Prices for this card start at $170, giving users a good bang their buck.

For a long time, Radeon Vega was AMD’s flagship card. The card performs at its highest level and is the most profitable by mining the Cryptonight algorithm. It has 8 GB of video memory, and prices start at $280. Overclocking settings are 100 MHz for the core and 600 MHz for the memory.

Like the RX Vega 56, the RX Vega 64 makes its best profits by mining the Cryptonight algorithm. This algorithm is based, for example, on Monero (XMR), which is one of the top cryptos by capitalization. Ether is in second place, which makes this graphics card a good choice.

For mining, the parameter of Core Voltage increases, and the overclocking of the card occurs gradually at 30 MHz. The important point is not to overclock the video card too much because it is very sensitive to overheating.

Unlike other AMD graphics cards running on the Polaris architecture, the hash rate of which gradually decreases, the RX Vega 64 is rather stable when mining. The card has 8 GB of memory and costs around $380.

As for Radeon VII, it is rather difficult to find in stores. And the payback period is quite long. The Radeon VII graphics card has shown good results when mining, but it is unlikely that users will be lining up for it. For $750, users can buy 5 Radeon RX 570 graphics cards, which will be more profitable.

So, what card to choose?

It is quite difficult to objectively answer the question of which graphics card to choose for mining. The world of crypto mining is huge and has thousands of algorithms and is in a constant state of flux. Although new models of video cards appear all the time, there are special drivers for specific types of cards, and mining clients have been improved and modernized.

The prices of top cryptocurrencies also remain volatile, and this is only the tip of the iceberg. Due to the presence of such a huge number of factors, it is simply impossible to select the best video card for any occasion. Therefore, buyers should choose a set of cards that will suit their needs when mining.