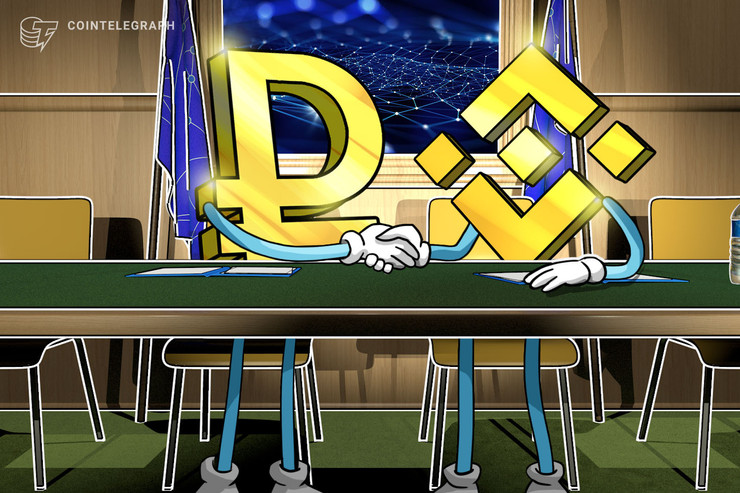 The development allows Binance users to link their Visa banking card and purchase Bitcoin (BTC), Ether (ETH), Binance Coin (BNB) and XRP with the ruble, according to a Feb. 5 announcement. The exchange claims that users can complete a purchase in less than a minute and do not have to make deposits prior to a purchase.

In the near future, Binance is planning to launch Mastercard support, as well as other currencies.

One of the top-ten markets on the exchange

Binance silently launched the ruble trading at the end of October 2019, initially allowing users to deposit and withdraw in Russia’s national currency on the platform. At the time Binance’s CEO Changpeng Zhao revealed that Russia was one of the top 10 markets on the exchange.

Indeed, a survey by Russian-language crypto news outlet Forklog released last summer indicated that Binance was the most popular cryptocurrency exchange in Russia, Ukraine and Belarus, with nearly 60% of respondents claiming that they prefer Binance rather than other global crypto exchanges.

In December, Binance further extended trading capabilities for the Turksh lira and added a new trading pair for the lira and the ruble. Binance Turkey’s community manager told Cointelegraph that the exchange added order book trading for all of its Turkish lira trading pairs: BTC, ETH, XRP, BNB, Binance USD (BUSD), and Tether (USDT). Previously, these trading pairs had only been available as one-click buys or sells directly to and from the exchange.

Recently, Binance launched peer-to-peer trading for the Vietnamese dong, enabling its users to directly purchase and sell major cryptocurrencies using dong through the latest versions of the Binance P2P mobile app on iOS and Android.