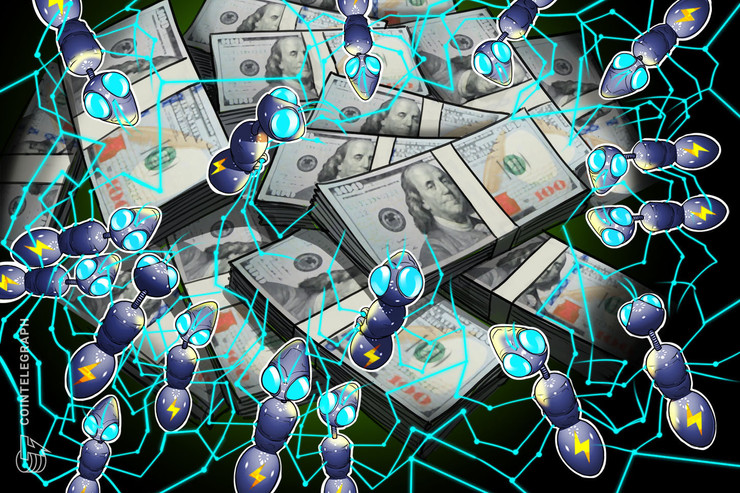 Lightning Labs, the developer of the high-speed transaction protocol Lightning Network (LN), has secured $10 million in Series A funding round.

The news was announced by Lightning Labs CEO and co-founder, Elizabeth Stark, in a blog post on Feb. 5. The company plans to allocate the raised funds to further development of the Lightning payments technology and scaling of its developer ecosystem.

In the same announcement, Lightning Labs also introduced the beta version of Lightning Loop, the company’s first paid product. Lightning Loop aims to help startups, node operators and users send and receive on Lightning more efficiently, wherein users can transfer funds between the Bitcoin (BTC) blockchain and the LN in a non-custodial manner.

Stark also revealed that the company has seen over 30 companies that integrated its node monitoring tool called ldn so far, which allows node operators to monitor node usage in real time. Network reportedly motivated the developers to create a tool for preemptively spotting node and network issues.

Cointelegraph reached out to Stark for comment but had received no response as of press time. This article will be updated pending a response.

Efforts to speed up blockchain-based transactions

Lightning Network is designed to speed up blockchain-based transactions. It adds another layer to Bitcoin’s blockchain and enables users to create payment channels between any two parties on that extra layer. These channels can exist for as long as required, and because they’re set up between two people, transactions will be almost instant and the fees will be extremely low or even non-existent.

Over the years, the Bitcoin community has come up with various proposals on how to improve Bitcoin’s scalability. They have yet to reach a resounding consensus. Earlier in February, a group of researchers at the Massachusetts Institute of Technology revealed the creation of a new cryptocurrency-routing scheme to speed up blockchain-based transactions.

The solution considers that transactions are performed with minimal involvement from the blockchain, and claims to eliminate a scenario in which one of the users in the joint account handles too many transactions.