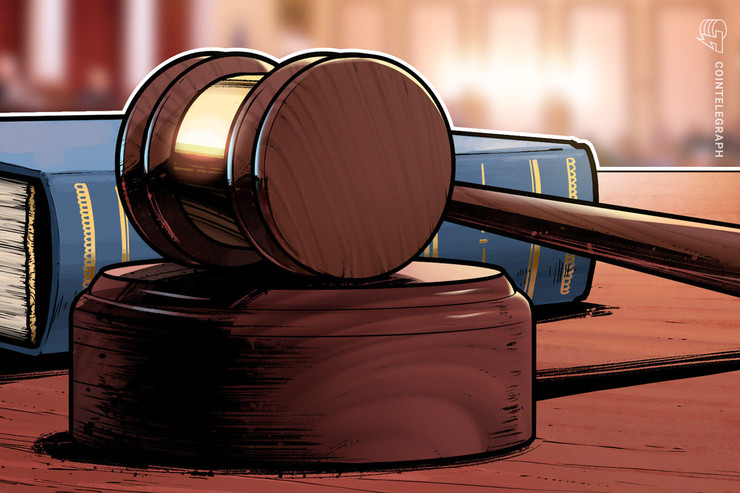 A co-founder and former lead developer of the decentralized network IOTA, Sergey Ivancheglo, has IOTA Foundation director David Sønstebø with a lawsuit over 25 million MIOTA (over $8.5 million).

Ivancheglo announced that he is contacting his lawyers to obtain the assets from Sønstebø in a tweet sent on Feb. 2. The coins that he claims belong to him are half of the holdings of Jinn Labs, a ternary computing development firm they jointly launched:

announced that he is contacting his lawyers to obtain the assets from Sønstebø in a tweet sent on Feb. 2. The coins that he claims belong to him are half of the holdings of the IOTA Foundation:

“I notify the #IOTA community that I no longer work with David Sønstebø and am contacting my lawyers to get my 25 Ti from him. He refuses to transfer the iotas to make me act for his own benefit and against mine.”

On Feb. 3, Sønstebø answered the accusations in an open letter to the IOTA community, stating:

“While the IOTA community certainly has every right to feel let down and angered by CFB’s actions, I encourage you all to rather channel that energy into something more conducive towards IOTA’s vision. Adhering to the timeless adage of the internet: ‘Don’t feed the troll’ is the best approach here.”

Sønstebø claims that — over time — Ivancheglo grew frustrated with his role in the IOTA project as he was unable to lead his developer team towards the development of a coordinator-less version of the network.

Ivancheglo, on the other hand, felt that the letter revealed too much private information about him, and voiced his dissent on Twitter. He said that he believes the information was revealed with ill intentions and announced:

“To show him that his deed was morally wrong I’ll be publishing here fragments of our private convos related to the drama. I’ll stop after he apologizes.”

Ivancheglo posted several screenshots of private conversations conducted with Sønstebø that — according to him — prove that he owns half of the IOTA Foundation’s assets. The community’s overwhelming reaction seemed negative. The comments ranged from echoes of Sønstebø’s suggestion to not engage with Ivancheglo to mocking suggestions that he may have not been sober when sending the tweets.

Not the first scandal involving Ivancheglo

This is not the first scandal that Ivancheglo is involved in. As Cointelegraph reported in early May 2018, leaked correspondence appeared to show that he — acting independently of the IOTA foundation — threatened a cybersecurity researcher with legal action after he disclosed alleged vulnerabilities in the project. The ordeal resulted in the Centre for Blockchain Technologies at the University College London dissolving its ties with the IOTA Foundation.

Ivancheglo was also involved in a major disagreement among senior management of the IOTA Foundation in August 2018. After founders — including him — waited for board seats for over four months, he demanded the board chairman to quit.

Stefano Della Valle, an Italian IOTA event organizer and CEO of IOTA-based IoT firm ThingsLab, is not afraid of the consequences of this fight. He told Cointelegraph that he expects the conflict between Ivancheglo and Sønstebø to have no impact on project’s development:

“IOTA’s founders must be recognized for their ability to surround themselves with a group of competent staff who are certainly aligned with their extreme vision, but at the same time sufficiently disconnected from dreams to be pragmatic and therefore extremely productive. So what seems to be a CFB exit from the IOTA project, I think is sad news, but news without any impact on the project.”

Della Valle also recognized that Sergey Popov, who has led development since Ivancheglo’s departure in late July 2019, has an approach that — to an outside observer — appears to be good for the project:

“For a long time the work of internal and external researchers and developers has been led by Prof. Sergey Popov with an approach, which from the outside, seems very linear. The project is therefore guided by solid scientific foundations, widely shared by the community, both of crypto adopters and mathematicians to whom Popov belongs.”