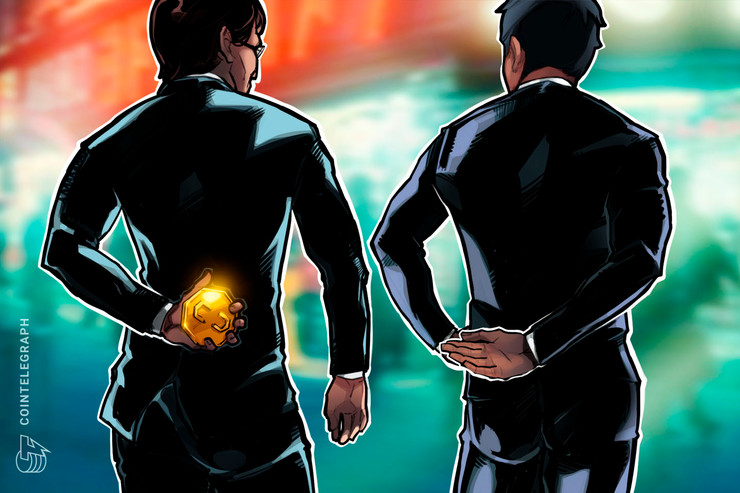 Caruso commonly refers to himself as “Krypto King” in social media posts and claims he’s been a cryptocurrency investor since 2012. He has a criminal history and was last released from prison in late 2017.

Salter is an aspiring R&B singer who releases music under the name “Sweet Talker.”

They were charged with conspiracy to commit wire fraud and money laundering.

The complaint alleges that Salter and Caruso defrauded more than 90 investors out of at least $7.5 million since June 2018. That figure includes an unknown number of former pro baseball players and senior citizens. Zima is still actively taking investments so the total amount lost is unknown.

Zima’s website claims the firm “operates various private funds focusing on investments in cutting-edge technologies, including crypto and other blockchain based assets,” and

Caruso and Salter were featured as successful crypto investors in Forbes, Entrepreneur, and Cigar Aficionado.

A press release that looks an awful lot like an ordinary Business Insider story referred to Caruso as “the Michael Jordan of algorithmic cryptocurrency trading.”

Forensic accountants believe that none of the money Zima took from its would-be investors was actually invested in cryptocurrency. The pair instead used the money to live it up, spending $350,000 on luxury car rentals and another $610,000 on private jets, a mansion rental (dubbed “the Krypto Castle”), as well as a variety of jewellery and designer clothing.

Caruso had a fleet of luxury cars including a Lamborghini, and the pair lost $830,000 within 134 hours of gambling at Las Vegas casinos.

They frequently posted about their lifestyles on Instagram and Facebook, including a video suggesting Zima had $1 billion in assets under management. They used direct messaging on the platforms to contact potential investors.

The investigation found that $1.9 million of the funds was paid back to investors in the form of “returns.”

“The pattern of investor payments against investor payouts with no investment of funds is consistent with … a Ponzi scheme,” court filings show.

Anybody who invested money in the scheme is urged to contact the U.S. Secret Service Phoenix Field Office at (602) 640-5580.