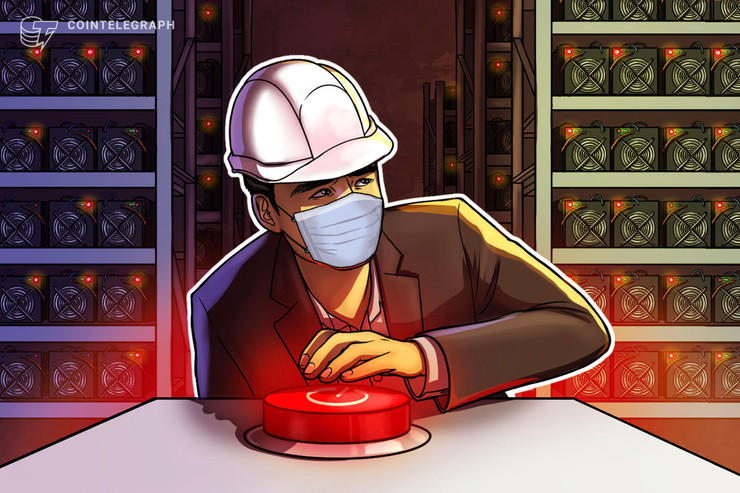 Due to the Coronavirus outbreak in China, the government has taken a series of measurements to keep the situation under control. Businesses are being affected across the nation. With the existing quarantine control, people are staying right at where they are and not be able to return to their work.

Per Zhuoer’s post, the firm has been told that it’s not allowed to return to work at the moment. He claims that personnel at the mining farm have never stopped working and none of the maintenance staff has ever left this area before the quarantine control period.

Affordable electricity and resources in provincial areas such as Xinjiang, Inner Mongolia, Yunnan and Sichuan have contributed to China’s status as a major market for Bitcoin miners.

Bitmain and Canaan Creative are the main mining chip manufacturers in China, with Bitmain producing 66% of the world’s cryptocurrency mining hardware.

Yet due to the outbreak of the virus, companies such as Bitmain,  Canaan  and MicroBT have published notices on their websites of delays in their after-sale services until Feb 10.

Bitcoin’s halving is less than 100 days away. Some crypto commentators believe this could trigger some serious price action. The coronavirus outbreak timespan overlaps with bitcoin’s halving event. Mining companies worry that these two factors are going to have a stronger impact on the maintenance of mining equipment and delivery of new mining machines.