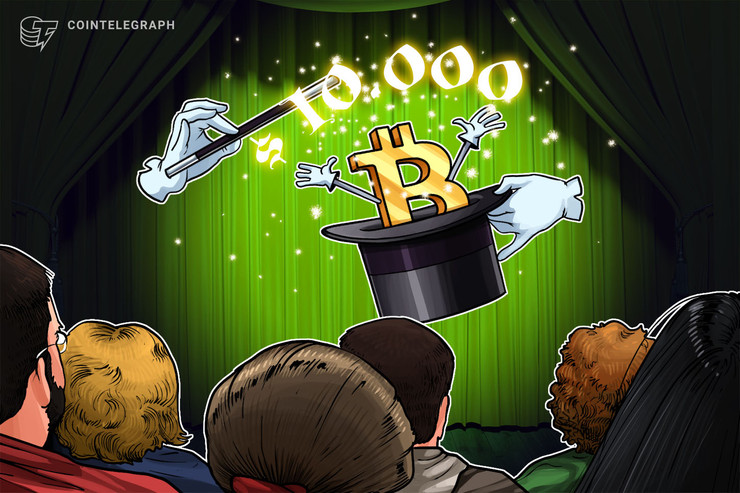 Data from Coinbase exchange and Cointelegraph Markets showed that BTC/USD moved to $10,000 on a high volume spike but the digital asset quickly pulled back to $9,975. The feat of reclaiming five figures occurred after a nearly four-month absence.

During that time, the pair traded as low as $6,400 before an abrupt bullish turnaround saw January alone deliver gains of 35%.

The move to the symbolic $10,000 level was preceded by Bitcoin futures markets, which briefly entered the zone on Feb. 6.

Traders had been primed to expect a strong directional move, with Cointelegraph Markets analyst filbfilb identifying $9,550 as likely support.

“This isn’t the first time bitcoin has been valued above $10,000 and it might not be the last, but it is the first time that the valuation is justifiable based on fundamentals of the network.”

Earlier in the week, many tokens repeatedly put in a solid performance for investors, with daily gains for some topping 25%.