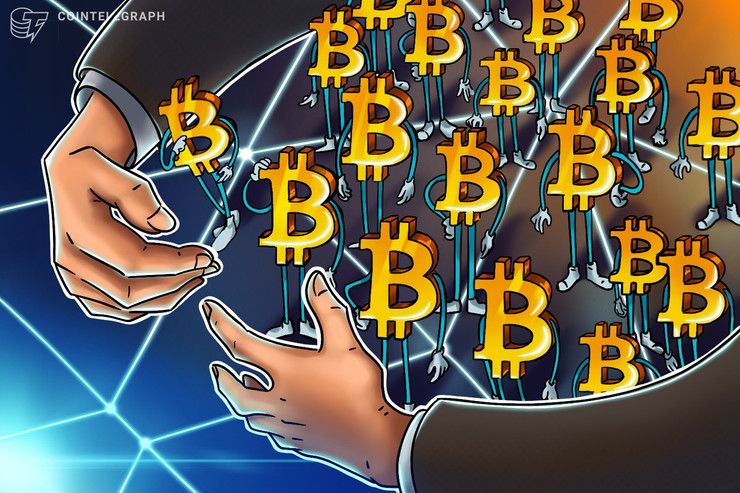 A report published by investment management firm VanEck on Jan. 29 suggests that institutional investors should allocate a small percentage of their capital into Bitcoin (BTC). Per the report, “Bitcoin may enhance the risk and return reward profile of institutional investment portfolios.” The researchers also claim:

“A small allocation to Bitcoin significantly enhanced the cumulative return of a 60% equity and 40% bonds portfolio allocation mix while only minimally impacting its volatility.”

Return comparison of investment portfolios with and without Bitcoin. Source: VanEck

Obstacles to institutional adoption of Bitcoin

Among all the portfolios considered by VanEck, the one consistently showing the highest return was the one which had 3% in Bitcoin. Still, the report explains that Bitcoin’s nature as a bearer asset and lack of infrastructure linking it to capital markets is an obstacle to institutional adoption.

VanEck also claims that Bitcoin can potentially become digital gold given its scarcity, monetary value and ease of transfer. The researchers admit that Bitcoin is not a currency, but still has the potential to become one:

“Bitcoin is not quite a currency but most certainly is a money, however it may become a currency in the future.”

An in-depth comparison of the features of the United States dollar, gold and Bitcoin contained in the report also suggests that Bitcoin has more of the features that are desirable from an asset that serves as money than gold itself.

Comparison of the traits of money of Gold, United States dollars and Bitcoin. Source: VanEck

Many in the crypto community have high hopes for Bitcoin as an investment asset. As Cointelegraph reported earlier, founder and partner of crypto venture capital fund Morgan Creek Digital suggested that Bitcoin recently reaching $10,000 is just the first step in its way towards $100,000 by 2021.