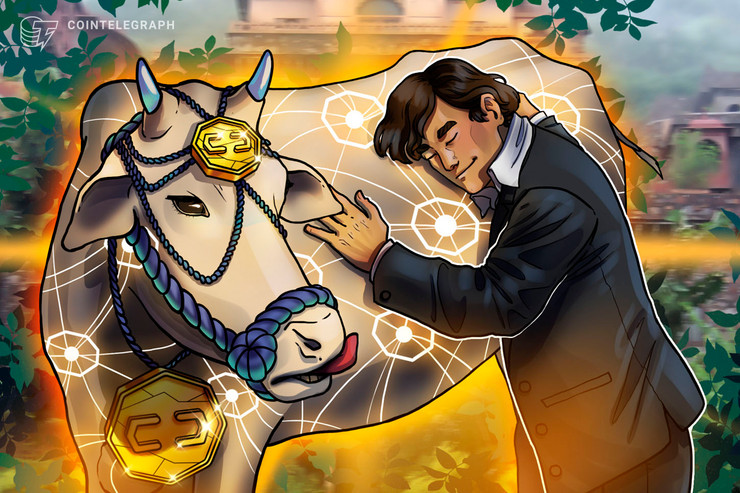 India has developed a somewhat paradoxical relationship with cryptocurrencies, blockchain and other emerging technologies. On one hand, the Indian government is a huge proponent of distributed ledger technology, with several government-led initiatives gaining ground across the country. On the other hand, the Reserve Bank of India issued a de facto ban on cryptocurrencies when it prohibited banks from conducting any transactions or dealings involving digital assets and related services in 2018.

This measure came as a huge blow to the country’s crypto ecosystem, and since then, India’s crypto community has been grappling with the central bank on the legitimacy of the ban. Eventually, petitions filed by industry leaders reached the Supreme Court of India.

Following several postponements last year, the case was finally put before the Supreme Court in a hearing that took place from Jan. 14 through Jan. 23. The Internet and Mobile Association of India, or IAMAI, presented the initial arguments on behalf of the cryptocurrency sector, arguing that the RBI was acting beyond its authority by laying down a nationwide blanket ban on banking with digital currencies. Ashim Sood, counsel for the IAMAI, put across strong and convincing arguments that were supported with hard facts, stressing the need for sensible regulation.

Looking outward, jurisdictions such as Singapore, Malta and Japan have demonstrated how adopting positive regulation for crypto can present significant economic benefits. By taking an open regulatory approach, each of these countries has seen its local crypto economy flourish, bringing job opportunities and capital investments to their shores.

Furthermore, regulation could help deter the misuse of cryptocurrencies for money laundering purposes. To date, India’s leading exchanges and cryptocurrency service providers have gone to great lengths to self-regulate, implementing Know Your Customer and Anti-Money Laundering procedures. However, they can only do so much to ensure that industry best practices are followed by everyone.

If cryptocurrency assets are regulated, exchanges and traders would be required to maintain detailed KYC documentation, which not only puts the government in a better position to monitor fraudulent activity, but allows it to attain revenue through cryptocurrency taxation. Meanwhile, the assertion that cryptocurrencies are in any way more exposed to criminal activities and money laundering than fiat currencies becomes less convincing as transaction monitoring technologies, documentation within the crypto sector, and KYC systems become more sophisticated.

Additionally, the use of crypto may, in fact, lead to far greater transparency within the Indian economy than currently exists, as studies show that more than $770 billion worth of “dirty money” entered India between 2005 and 2014.

Paving the way for blockchain technology

Considering the government’s positive sentiment toward blockchain, outright bans on cryptocurrencies could become an obstacle to the continued support and promotion of distributed ledger technology. On a fundamental level, blockchain and cryptocurrency are intrinsically linked, and a blanket ban could end up discouraging the growth of blockchain in India.

In order for cryptocurrencies to reach a level of mass adoption, there needs to be clear, open regulation that protects investors and consumers without hindering the potential of the technology. An open regulatory framework with declarations from the government on the legal stance of cryptocurrencies in India would attract more users, companies and products to build up the national crypto ecosystem, contributing to the overall growth of the Indian economy, the employment market and financial accessibility for Indian consumers.

There is no doubt that the traditional financial system has helped to globalize the overall economy, expanding trade and opening up countless job opportunities while effectively easing the economic hardship faced by millions of people. However, cryptocurrencies have the potential to provide significant time and cost-saving benefits to the financial and banking sector by presenting industry actors with new means of implementing operational scalability, efficiency and cost-effectiveness. This will have the effect of benefiting the overall productivity and dynamism of the financial sector.

It is not the intention of India’s cryptocurrency leaders to threaten the existing system, but to function in parallel with established institutions and businesses, leveraging the merits of distributed ledger technology to create new solutions that could be immensely beneficial to society and the economy as a whole.

India, at a crossroads

India stands at a crucial crossroads. Both sides of the case have been directed to submit a written summary of their arguments following the hearings. In the coming weeks, we may have a judgement, with the decision reached by the Supreme Court set to influence the direction that the Indian cryptocurrency industry takes in the future. While it might be too early to determine what the verdict will be, these hearings have given the cryptocurrency industry the opportunity to engage directly with lawmakers to discuss the true nature of the industry, the legitimacy of the technology, and the positive effects that incorporating cryptocurrencies could have on the nation’s economy.

With a sense of cautious optimism, India’s crypto community stands united in anticipation of the Supreme Court’s judgement.

Sumit Gupta is the co-founder and CEO of CoinDCX, India’s largest cryptocurrency trading platform and liquidity aggregator. He holds bachelor’s and master’s degrees in technology from the Indian Institute of Technology Bombay. Back in 2014, Sumit saw the potential of leveraging blockchain technology to enable financial inclusion. He actualized this vision by founding CoinDCX, which has grown to become India’s largest cryptocurrency exchange. Prior to establishing CoinDCX, Sumit worked in Tokyo for renowned technology giant Sony, where he served as a software engineer. Sumit also founded ListUp, one of the first e-retailer companies with a location-based app that, under his leadership, grew into a multimillion dollar business within one year.