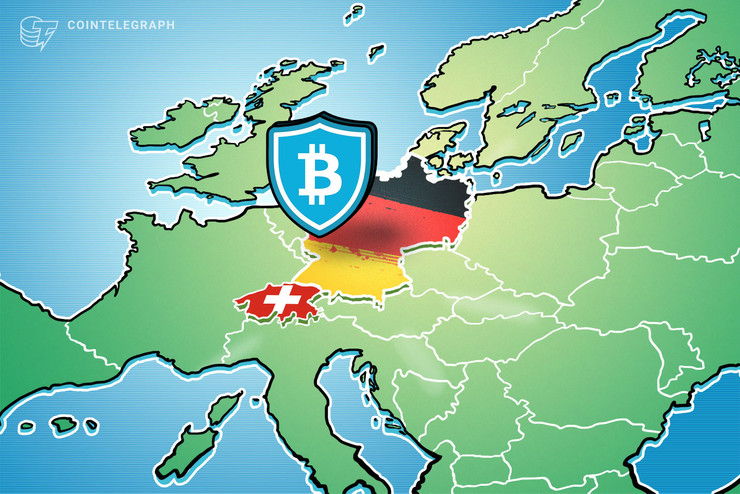 BitGo, a United States-based firm that claims to process over 20% of all Bitcoin (BTC) transactions, has established new custodial subsidiaries in Switzerland and Germany, the company announced Feb. 10.

As the two new entities are regulated by different financial authorities, BitGo intends to allow its clients to choose the jurisdiction that is best suited to their business.

As such, BitGo GmbH, the Swiss entity of BitGo, is a member of the country’s major self-regulatory organization, the Financial Services Standards Association, which is overseen by the Financial Market Supervisory Authority, or FINMA. BitGo’s German subsidiary, BitGo Deutschland GmbH, is now providing custody services in Germany and is set to apply for regulatory approval in November 2020.

Mike Belshe, CEO at BitGo, noted that the launch of new custodial entities in Europe follows increased demand for the services in the region in 2019.

Founded in 2013 in Palo Alto, California, BitGo initially emerged as a major platform for storing Bitcoin online. In 2018, BitGo became a qualified custodian for cryptocurrencies after the firm received a state trust company charter from the South Dakota Division of Banking. To date, BitGo reportedly supports more than 250 coins and tokens with customers spanning over 50 countries, the firm said in the announcement.

Germany and Switzerland open their doors to cryptocurrency business

Belshe also pointed out that Switzerland and Germany have become some of the most friendly jurisdictions for crypto business:

“Switzerland and Germany have both become important European centers for digital assets as well as for forward-thinking regulatory frameworks. Regulatory compliance is a prerequisite for our clients, and we have been impressed with the understanding and support of Swiss and German regulators.”

Indeed, Germany is reportedly considering a bill that could enable banks to support the sale and custody of Bitcoin and other cryptocurrencies by 2020. Meanwhile, Julius Baer, a major Swiss private banking and wealth management group, launched a digital asset trading and custodial service on Jan. 21.

However, the local crypto ecosystem in the country is still being extensively monitored by regulators, with FINMA recently passing a law that would reduce the threshold for unidentified crypto exchange transactions from around $5,100 to $1,020.

FTM price rebounds 50% as Fantom reveals 30 years runway (without having to sell its token)
Bitcoin Depot says SPAC merger will continue as planned after solid revenue growth
3 reasons why Ethereum price keeps rejecting at the $1,300 level
Margin trading vs. Futures: What are the differences?
Fantom wants to cut token burn rate by 75% to fund dApp rewards program