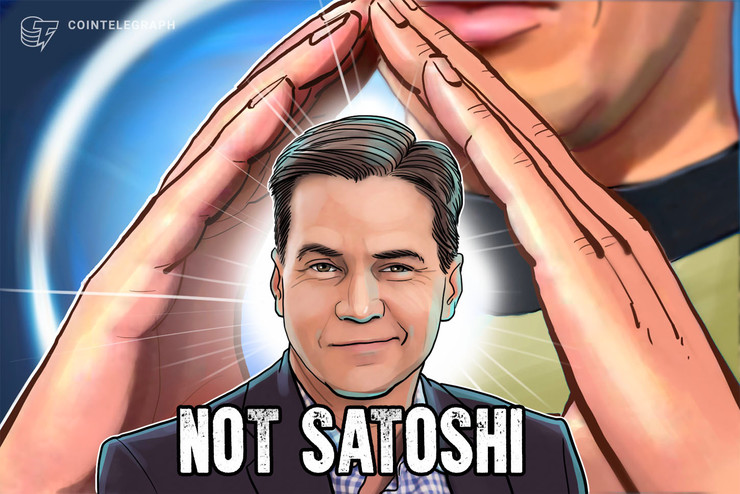 William Shatner, the Canadian actor that played Captain Kirk in the original Star Trek series, suggested that Wright is not behind the pseudonym Satoshi Nakamoto — the seminal cryptocurrency’s creator. In a tweet on Feb. 11, Shatner said:

“Ask yourself why would someone claim to be Satoshi and offer zero proof? Either put up or shut up, right?”

The discussion started after a Twitter user answered Shatner’s announcement of having been at a cryptocurrency event by expressing the hope that “fake Satoshi wasn’t there.”

After clarifying that this was a reference to Craig Wright, another twitter user claimed that Wright is indeed Satoshi and that Bitcoin SV (BSV) is the real Bitcoin, to which Shatner answered:

“Why can’t he prove it? From what I’ve read is that some mysterious bonded courier would deliver the keys (which honestly is a scene right out of Back to the Future.)  If he is, he should be able to prove it. This is like the modern day search for Anastasia.”

In his tweet, Shatner was referring to the Tulip Trust which purportedly contains the private keys to a million Bitcoin — worth $9.7 billion as of press time — that Wright claims will be handed to him by a courier. In late January, Wright told Cointelegraph that he is confident that he will gain access to the funds in question.

Billions in Bitcoin at stake

Wright has been wrapped up in legal proceedings brought against him by the estate of David Kleiman, an American computer scientist. The two sides are litigating over Wright’s alleged misappropriation of over a million Bitcoin that he and David mined together from 2009 to 2013.

Wright claims to be Satoshi Nakamoto, but in November he told the plaintiff that he could not afford a 500,000 BTC (nearly $4.9 billion) settlement in the case that the Kleiman estate initiated against him. Earlier this month, he was accused of abusing attorney client privilege to withhold documents and confuse trial proceedings.