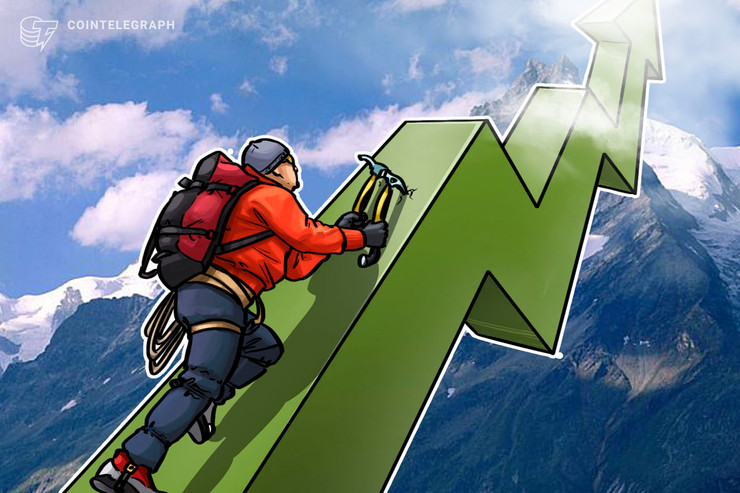 Bitcoin (BTC) tried to clear fresh key resistance at $10,400 on Feb. 12 as its rebound, which began on Tuesday, continued to produce surprises.

Data from Coin360 and Cointelegraph Markets showed BTC/USD briefly hit local highs of $10,495 on Wednesday. This capped a highly successful 24 hours for the pair, which just a day earlier traded at close to $9,700.

At press time, Bitcoin was hovering just below the new local highs, trading at $10,340, still up almost 6%.

Fears had arisen of a fresh dip for markets, with traders bracing themselves for further potential losses. In his latest analysis, Cointelegraph Markets trader Michaël van de Poppe warned that $10,400 was crucial to staving off such losses.

Meanwhile, Bitcoin futures reached their highest since September, with CME’s product coming within a shade of $10,600. On Monday, Bitcoin filled another “gap” left by the pause in futures trading over the weekend. 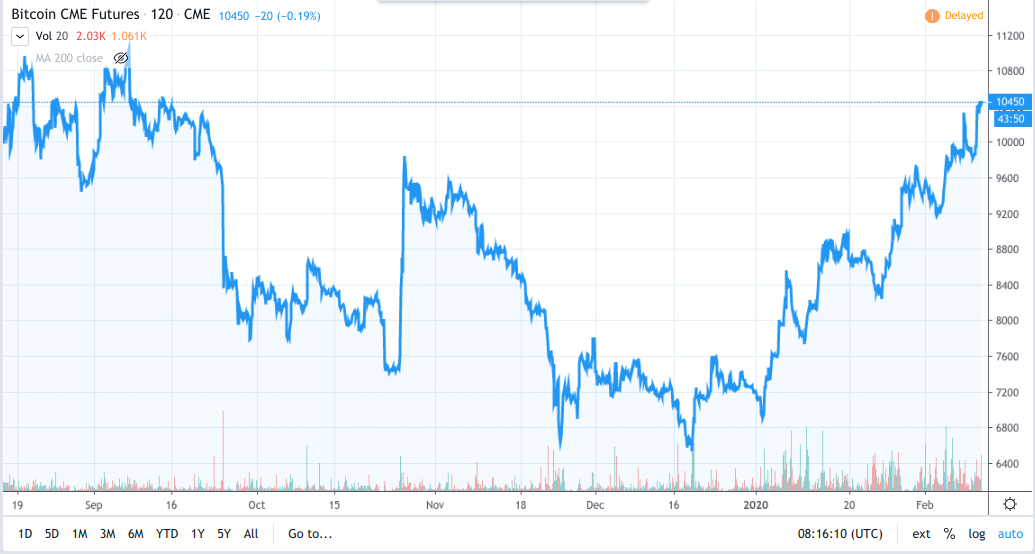 Others remained bullish about the mid-term outlook, Cointelegraph reporting on optimism from figures such as Fundstrat’s Tom Lee, who believes Bitcoin will hit $40,000 before the Dow Jones hits 40,000.

Within the next six months, he recently added, Bitcoin could hit new all-time highs of $27,000 thanks to the price beating its 200-day moving average.

At current levels, Bitcoin is now over 20% higher than its predicted average according to the stock-to-flow price model. This has the potential to be significant, as stock-to-flow has historically almost perfectly tracked fluctuations in BTC/USD.

The model’s creator, PlanB, this week nonetheless stated that the pair would be above $10,000 in May, at the time of Bitcoin’s block reward halving.