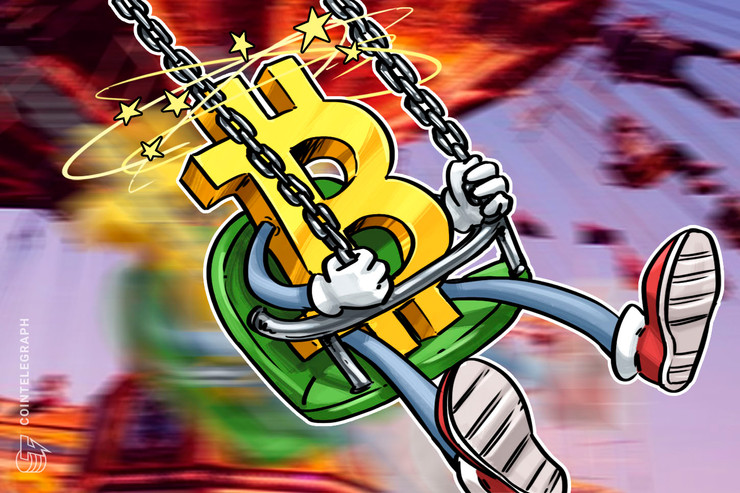 Bitcoin (BTC) fell by almost 2% in an hour on Feb. 13 as markets faced rejection after reaching higher levels around $10,500.

Data from Coin360 and Cointelegraph Markets showed BTC/USD dropping suddenly by over $300 on Friday, hitting daily lows of $10,150.

A bounce had secured support slightly higher by press time, but volatility was conspicuous as Bitcoin failed to crack $10,500 resistance for the second time in a week.

Speaking to lawmakers in Washington on Wednesday, Treasury Secretary Steven Mnuchin said the mystery measures would aim to “make sure cryptocurrencies aren’t used for the equivalent of old Swiss secret number banking.”

“We are about to roll out some significant new requirements,” he summarized.

Previous comments by both Mnuchin and President Donald Trump last year saw a delayed response from Bitcoin markets, with BTC/USD ultimately abandoning a bull run which began in April to see rejection at $13,800.

Short-term performance nonetheless remains strong — Bitcoin is up 6.1% in a week, while monthly gains remain above 20%.

Moves of several hundred dollars on hourly timeframes are also not uncommon. As Cointelegraph reported, such behavior became almost habitual for Bitcoin during 2019.