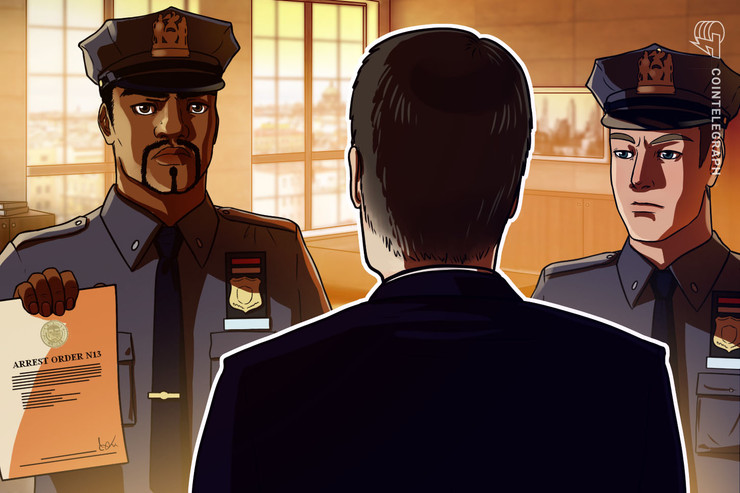 Larry Harmon, the CEO of Bitcoin media site Coin Ninja and founder of crypto wallet provider DropBit, is facing federal charges related to his use of Bitcoin privacy tools.

United States federal prosecutors are charging Harmon with conspiracy to launder money and operating a money transmitting business without a FinCEN license.

According to an arrest warrant filed earlier this month, Harmon allegedly laundered over 354,468 Bitcoins (BTC) (worth $311 million at the time of the transactions), allowing the users of a privacy tool named Helix, and a darknet search engine named Grams, to make transactions on AlphaBay, a known dark market that was shut down in 2017.

Helix allowed users to mix the coins before spending through a CoinJoin transaction. The mixing of coins has been associated with money laundering and other illicit activities.

Harmon is facing a 30-year prison sentence for these alleged crimes.

Journalist and podcaster Peter McCormack reportedly spoke to Harmon’s brother, Gary Harmon, who said that Coin Ninja’s assets have been frozen and that the FBI has removed $4,000 in Bitcoin from its Lightning Network node.

According to McGormack, Larry has been denied release on bail bond because he was deemed a flight risk, “even though they have confiscated all his assets.”

The state attorney’s motion to detain Harmon shows that the state believes that Harmon will not reasonably appear in court if permitted a release on bail as he has “significant family ties outside the United States” and is “subject to a lengthy period of incarceration if convicted.

DropBit has gained some attention among Bitcoiners, particularly because it allows the users to send BTC on-chain and over the Lightning Network using Twitter handles or phone numbers. Since DropBit’s funds have been frozen, Gary Harmon and its developers are personally funding the wallet’s operations, according to McCormack.

Bitcoin due shake-up vs. gold, stocks as BTC price dips under $22.5K
Ethereum vs. Bitcoin: ETH price risks 20% drop if key support level breaks
New York Assembly introduces crypto payments bill for fines, taxes
UK’s FCA hints at why its given only 15% of crypto firms the regulatory nod
5 reasons why the Aptos (APT) rally could still have wings