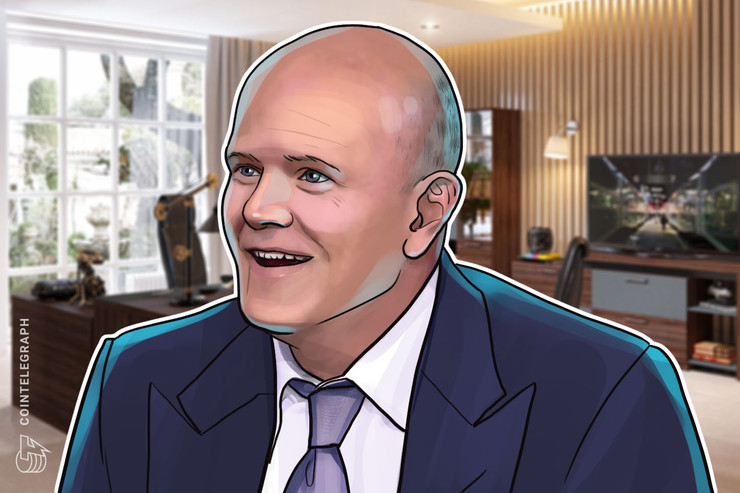 Bitcoin (BTC) has the potential to reach and even surpass its all-time highs of $20,000 by May’s block reward halving.

That was the opinion of Mike Novogratz, the serial venture capitalist who has stayed consistently bullish on BTC.

Novogratz: Bitcoin “best brand of the past 11 years”

Speaking to CNBC in an interview on Feb. 14, Novogratz called Bitcoin the “best brand of the past eleven years” and said 2020 will be the year it challenges $20,000 once more.

“Right now, Bitcoin feels a little frenzied and we could see it surge up, but I think that by the end of the year we could certainly take out the old highs, or at least we go to the old highs,” he told the network.

“We might be there literally by the halving, which is in a couple of months.”

The Galaxy Digital crypto merchant bank CEO was speaking as Bitcoin capped 45% gains year-to-date. While acknowledging altcoins had beaten BTC in terms of returns since Jan. 1, Novogratz said that Bitcoin had “found its own lane” as a unique store of value.

“Bitcoin is probably the best new brand of the past eleven years — a $200 billion market cap for a line of code that came out eleven years ago,” he continued.

“…Because people have believed that it’s now a store of value — similar to gold, just gold’s got 3,000 years and $10 trillion, Bitcoin’s got eleven years and $200 billion.”

In December, before its rally, Novogratz predicted that Bitcoin would hit a more modest $12,000 this year.

His latest prediction remains modest in comparison with other well-known industry figures. Earlier this month, Fundstrat co-founder Tom Lee said BTC/USD should reach $27,000 by August. The reason, he argued, was that Bitcoin crossing its 200-day moving average has historically triggered average gains of nearly 200%.

Other sources likewise contend that the halving event, which reduces the supply of new Bitcoins to miners by 50%, will ultimately act as a price catalyst.