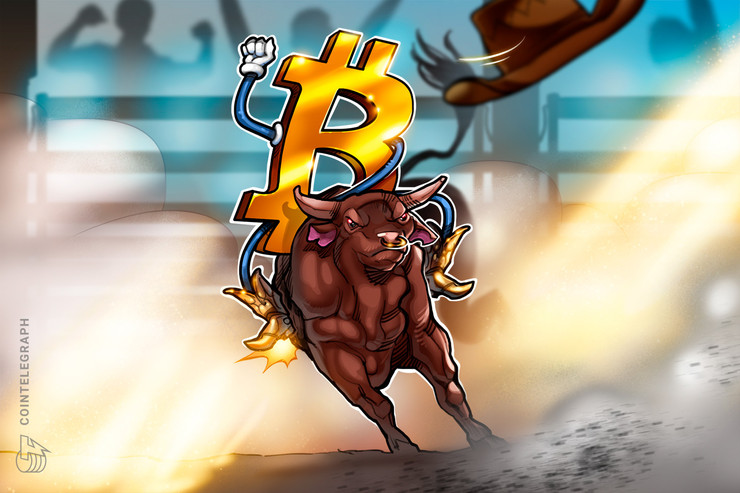 The price of Bitcoin (BTC) broke the psychological barrier of $10,000 and is currently stabilizing above it. Not only Bitcoin has been showing strength, but altcoins have also been popping left and right. Is the bullish momentum back in the market? Let’s analyze the charts. 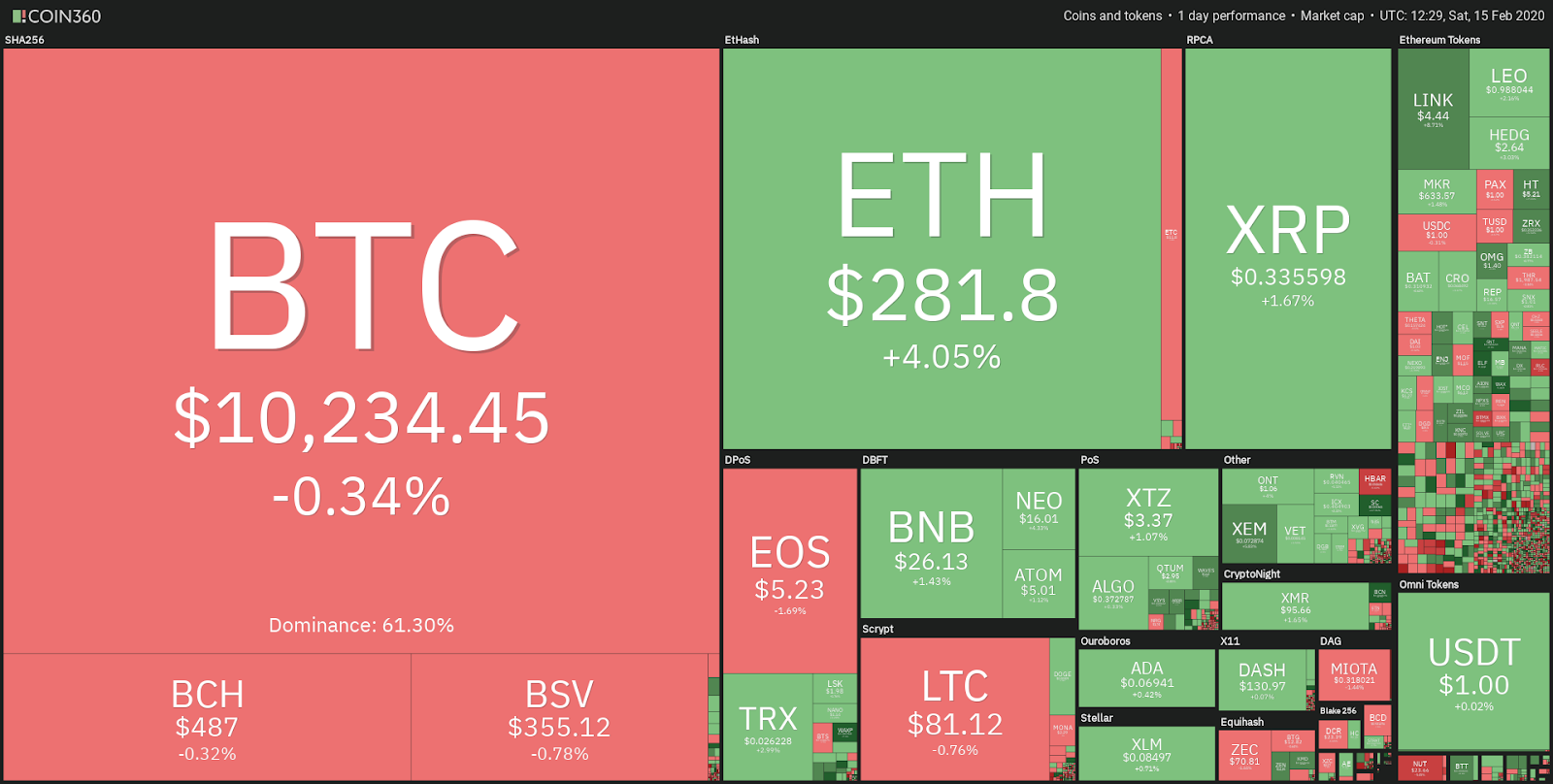 The price of Bitcoin broke the psychological barrier of $10,000. However, the price is facing significant resistance: the $10,400 level. A breakthrough in this zone could make the price move towards $11,000 and higher. 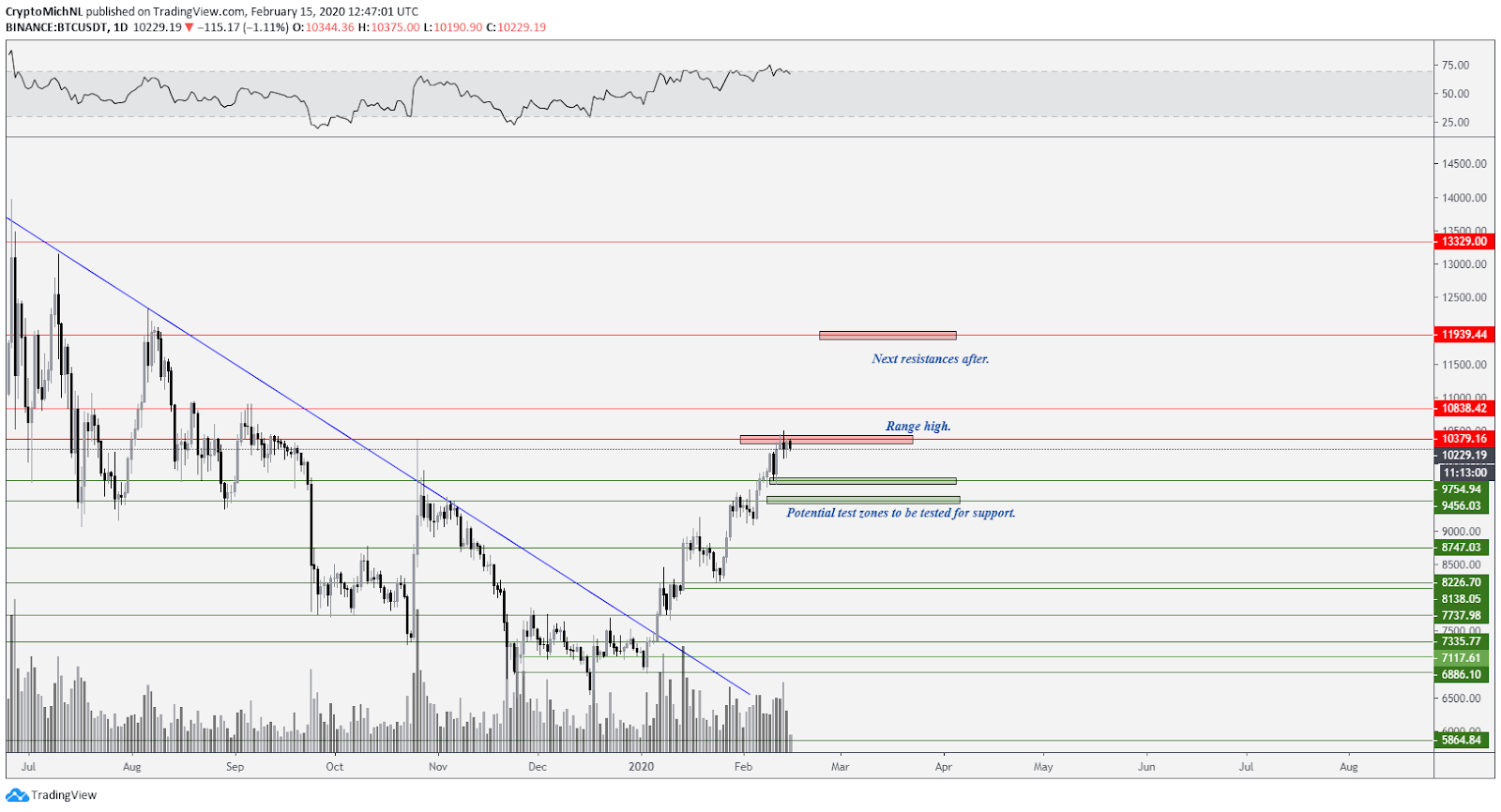 However, would such a move be natural in the current market environment?

Bitcoin went from $6,900 to $10,400 in six weeks. Some consolidation would not be unhealthy for the market, as that would give the market some space to accumulate and generate strength for further upward momentum.

Investors should keep in mind that retracements will be very short-lived. Dips are seemingly being bought up very quickly in bull markets as we have seen in the past few weeks. One such example is last year’s move during the rally of $3,100 to $13,900. 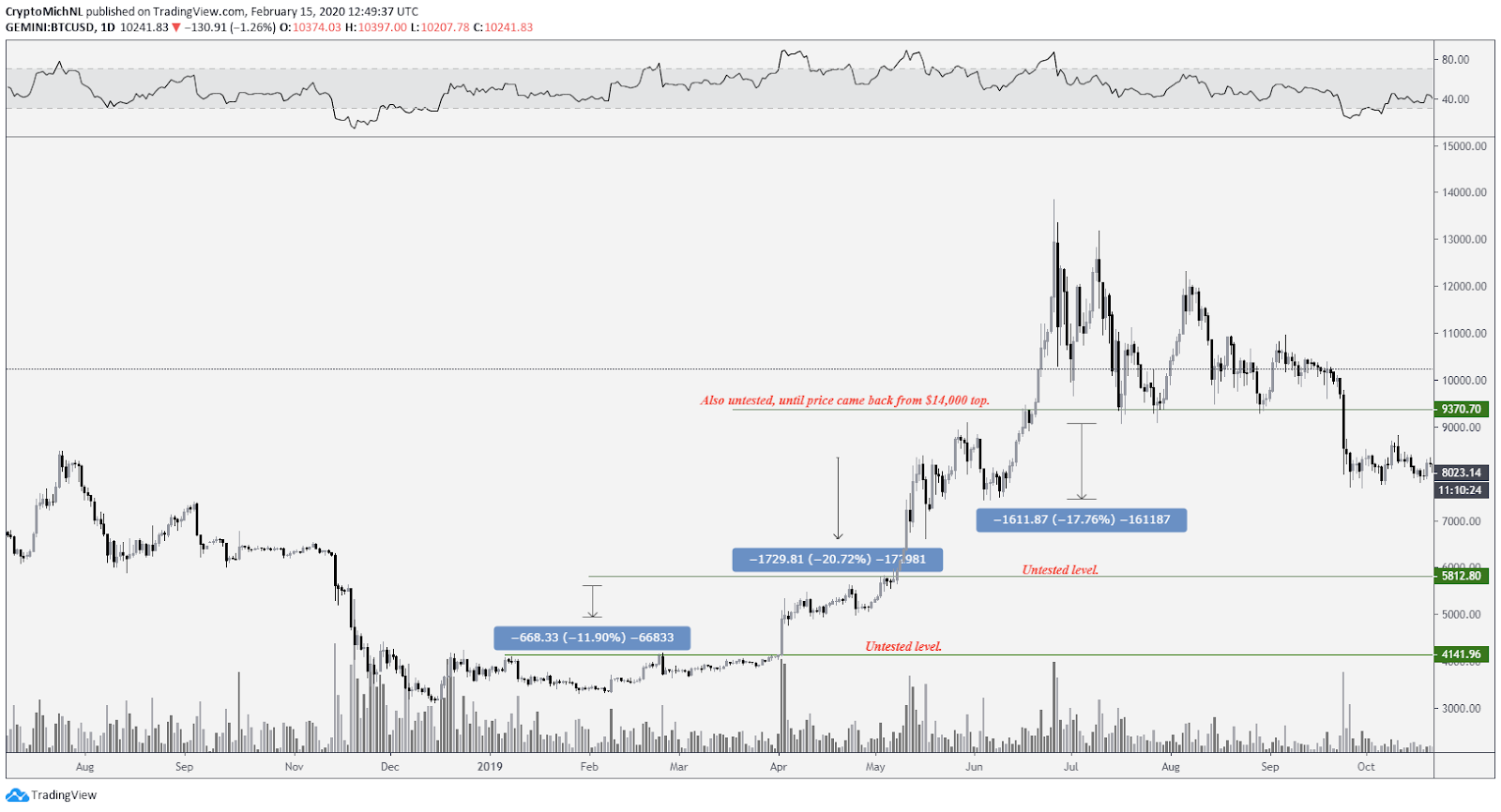 A few remarkable things can be spotted from this chart. The “major” levels are not being retested before continuation, leaving significant gaps and investors behind. Waiting for a retest of these levels could mean that you’d be left behind before the big move occurs.

The total market capitalization is also facing the last hurdle before another big move, similar to Bitcoin. 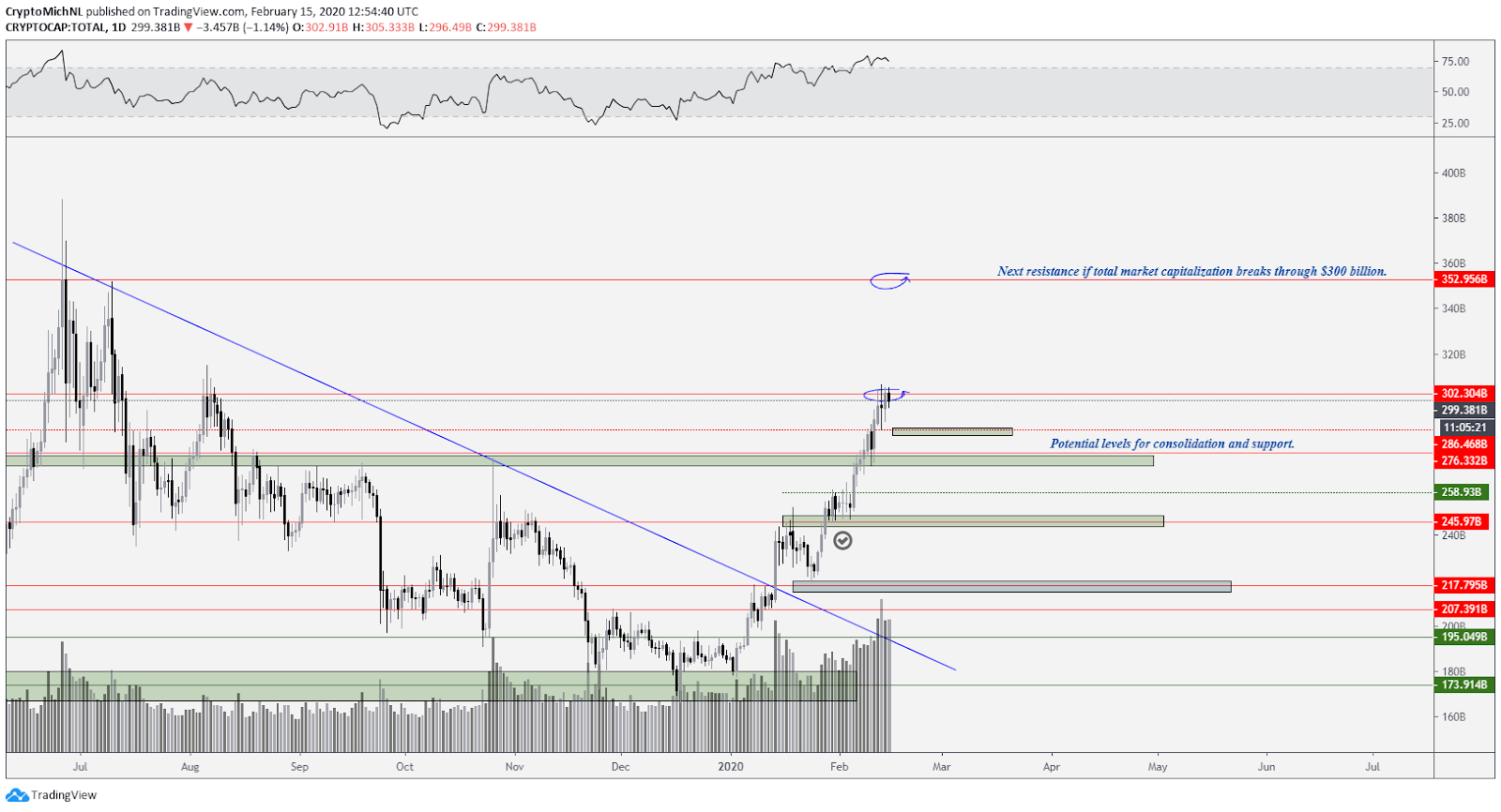 The $300 billion level is an outstanding resistance and the last one before the total market capitalization can attack the $350 billion resistance. The chart is also showing a beautiful structure of support/resistance flips since the breakout of the seven-month-old downtrend.

Would it be healthy to see some consolidation on the total market capitalization? It would be. Levels worth watching for potential support area are the $275 and $285 billion regions, marked by the green rectangles. 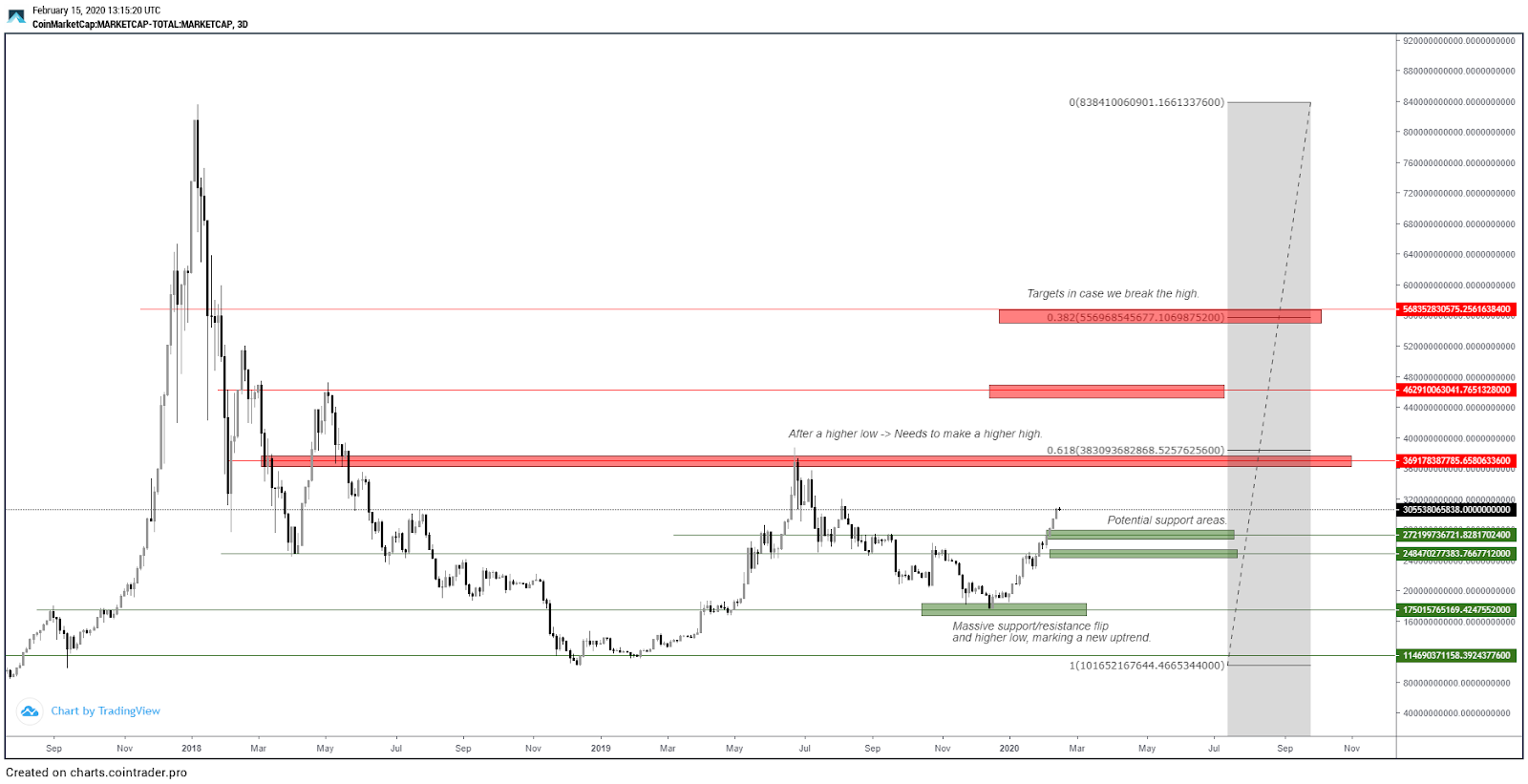 But what is required for the continuation and more confirmation of an uptrend? A new higher high.

If support is found and the market breaks above $368 billion, the primary new resistance is seen at $568 billion and a smaller one at $463 billion. 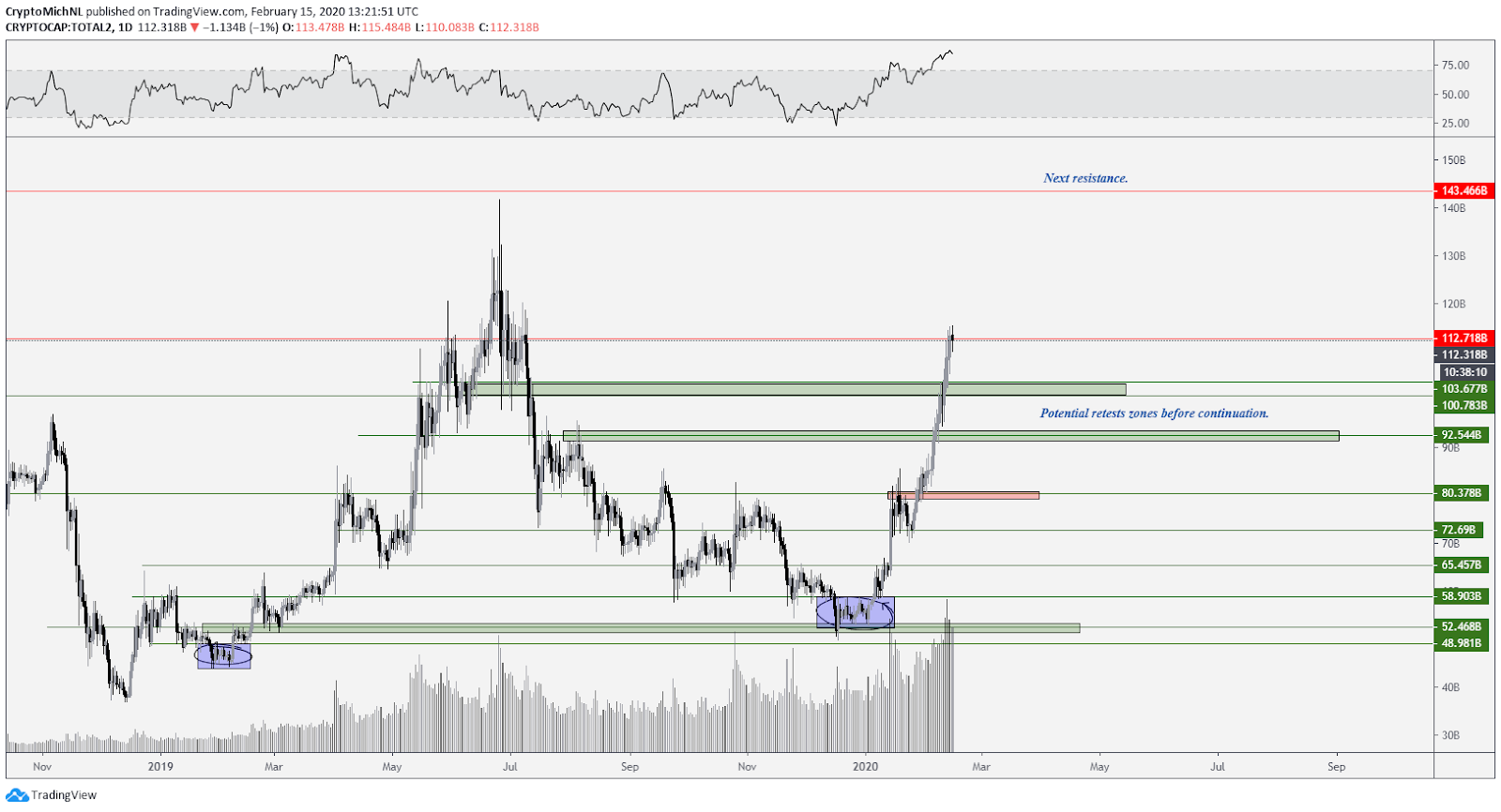 If the altcoins can break through the resistance at $112-114 billion, continuation towards $140-145 billion is on the table. However, some retests of previous resistances before extension are not unhealthy.

When the market starts to make some corrective movements, I’d be watching the $100-103 and $93 billion levels as potential support zones before continuation. Just like with the total market capitalization, the altcoin market capitalization is in an overall uptrend, where dips are being bought up.

There are two bullish scenarios for Bitcoin in play. 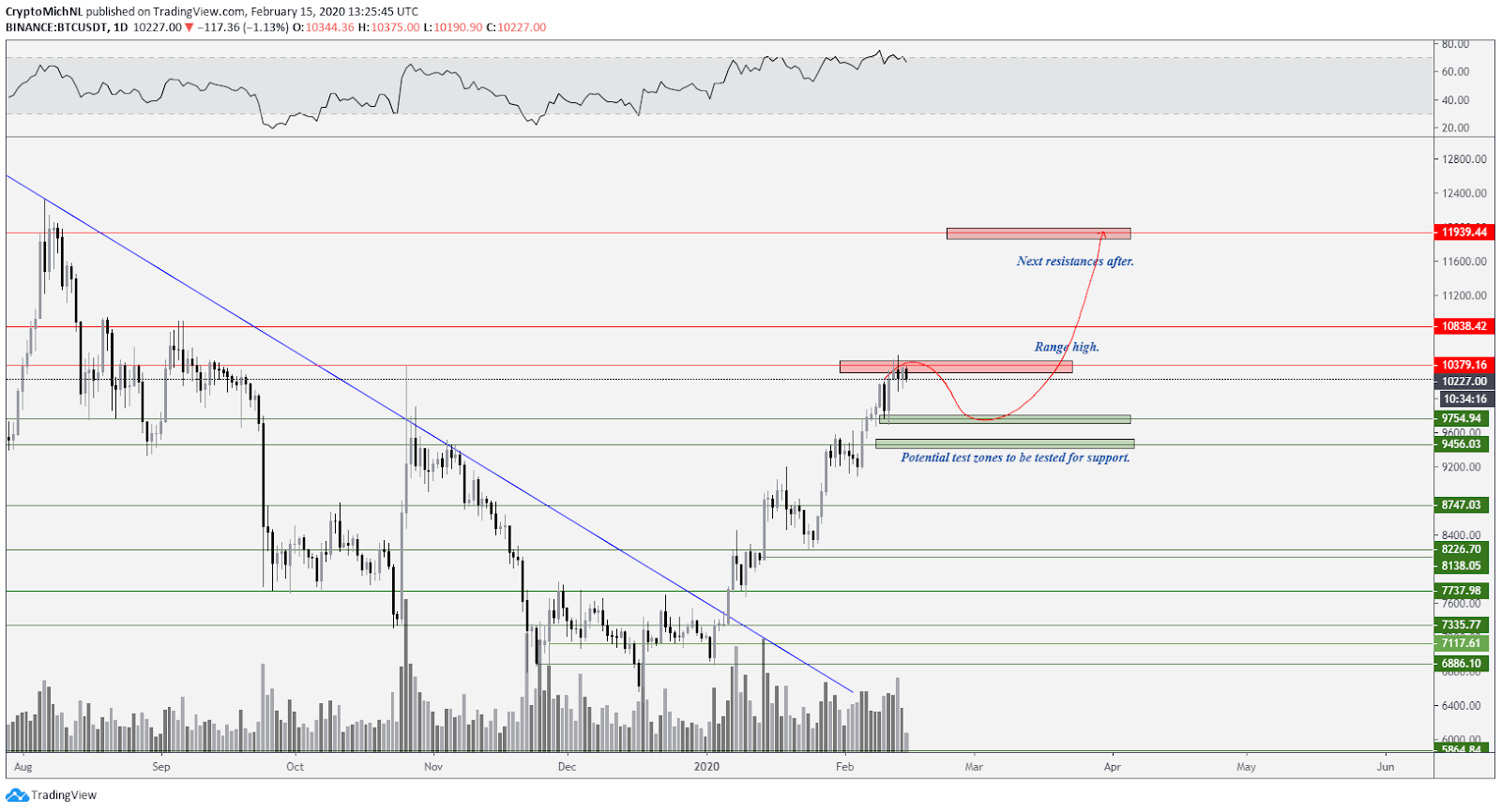 The main bullish scenario would be a retest at $9,750-9,800 before continuation. Buyers have to step in at that level to continue the bullish momentum.

However, does the market grant such retests? As discussed, upwards trending markets don’t see massive pullbacks. If something like this occurs, it usually ends up in a fast wick, after which the market bounces back up immediately. And such a test doesn’t even have to occur. In fact, the price of Bitcoin is currently seeing such strong bullish momentum that a breakthrough from current levels wouldn’t be a surprise. 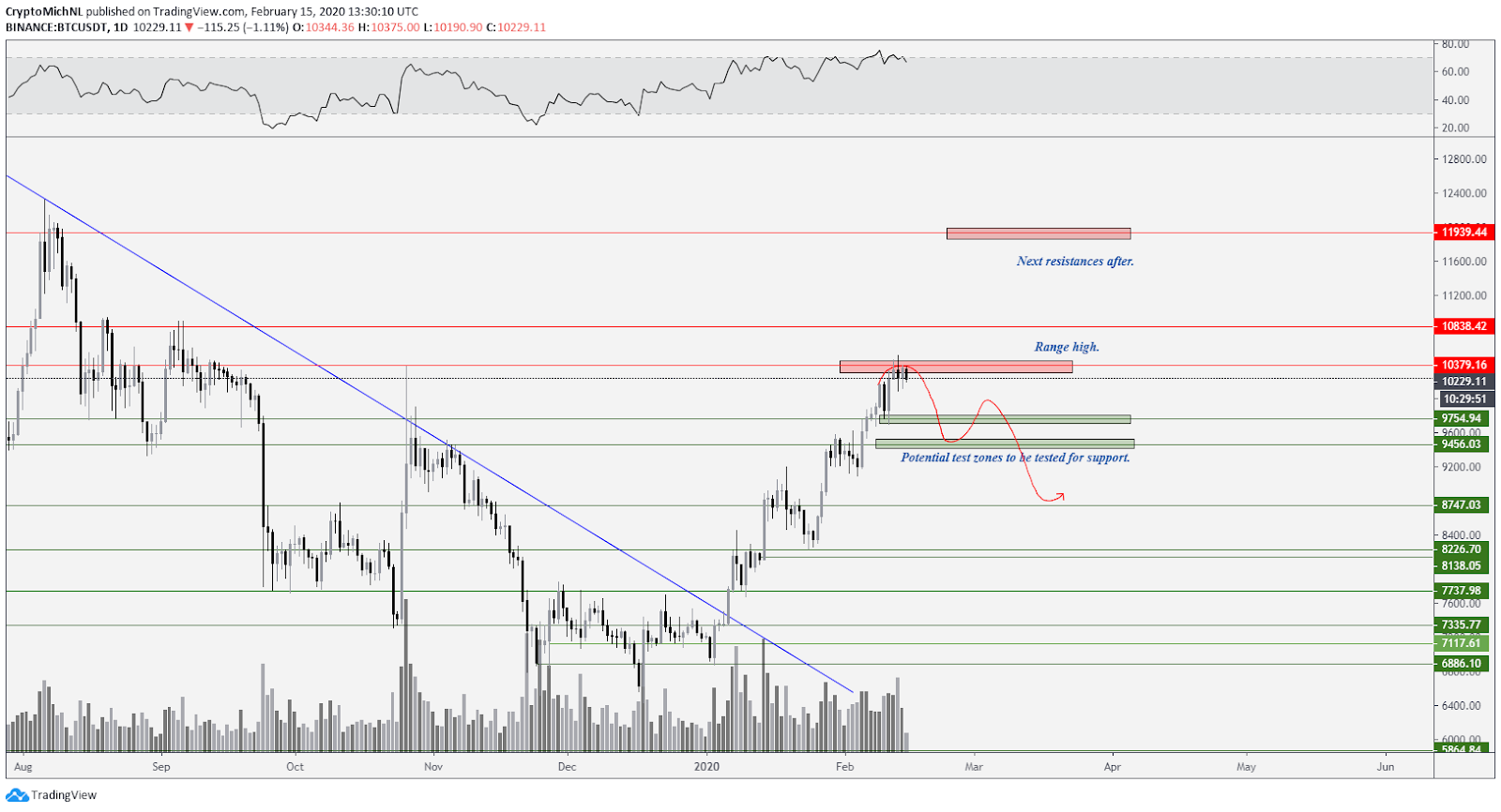 The bearish scenario is pretty straightforward. The price of Bitcoin needs to be rejected at $10,400, after which a retracement towards $9,500 should occur. If there are not many buyers stepping in, a weak bounce needs to happen with immediate rejection at $9,800 (a bearish retest).

A bearish retest and weak bounce would be a signal for downwards continuation with the first targets being $8,750. This bearish scenario doesn’t have many arguments right now, however, since the market is in an upward trend. Unless there are more bearish arguments starting to line up, I don’t think we’ll see this scenario play out.