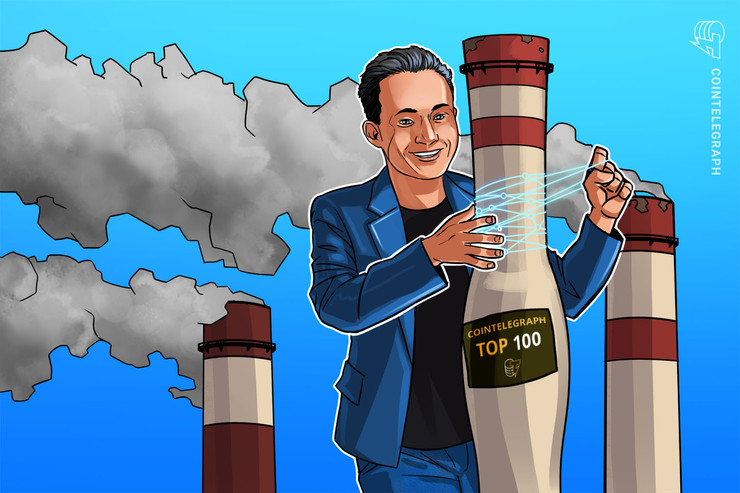 Born in China’s Qinghai Province, 29-year-old Justin Sun is the founder and CEO of Tron, one of the largest blockchain networks in the world.

Sun, who holds a master’s degree in East Asian studies from the University of Pennsylvania and a bachelor of arts in history from Peking University, launched the Tron Foundation in Singapore in September 2017. Later that year, Tron released its open-source protocol, followed by its mainnet launch in May 2018.

Tron’s cryptocurrency, Tronix (TRX), currently ranks as the 14th-highest-performing cryptocurrency in the world. According to the Tron website, TRX is capable of handling 2,000 transactions per second. Tron acquired peer-to-peer file-sharing giant BitTorrent in June 2018 to run the BitTorrent token, BTT.

Since founding Tron in 2017, Sun has become one of the most controversial figures in the blockchain space. In March 2019, Sun announced a contest on Twitter to give away a Tesla. This created an uproar, as Sun switched back and forth between winners multiple times. Sun also made headlines for scheduling, canceling and finally organizing a lunch meeting with famous billionaire Warren Buffet.

While he may be polarizing, Sun is responsible for much of the success behind the Tron ecosystem. According to Sun, Tron’s biggest accomplishment in 2019 was the partnership the company formed with Samsung, which was announced last October. Sun told Cointelegraph:

“A big obstacle for blockchain adoption has been getting phone manufacturers to accept cryptocurrency and blockchain-based apps. For instance, many crypto wallets are unable to make it on the Apple Store and Google Play. Forming the partnership with Samsung shows that the Samsung Galaxy store supports cryptocurrency and DApps. Samsung is key for building on Galaxy. We also have plans to work with other leading phone manufacturers moving forward.”

Sun mentioned that there are almost 700 decentralized applications, or DApps, running on the Tron platform. This demonstrates Tron’s success in a short amount of time, considering there were only 70 DApps at the start of 2019. Sun noted that two DApps evolve on the platform daily, making the network the leading DApp provider in the industry.

Tron recently introduced its second solution, the Sun Network, which is a sidechain scaling platform designed to deliver unlimited scaling capacity for the Tron network.

The solution will supposedly allow DApps to consume less energy while ensuring higher security and efficiency. Sun explained that many DApps on Tron will migrate over to the Sun Network this year to provide further scalability.

Sun also noted that a dark mode task team is working on solving the scalability issues between Tron and BitTorrent, which is an important task, as Tron plans to introduce 100 million users from BitTorrent to its blockchain by the end of February 2020.

Scalability issues were demonstrated during the BTT token sale, which took about 15 minutes yet could have lasted just seconds if not for technical issues.

Plans for BTFS and a DeFi takeover

Following YouTube’s ban on crypto-related content, Sun also mentioned that the newly launched BitTorrent File System will serve as one of the largest decentralized storage protocols in the world. He explained:

Sun told Cointelegraph that the network will launch sometime in March of this year.

In addition, Sun mentioned plans to bring a decentralized finance, or DeFi, solution to the Tron ecosystem. According to Sun, 900 million stablecoins have already been built on top of Tron. Sun noted that the combined market cap of these stablecoins could surpass $2 billion next year, giving him confidence that Tron will catch up with the leading DeFi player, MakerDAO.

Justin Sun is ranked #10 in the first-ever Cointelegraph Top 100 in crypto and blockchain.