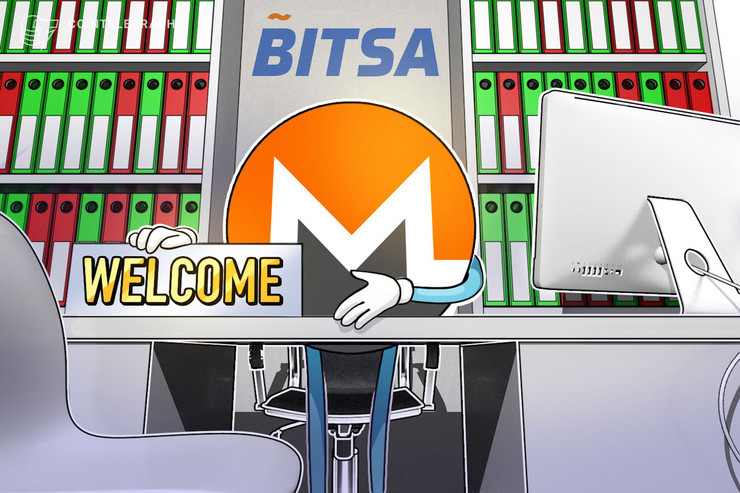 By enabling Monero support on its Bitsa Card, the company unclocks “all types” of XMR-based card transactions in physical stores and online, including card-to-card transfers and Monero conversion to euro (EUR), Bitsa announced on Feb. 21.

Launched in Q3 2019, Bitsa Card supports a total of 12 cryptocurrencies like Bitcoin (BTC) alongside EUR bank transfers and payments so far, Bitsa CEO Luis Vaello said in an email to Cointelegraph.

As suggested by some online users, Bitsa Card might be the first prepaid crypto card to have enabled privacy-oriented cryptocurrency Monero. The addition of the altcoin comes in line with the company’s mission to enable more funding methods, according to the CEO. Vaello said:

“We do not know 100% if we are the first card to support Monero, but we are definitely ones of the first and at least the only one fully functional.  Our idea is to make Bitsa recharged with as many funding methods as possible.”

In the announcement, Bitsa emphasized that Monero’s transactions are not traceable due to its anonymous nature:

“While the vast majority of cryptocurrency transactions are verifiable and traceable by anyone, the addresses (sender and receiver) and the amounts sent are hidden in Monero. Therefore, since there is no trace due to its high privacy, it is impossible to distinguish these tokens.”

Headquartered in Monaco, Bitsa provides both a card and full electronic account, allowing its users to transfer funds and pay for services in countries in the Single Euro Payments Area (SEPA). Since the launch, Bitsa Card issued about 30,000 prepaid cards, expecting to have more than 150,000 users in 2020, the executive noted.

Asked by Cointelegraph about how Bitsa is regulated, the firm’s CEO Vaello answered that “there is no specific regulation or license for prepaid electronic accounts such as Bitsa.”

Vaello, who is also CEO of a similar Spanish financial service, Bitnovo, noted that Bitsa is operating in compliance with major European laws like the European Union’s Anti-Money Laundering Directive (5AMLD), which came into effect in January 2019.

However, Vaello pointed out that some countries like Spain haven’t adopted the new law so far, noting that it will take a long time to bring it fully into force. The executive said:

“All countries should have transposed the directive by Jan. 10, 2020. Unfortunately this has not happened in countries like Spain where there are big industry players like Bitnovo selling cryptocurrency gift cards in thousands of stores. Regulation is not fast in every country. Nevertheless companies like Bitsa, Bitnovo and many other exchanges are fully prepared and compliant.”

In November, Bitsa rolled out Bitsa Young, a prepaid Visa card that allows Spanish teenagers between 14 and 17 years old to conduct major operations like online purchases, ATM cash withdrawals without being associated with a bank account.