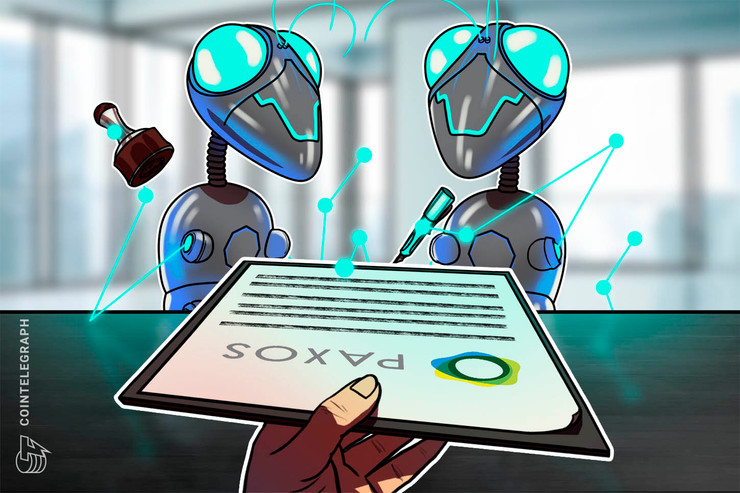 Paxos, a New York-regulated financial firm and the issuer of a USD-pegged stablecoin, has launched its blockchain-based settlement platform.

As reported, Paxos Settlement Service is being launched under no-action relief from the U.S. major financial regulator, the Securities and Exchange Commission (SEC). The no-action relief means that the agency will take no action against Paxos when the firm starts to roll out its settlement platform.

However, Paxos still plans to submit its application for clearing agency registration with the SEC in 2020 in order to offer its settlement service to all broker-dealers, the announcement notes.

Paxos Settlement Service is a private, permissioned blockchain tool that is designed to allow participants to mutually settle securities trades directly with each other. In its first live application with Credit Suisse and Instinet, the service enables the simultaneous exchange of cash and securities to settle trades. The third member, French conglomerate Société Générale, is also set to soon start settling U.S.-listed equities trades with Paxos Settlement Service.

Executives at the joint initiative expressed confidence that the newly launched platform will provide more efficiency and long-term cost benefits in the process of global securities settlement and global trade. Emmanuel Aidoo, head of digital asset markets at Credit Suisse, emphasized that Paxos platform is compliant with relevant regulations:

“The initiative has the potential to deliver great efficiency and cost savings to the post-trade cycle. Paxos Settlement Service introduces blockchain technology that’s compliant with regulations and allows us to take important strides towards evolving market structure and unlocking capital that is tied up in legacy settlement processes.”

Paxos has been supported by multiple major regulators in the U.S. so far. Following approval by the New York Department of Financial Services, the company launched a USD-backed stablecoin dubbed Paxos Standard (PAX) back in 2018. One year later, Paxos launched a gold-backed token based on the Ethereum blockchain, called PAX Gold (PAXG). As reported, the New York State Department of Financial Services approved the altcoin’s issuance, describing it as the “first gold-backed virtual currency in New York state.”

What are phygital NFTs, and how do they work?
Justin Aversano makes a quantum leap for NFT photography
Bitcoin pro traders warm up the $24K level, suggesting that the current BTC rally has legs
DeFi enjoys prolific start to 2023: DappRadar report
Shiba Inu price rebounds 100% after record lows against Dogecoin — more upside ahead?