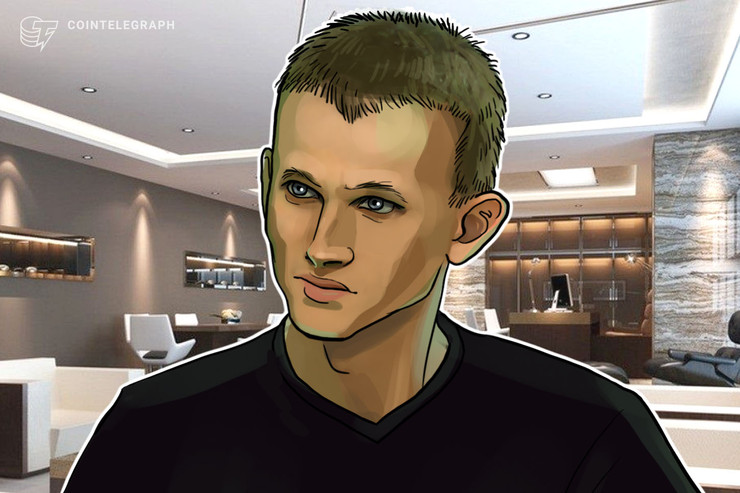 Ethereum co-founder Vitalik Buterin discussed plans for Ethereum 2.0 during an exclusive interview with Cointelegraph on Feb.19 at the Stanford Blockchain Conference. Buterin explained that the major development for ETH 2.0 over the course of this year is the launch of Phase 0. He said:

“Phase 0 is the first phase of the Ethereum 2.0 launch. This will release the proof-of-stake network, which will come online this year.”

While the official launch date of Phase 0 is still unknown, Buterin explained that Phase 0 is close to having a multi-client testnet and audits of the existing code. He noted:

“A lot of optimization is currently underway with Phase 0, which we will continue to refine over the next few months.”

Following the launch of Phase 0, Buterin stated that ETH 2.0 will begin as an independent PoS network. He explained that the purpose behind this is to allow the PoS system to start off slowly in order to prove its capabilities over time. He explained, “Ethereum 2.0 will start with no applications and will have a small number of validators.”

Buterin noted that Phase 1 of ETH 2.0 will launch next, which will enable sharding. According to a blog post from ETH 2.0 testnet client Prysmatic Labs, ETH 2.0 will contain a central blockchain known as the Beacon Chain. This will coordinate all 64 sidechains called shards.

The post explains that every shard will act as a full PoS system, containing an independent piece of state and transaction history. Instead of processing all network transactions, each node will only process transactions for a certain shard.

If implemented correctly,, sharding would provide a solution for Ethereum’s scalability problem without compromising the network’s security and decentralized nature. Buterin noted that once the ETH 2.0 network becomes fully robust, Ethereum 1.0 will merge into the 2.0 system, completing the transition.

Ethereum 2.0’s development team held an “ask me anything” session on Reddit on Feb. 5. Cointelegraph reported that during the event, the primary concern from the Ethereum community was the transition to a PoS system. As a PoS network, asset holders are rewarded for pledging their coin holdings to protect and validate the network. ETH 2.0 will require 32 Ether (ETH) to participate as a validator.

Additionally, one user noted during the AMA that the increasing wealth disparity seen in a staking model could potentially reward the wealthy for having more money. However, Danny Ryan from the Ethereum Foundation argued that PoS systems are fairer than proof-of-work systems. He said:

“In both cases, the owning of an asset allows for seeking gains on that asset. The difference between the two is that in PoS, the mapping of capital to gains is much more direct and fair.”

Buterin also noted that while ETH 2.0 is being tested and developed, new scaling solutions are being created that are compatible with Ethereum and capable of solving some of its main challenges. For instance, “Optimistic Rollups” are second layer constructions that enable smart contracts to scale.

“Offchain Labs is trying to scale up and improve the performance and lower the cost of smart contracts on Ethereum in a way that is compatible with existing Ethereum blockchains.”

According to Felten, the legacy applications written as Solidity smart contracts can be fed into the Arbitrum tool chain. This creates a custom sidechain for developer applications, yet security for these applications is anchored on the Ethereum mainchain. He said:

Felten also made it clear that Offchain Labs is not competing with Ethereum, but rather offering a compatible second layer solution to solve performance and scalability issues. When asked if a solution like ETH 2.0 is needed with Arbitrum in place, Felten said:

“We hope that Ethereum 2.0 brings the expected benefits to Layer 2 solutions like ours, but we’re not waiting around for that to happen.”