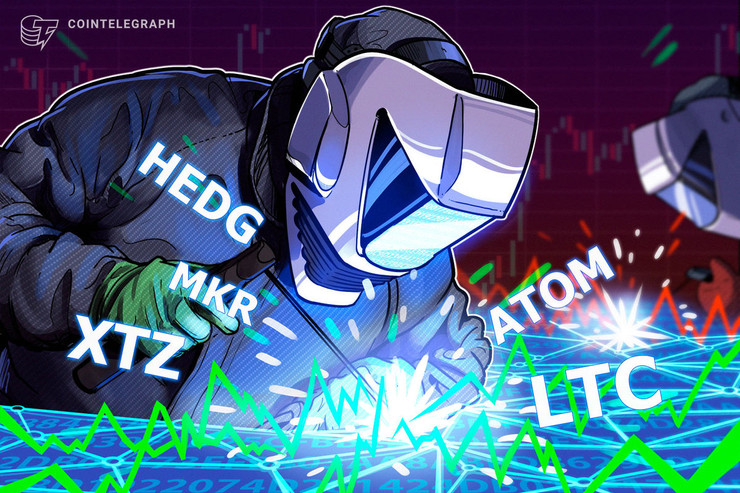 After numerous big companies exited Facebook’s Libra project and several regulators voiced their concerns, news about the project had taken a back seat. However, this week, the Libra Association announced that E-commerce giant Shopify had joined the network.

The Libra Foundation said that Shopify, an online marketplace hosting more than one million merchants, would be an “incredible partner in making widespread economic participation a reality.”

Several central banks have said that Libra forced them to consider launching a central bank digital currency (CBDC). While a few nations have initiated pilot projects to experiment with digital currency, others like China have also outlined their plans to launch their own CBDC.

With these developments, the call for the US to launch a digital dollar has been increasing. Recently, former chairman of the Commodity Futures Trading Commission Christopher Giancarlo said that the US Federal Reserve must issue a digital dollar to compete with China’s digital yuan.

On Feb. 19 Bitcoin (BTC) plunged sharply, which dragged down the entire crypto space. However, a positive is that corrections in Bitcoin price are attracting buyers at lower levels instead of leading investors to rush toward exiting the crypto market. If Bitcoin can resume its up move, it is likely to pull the altcoins along with it.

Can the top performers of this week build on their strength or is it time to book profits? Let’s spot the critical levels to watch out for.

Tezos (XTZ) has consistently been present among the top five performers for the past few weeks, which shows that the bulls continue to buy it at higher levels. Although there has been no major announcement or development in XTZ this week, the price has managed to be the top performer with a 12% gain.

This shows that its momentum is still intact but it is now time to determine whether the bulls can scale above the overhead resistance at $4.00 or is time to book profits?

The XTZ/USD pair has risen for seven consecutive weeks. Currently, the bears are defending the psychological resistance at $4. However, the positive thing is that the bulls have not given up much ground.

If the price consolidates close to the recent highs, it will increase the possibility of a move to the next target objective of $4.80 and above it $5.39479, which are 261.8% and 300% Fibonacci extension levels.

However, if the bulls fail to scale the price above $4, the pair might witness profit booking. The RSI is deeply overbought, which also points to a correction of consolidation in the next few days. The first support on the downside is $2.92 and below it $2.60, which are the 39.2% and 50% Fibonacci retracement levels of the most recent leg of the rally.

Instead of chasing price higher we suggest traders wait for a dip or a consolidation period before buying.

Hedge Trade (HEDG) is the second-best performer of this week with a rally of over 9%. In a blog post, the company announced the launch of the HedgeTrade Leaderboard, which will feature the names of the top successful traders on the platform. This makes it easier for novice traders to follow the best performing professional traders.

The HEDG/USD pair has been consolidating near its lifetime highs for the past four weeks. This is a positive sign as it shows that the bulls are not booking profits even after the stellar run of the past few months.

Though the bulls attempted to resume the up move this week, they have not been able to push the price above $3. This shows that the bears are defending the round figure at $3. If the bulls fail to scale the price above $3, the pair might extend its consolidation for a few more weeks.

The extremely overbought reading on the RSI also points to a consolidation or a correction in the next few days. A break below $2.37 can drag the price to $2.052 and below it to $1.765, which are the 38.2% and 50% Fibonacci retracement levels of the most recent rally.

However, if the bulls can push the price above $3 and sustain it, the uptrend will resume. The first target on the upside is $3.37 and above it $4.

Cosmos (ATOM) with a gain of about 7% bagged the third spot among the top performers of this week. Let’s study its chart to see whether it can pick up momentum in the next few weeks.

We had spotted a cup and handle pattern in one of earlier analysis, hence, had recommended traders to buy it. Though the buy levels were triggered, the bulls could not carry the price to our target objective of $6.9677.

For many weeks, the price remained stuck between $4 and $5, which is a positive sign as it shows that the bulls were not willing to close their positions. If the ATOM/USD pair can close (UTC time) above $5, it is likely to move up to $6.9677.

Contrary to our assumption, if the bulls fail to push the price higher, the bears will make another attempt to sink and sustain the price below $4. If successful, a drop to $3 is possible. Therefore, traders can trail the stop loss on their long positions to $3.80. Let’s reduce the risk.

Maker (MKR) rallied about 6% this week and turned out to be the fourth-best performer. Recently, MakerDao and Pundi X launched a Crypto Merchant program in the Latin American countries to attract more merchants to adopt crypto and popularize the use of Dai.

Furthermore, the MKR foundation, with their sale of $27.5 million worth of MKR to venture capital funds Dragonfly Capital Partners and Paradigm, have already made their intentions to enter Asia clear.

The MKR/USD pair has been range-bound between $400 and $800 for more than a year. After rebounding off the support at $400 in Dec. of last year, the bulls are likely to carry the price to the resistance of the range at $800.

If the bulls can push the price above $800, it will be a huge positive and can start an uptrend that has a minimum target objective of $1,200. As the range has been long, we expect the breakout to surprise on the upside. Above $1,200, the next level to watch is $1,400.

The traders can wait for the price to break out and close (UTC time) above $800 before buying. Conversely, if the bulls again fail to propel the price above $800, the pair might extend its stay inside the range for a few more weeks.

Litecoin (LTC) rounded up the list of the top performers with a moderate 3% rally in the past seven days. What does its chart project for the long-term?

We find a large rounding bottom pattern on the weekly chart, which will complete on a breakout and close (UTC time on a weekly candlestick) above the overhead resistance at $80.2731. This setup has a target objective of $124.688.

If the momentum can carry the price above $124.688, the LTC/USD pair can reach $145.675. The upsloping 20-week EMA and the RSI in the positive territory suggest that bulls have the upper hand.

Therefore, the traders can buy on a close (UTC time) above $80.2731 and keep a stop loss below $65. The up move might face stiff resistance at $100. If the bulls struggle to scale this level, the stops can be tightened.

Our bullish view will be invalidated if the price turns down from the current levels and plummets below the strong support at $66.1486.