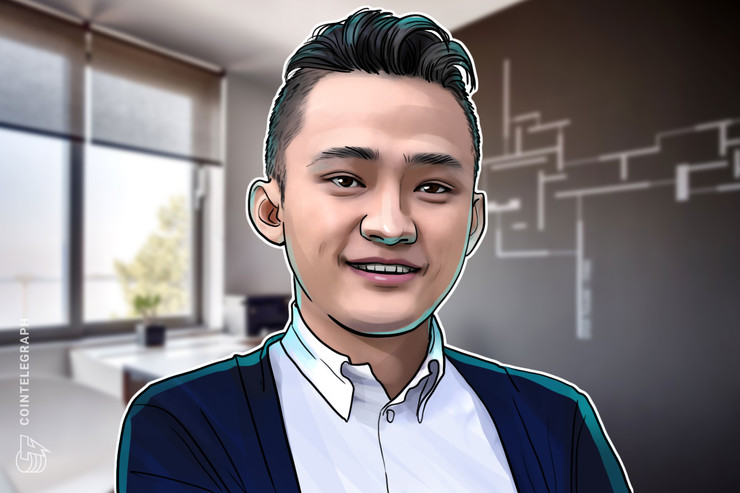 Justin Sun, the founder and CEO of Tron (TRX), the 15th biggest cryptocurrency by market cap, is investing in a number of cryptos other than Bitcoin (BTC).

In a Feb. 23 interview with CNN, Tron CEO said that he is a long-term believer in cryptocurrencies and owns a stake in many altcoins, including the two largest coins after Bitcoin — Ether (ETH) and XRP.

When asked whether Sun has its crypto portfolio diversified, the Tron CEO answered:

“I own a lot of XRP and Ethereum, too. I’m like a long-term believer of the crypto so I want all crypto assets to succeed. So that’s why I own a lot of other different cryptos as well.

As a major believer in crypto, Sun is bullish on the price of cryptocurrencies and confident that cryptos like Bitcoin are the future of money. In the interview, Tron CEO predicted that Bitcoin will cross $100,000 mark in 2025, emphasizing that other cryptocurrencies will follow the trend.

“I definitely believe Bitcoin will pass $100K in 2025. I believe we can achieve this price before 2025. At the same time, I think a lot of other crypto projects like Tron, Ethereum and XRP will also see bull market.”

In line with his bullish stance on crypto, Tron’s Justin Sun claimed in the interview that he invests all of his money to crypto. However, Sun still converts his crypto in fiat currencies like the United States dollar. In the interview, Tron CEO said that he only withdraws crypto to fiat when he needs to spend money in his daily life.

The news comes about a month after Sun had his charity lunch with Berkshire Hathaway chairman and known Bitcoin critic Warren Buffett. On Jan. 23, Tron CEO met with Buffett to finally have a long-awaited luncheon after postponing the event for medical reasons previously in 2019.

In the latest interview, Tron CEO revealed that he didn’t exactly try to convince the famous billionaire investor that crypto will massively surge in the coming years. Instead, Justin Sun was trying to explain some crypto potentials to Buffett as he wanted him to understand basic fundamentals of blockchain and crypto such as instant crypto transactions.

Tron CEO also outlined that Buffett was “very open” to new technologies like crypto and blockchain, noting that the the known investor accepted Bitcoin and TRX from him. However, Buffett has claimed that he doesn’t own any cryptocurrency and doesn’t plan to invest in any crypto in a Feb. 24 interview with CNBC. In the interview, the billionaire investor reiterated his negative stance on crypto, arguing that cryptos have “zero” value and don’t produce anything.

In another CNBC interview in 2018, Buffet predicted that crypto will come to a “bad ending,” declaring that Bitcoin is “probably rat poison squared.”

Cointelegraph reached out to the Tron team for additional comments on the matter and will update if we hear back.