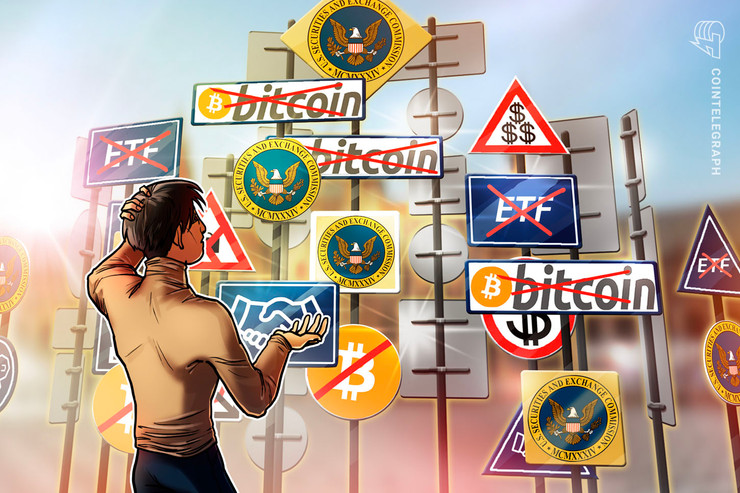 NYSE Arca had submitted a proposed rule change to allow the listing and trade of Wilshire Phoenix’s United States Bitcoin and Treasury Investment Trust. The proposal included both US Treasury Bonds and Bitcoin and hoped to address the SEC’s concerns over market manipulation by automatically rebalancing into bonds during periods of BTC price volatility.

Explaining the reasons behind its Wednesday ruling the SEC said the company had been unable to provide enough proof that it can protect itself from “fraudulent and manipulative acts and practices” in the Bitcoin market in order “to protect investors and the public interest.”

“The Commission must disapprove a proposed rule change filed by a national securities exchange if it does not find that the proposed rule change is consistent with the applicable requirements of the Exchange Act — including the requirement under Section 6(b)(5) that the rules of a national securities exchange be designed to prevent fraudulent and manipulative acts and practices.”

The SEC has rejected at least nine previous Bitcoin ETF applications to date including applications from Bitwise Asset Management, VanEck/SolidX and Direxion. Kryptoin and Crescent Crypto still have crypto ETF proposals awaiting decisions from the SEC.

In her dissent to the rejection, Commissioner Peirce stated that the commission had “once again disapproved of a proposed rule change that would give American investors access to Bitcoin through a product listed and traded on a national securities exchange subject to the commission’s regulatory framework.”