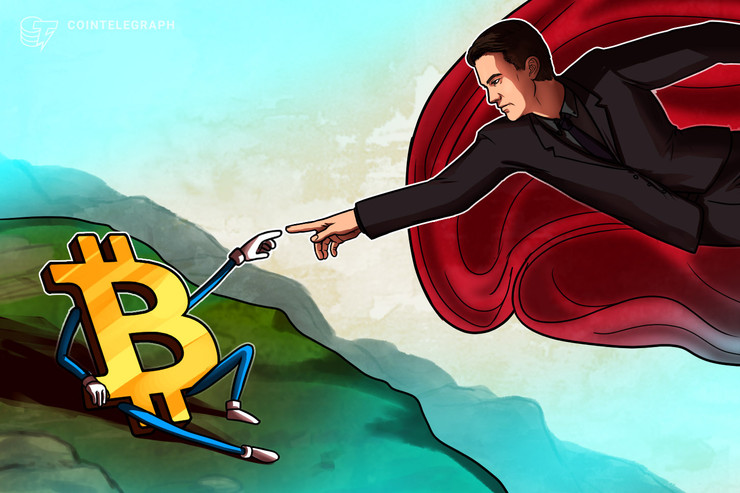 As Cointelegraph reported yesterday, self-proclaimed Bitcoin (BTC) creator Craig Wright claims that Bitcoin can and will be seized to accommodate court orders. What follows is an analysis of whether what he says is possible and plausible.

Screenshots resurfaced on Feb. 26, show that Wright claims Bitcoin will be seized without using the owner’s private keys. Instead, it will be moved through miners and nodes coordinating to comply with a court order. He said that code is law but “courts can mandate patching code.”

Cryptocurrency security consultant Sergio Demian Lerner told Cointelegraph that Wright’s proposition “is morally and legally ridiculous” given that the stolen Bitcoins “may have switched hands too many times to confiscated now.”

Furthermore, Lerner also said that miners cannot take control of the Bitcoins without changing the consensus protocol. Still, he admitted that mining pools, on the other hand, may be able to block Bitcoins if forced. He explained that governments could attempt to force most mining pools to prevent some Bitcoins from changing hands with a process similar to a 51% attack, but he does not expect this approach to work:

“The largest pools are composed by many smaller independent mining farms, and those farms would just start mining solo to prevent coercion instead of being part of such a pool. Therefore I suspect the government-controlled mining pool will just  vanish from the available active and useful hashrate.”

Lerner concluded that such an approach would need law enforcement to prosecute miners that mine on pools that do not enforce censorship in many different jurisdictions. Even if such measures would be taken by governments, he expects that “Bitcoin would just switch to some other form of proof-of-work and keep moving forward.”

Author of the first proof-of-work crypto Karma System Emin Gün Sirer suggested that the claim is part of Wright’s effort to “lay down a misguided foundation to make his followers believe that miners can unilaterally reassign coins.” He said:

“This is likely part of his strategy to take ownership of Satoshi’s coins. It’s very transparent, shallow, and unconvincing. My professional opinion is that he’s a nobody trying to pull a simple scam on unsophisticated investors captivated by his unconvincing, poorly constructed, fraud-ridden tale.”

Wright is drowned in criticism

While Wright has always been a controversial figure in the cryptocurrency space, lately he attracted much more criticism than usual.

Just this month, co-founder and CEO of major cryptocurrency exchange Binance Changpeng Zhao defined Wright as “a fraud” and the Canadian actor that played Captain Kirk William Shatner said that he does not believe his claims. More recently, Zhao also told Cointelegraph:

“He claims to be the founder of Bitcoin, Satoshi Nakamoto, which is a lie. He hurts the credibility of Bitcoin and is a disgrace to our entire industry.”

Still undeterred, Wright decided this month to warn Bitcoin and Bitcoin cash that they should stop using the Bitcoin database in order to avoid potential lawsuits.

Stablecoin data points to ‘healthy appetite’ from bulls and possible Bitcoin rally to $25K
Bitcoin price surge: Breakthrough or bull trap? Pundits weigh in
SushiSwap passes 100% fee relocation, 10.9M SUSHI clawback proposals
UK’s FCA hints at why its given only 15% of crypto firms the regulatory nod
Creating self-sovereignty in the creator economy and Web3 — Is there room for both?