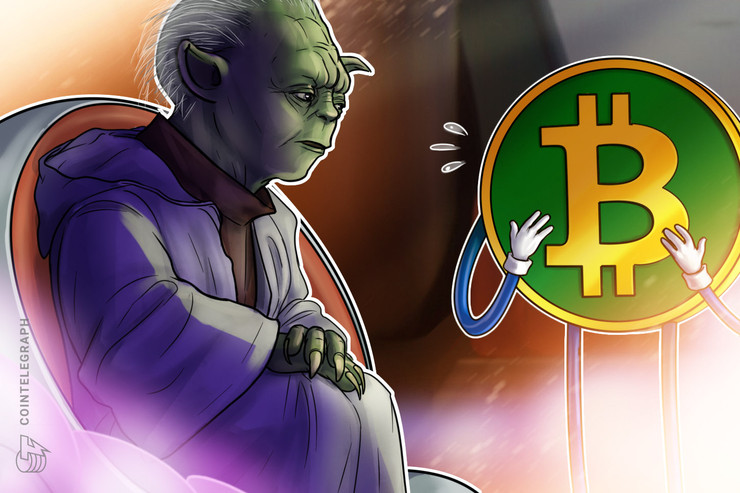 Each crypto token commands a small army of fierce supporters. For many, the sole cryptocurrency that is worthy of such staunch support is Bitcoin (BTC). But what truly is Bitcoin, what is its purpose, and how can it be fully optimized?

The division among those trying to answer these questions led to the creation of Bitcoin Cash (BCH), Bitcoin’s most successful offshoot. While for some, BCH has been the answer to crypto’s woes, but the coin has had some significant issues of its own over the past few months. From a multimillion-dollar hack to a new mining tax, BCH is dividing its community like never before.

Bitcoin, in its original form, was invented by a mysterious figure known only as Satoshi Nakamoto. Its creation went from an ambitious project whispered about in libertarian and cypherpunk circles to the global financial industry in its own right. But, while Bitcoin was developing, arguments broke out over the direction in which it was growing, and about the fundamental parameters of the technology.

Scalability is one of the most fundamental issues for any cryptocurrency. Although Bitcoin is the biggest and best-known cryptocurrency, it still struggles with the same scalability issues. Bitcoin’s block size was limited to 1 megabyte, but such a limit creates long delays in transaction processing times, as it reduces the total number of transactions that can be carried out in each block.

Here’s where BCH comes in. Developers changed the block size from 1 MB to 8 MB. They hoped that this would boost the number of transactions per second to rival payment titans like PayPal and Visa. But, inevitably, philosophical differences arose. The crux of the issue was found over what people consider the purpose of Bitcoin to be. For those who believe Bitcoin is a store of value, slower transaction times are not much of an issue. But for those who think Bitcoin is an exchange of value, slashing processing speeds and costs — thereby maximizing practical applicability — is paramount.

Consequently, Bitcoin Cash was pioneered in 2017 by Roger Ver. A cursory glance through Crypto Twitter reveals that vehement disagreement between the two Bitcoin camps still runs rife. But the dispute is not limited to the core nature of Bitcoin. New crypto projects face not only new security issues but also the challenges of living up to the ideals of their creators. And, as recent weeks have shown, it’s no different for BCH.

Ver weighs in on the BCH hack

Investing in cryptocurrency is notoriously risky. Although security has been advancing in leaps and bounds, investors are still at significant risk of being hacked. With what feels like a high-profile hack taking place almost every week in the crypto world, not even the most experienced investors are safe from cybercriminals. Earlier this week, BCH was back in the spotlight after an attacker stole $30 million in crypto from one prominent investor in a wallet hack.

While rumors initially swirled about the victim of the multimillion-dollar hack, a now-deleted Reddit post from Feb. 22 revealed that the victim is Josh Jones, founder of web hosting company Dreamhost. The hacker appeared to compromise Jones’s SIM card, but it is not yet known whether this was the result of a so-called “SIM swap.” In the deleted Reddit post, Jones called for help, requesting that BCH miners not validate the transactions:

“It’s only had 3 confirmations. If any miners/the community can help somehow, I’ve got the private keys. Help help help.. Big reward obviously.”

Hacks occur depressingly often in the crypto world. But when such a targeted attack carries off millions of dollars in one of the most prominent cryptocurrencies, it draws attention at the very highest level — though perhaps not for the obvious reasons. In an exclusive interview with Cointelegraph, Ver appeared to see the silver lining in Jones’s poor fortune:

In fact, Ver’s enthusiasm extended beyond his support for Jones having kept such a vast amount of BCH. Ver told Cointelegraph that the attack could have positive implications for the cryptocurrency, indicating that despite the tragedy, its intrinsic value is high enough to attract criminal interest:

Ver was not sanguine about Jones’s ability to recover the stolen funds. Ver admitted that he thought the impossibility of recovery was down to the intrinsic nature of cryptocurrencies. Responding to a question from Cointelegraph, Ver conceded that there is nothing that can be done:

“No, and I wish, I wish there was to some extent. But, on the other side, that’s kind of the whole point of cryptocurrencies — that transactions are irreversible.”

While Ver might not have any wise words for the victim of the attack, he inadvertently appeared to give the hacker tips about how to effectively avoid being brought to justice:

“The fact of the matter is there really isn’t anything anybody can do unless the hacker is dumb enough to deposit the coins directly to an exchange without sending them through any sort of, you know, fungibility tool of any sort. Something like, you know, CoinShuffle or CashFusion on Bitcoin Cash. There’s a lot of cool tools on Bitcoin Cash to enable that. In this instance, it’s a little bit sad that those tools will be used to help a hacker.”

Dovey Wan, a founding partner at crypto asset fund Primitive Crypto and vociferous Twitter commentator, was quick on the draw when laying out her views on the multimillion-dollar hack. Jones’s deleted Reddit post did not escape Wan’s eagle-eye for a screenshot opportunity. Wan attached the post in a thread, criticizing him for keeping such a vast amount of crypto in a mobile-accessible wallet.

But the targets of Wan’s pointed criticism were not restricted to Jones alone. Wan postulated that the hacker was likely in the process of splitting up the stolen funds in order to make them easier to sell on exchanges.

Wan, a firm Bitcoin maximalist, also appeared to hint that the hack could have dire consequences for BCH, writing that only a “double-spent can help this poor guy now.” Wan also tweeted that the hack, along with an unspecified dispute between Ver and Bitmain CEO Jihan Wu, could cause a “slow death” for the cryptocurrency.

Is security in crypto up to scratch?

The BCH hack brings the issue of security back to the fore. Wan appeared to criticize the mobile nature of Jones’s wallet, but according to Kaspersky’s security team lead, Pavel Pokrovsky, mobile wallets are not inherently risky — it depends on implementation:

“Normally, wallets developed by larger crypto-companies that have passed security assessments can be considered more trustworthy compared to wallets that are developed by individuals. Quite often, we deal with phishing cases when wallet applications are developed specifically with purpose to steal funds. Targeted attacks also occur, although they are not specifically related to mobile wallets.”

While Pokrovsky doesn’t believe that the mobile nature of the wallet is to blame for the hack, he admitted to Cointelegraph that the BCH hack was unusual, adding: “This situation should be evaluated deeper. For example, this might be a case where funds were stored on an abandoned wallet or were a subject to targeted attack.” Pokrovsky explained to Cointelegraph that Jones may have been targeted by hackers because his SIM card was reportedly compromised:

“In this case, some sources state that SIM swap took place. So, if this is the case, then most likely, the victim was subject to a targeted attack. Someone knew that their wallet was connected to a specific phone number and arranged fraud with SIM swap. Again, if this is true, then it could have been easily prevented by keeping funds on cold storage, e.g. paper wallet.”

Although efforts are being made across the sector to ramp up security, the skills of cybercriminals are continually adapting. Pokrovsky told Cointelegraph that by virtue of their digital nature and as long as cryptocurrencies continue to grow in value, they will face many of the same security issues as the mainstream financial industry. Despite the security challenges across the entire sector, Pokrovsky believes that BCH is not easier to steal than other cryptocurrencies:

“BCH is based on the same principles as BTC. The most vulnerable element is still a human. In this case, if it was indeed a SIM-related fraud, it could have been any cryptocurrency: BTC, ETH, etc.”

It’s said that only two things are guaranteed in life: death and taxes. While it’s likely that BCH investors will live to see another day, the taxman came knocking earlier than expected. Last month, leading BCH figures, including Jihan Wu and Roger Ver, proposed a 12.5% mining tax on the community.

Posted on Jan. 22, the “infrastructure funding plan” would see a percentage of the mining rewards go to a Hong Kong-based entity. Co-signing entities represented 27% of hash rates. The most controversial aspect of the proposal was its intention to “orphan” noncompliant miners by removing blocks from the chain.

Plans for the tax quickly drew criticism from some high-profile individuals. Brad Mills, a crypto commentator and partner at Xsquared Ventures, appeared to lay the blame at Ver’s feet and accused BCH of a number of flaws — including a lack of decentralization and security — in a Jan. 23 tweet:

“A [couple of months] ago Roger announced a huge BCash fund. I knew there was a catch. Today, Roger put a 12.5% tax on BCH! Roger has become everything & worse than what he accused Blockstream of during 2016/2017. Tax, Checkpoints, EDA, Centralized, 51% attacked. BCash is NOT Bitcoin.”

Only four days later, Ver disassociated himself from the controversial tax initiative in a statement posted on Bitcoin.com, in which he roundly rejected the proposed tax until fundamental changes are made: “As it stands now, Bitcoin.com will not go through with supporting any plan unless there is more agreement in the ecosystem such that the risk of a chain split is negligible.”

While Bitcoin.com acknowledged the visceral reaction from community members, the post went on to hint that, at some point, changes would have to be made: “Developer funding is an important issue to solve and that a proper funding mechanism will help Bitcoin Cash continue to grow as fast, reliable cash for the world.” The post concluded with a call for flexibility about how to come to an effective, permanent conclusion:

“A permanent proposal would be in effect a carte blanche on development and would incentivise ‘development for development’s sake,’ which would defeat the purpose of the fundraising […] to create fast, reliable, digital cash upon a stable, largely unchanging, economically rational Bitcoin protocol.”

It has been a tumultuous month for investors in the BCH community. The token is firmly in the red, although this could partly be attributed to the instability currently being witnessed across global markets because of the effects of the coronavirus worldwide.

The community might have claimed a small victory after Ver’s climb down from the mining tax, but reading between the lines, it appears that change will have to come in order to address the issues surrounding ecosystem agreement.

Regardless of whether the $30-million hack was specifically targeting BCH or Jones himself, faith in the token has been somewhat shaken and is likely to have played a role in the 23% price drop the coin saw this week (as of press time). Recent analysis has shown that bulls will attempt to push the token to $360, but whether the bulls can succeed and investors are able to once again put their weight behind the embattled crypto remains to be seen.