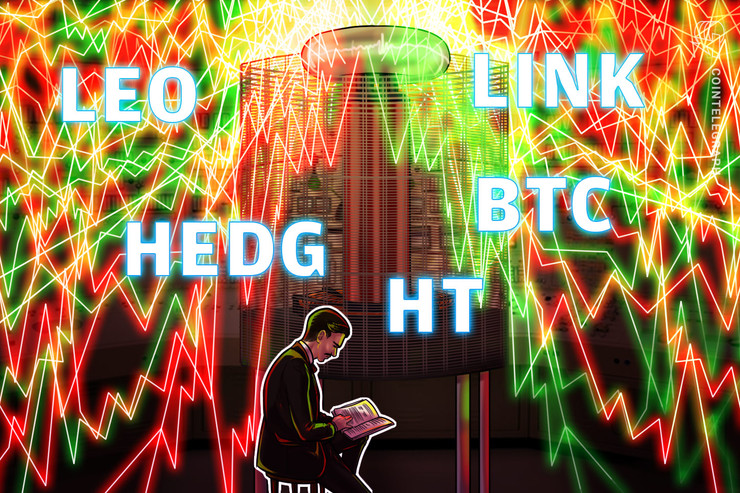 The last week of February saw a blood bath across various asset classes on fears that the coronavirus outbreak is turning into a pandemic. This led investors to dump their positions in the equity markets, which wiped off about $3.8 trillion of value in U.S. stocks. Gold, which has acted as a traditional safe haven was not spared. The yellow metal plunged about 4.6% on Feb. 28, which took the weekly loss to about 5% for the week.

This shows that the investors did not differentiate between asset classes and sold everything in a state of panic. Bitcoin (BTC) and other cryptocurrencies were also not spared in the selloff as investors might have booked profits in them to cover their losses in the equity markets. Bitcoin fell about 14% in February, dragging the whole crypto space lower.

Just a few days back, the crypto traders were all excited when Bitcoin rallied above $10,000 levels. However, within a few days, the traders are now worrying whether the bull phase in Bitcoin is over and will the crypto markets again slump into a bear phase. While it is necessary to gauge the sentiment of the markets, it is worthwhile to stick with the trend.

Let’s study the top five performers of the past seven days to find out whether the trend has turned down or if this is only a minor blip in a long bull market that still has legs to run.

UNUS SED LEO (LEO) was the best performer of the past seven days with a marginal gain of over 1%. Bitfinex suffered a distributed denial-of-service attack on Feb. 28 for about an hour during which the exchange’s activity was severely crippled.

Bitfinex CTO Paolo Ardoino said that though the attack was “very sophisticated,” the team had completely annihilated it in a short period of time and such attacks would not work again against Bitfinex.

The LEO/USD pair is attempting a recovery from its lows at $0.80512 but the bears are defending the overhead resistance at $1.025 aggressively. However, the positive thing is that the bulls are holding ground and have not allowed the pair to slip towards the lows.

We expect the bulls to make another attempt to push the price above $1.025. If successful, the pair will start a new uptrend that can reach $1.36. We anticipate the bulls to again hit a roadblock at this level but if crossed the up move can reach $2.

Our bullish view will be invalidated if the pair turns down from the current levels and dips below the lifetime lows.

Huobi Token (HT) was the second-best performer of the past seven days. It has just about managed to stay in the green. The Huobi group announced the public testnet launch of Huobi Chain on Feb. 29. The exchange also started margin trading on the Huobi Token with a leverage of 2x.

The HT/USD pair had a very volatile week. Along with other cryptocurrencies, it also fell in the early part of the week but reversed direction from a low of $3.8890 on Feb. 27. Thereafter, it surged and broke above the overhead resistance at $5.3506 but the bulls could not sustain the higher levels.

We expect the bears to offer stiff resistance in the $5.3506-$6.10 resistance zone. However, if bulls can push the price above this zone, the ascending triangle pattern will complete. This bullish setup has a target objective of $9.8212.

However, if the bulls fail to push the price above the overhead resistance zone, the pair might remain range-bound between $3.8 and $5.3506. The first sign of weakness will be a break below the 20-week EMA and the trend will turn negative on a break below the trendline of the ascending triangle.

Though Chainlink (LINK) declined about 7% in the past seven days, it turned out to be the third-best performer. During the week, Ethereum Classic announced a collaboration with Chainlink to bring decentralized oracles to Ethereum Classic. Polkadot announced that Chainlink had “completed an initial integration with a Substrate-based blockchain, marking a major milestone in the mission to bring Chainlink’s market-leading network of decentralized oracles to the Substrate chain ecosystem and Polkadot.”

These partnerships and a few more announced during the week helped LINK recover from the sharp losses during the week. Let’s study its chart to see whether we find any reliable buy setups on it.

The LINK/USD pair also succumbed to selling pressure during the week, which dragged its price to the trendline. However, the positive thing is that the bulls purchased close to the trendline, which resulted in a sharp recovery. This shows that the sentiment remains to buy on dips.

We now expect the bulls to make another attempt to push the price above the overhead resistance at $4.8671. If successful, the pair will resume the up move that can carry it to $5.6934 and above it to $7.3101.

Contrary to our assumption, if the bulls fail to push LINK to new highs, the pair might remain range-bound for a few days. A break below the trendline will be the first sign that the up move is weakening. The trend will turn in favor of the bears on a break below $3.

Hedge Trade (HEDG) lost about 13% in the past seven days but still was the fourth-best performer among major cryptocurrencies. This shows that the crypto markets are under pressure. Can HEDG stage a turnaround? Let’s analyze its chart.

If the pair bounces off this support, we anticipate the bulls to make another attempt to carry the price above $3 as it will signal strong buying on dips. After the price sustains above $3, the next level to watch on the upside is $4.

Several popular personalities projected strong short-term and long-term targets for Bitcoin and suggested investors to at least have some Bitcoin in their portfolio.

However, it was not all support for Bitcoin as Berkshire Hathaway CEO and chairman Warren Buffet and gold bug Peter Schiff continued with their anti-Bitcoin views.

Conversely, if the pair reverses direction from the current levels or from $7,856.76, the bulls will make another attempt to push the price above $10,500. We anticipate the bears to mount a strong defense between $10,500 and the resistance line of the triangle.

The 20-week EMA is flattening out and the RSI is close to the midpoint, which suggests a few weeks of range-bound trading. However, if the bulls can push the price above the triangle, the pair is likely to pick up momentum. The pattern target of a breakout of the triangle is 29,882 but it might not be a straight dash to these levels.

We expect the up move to face stiff resistance at $14,000 and above it at the lifetime highs. Until BTC breaks out of the triangle, it might remain volatile. Our bullish view will be invalidated if the bears sink the price below the support line of the triangle.