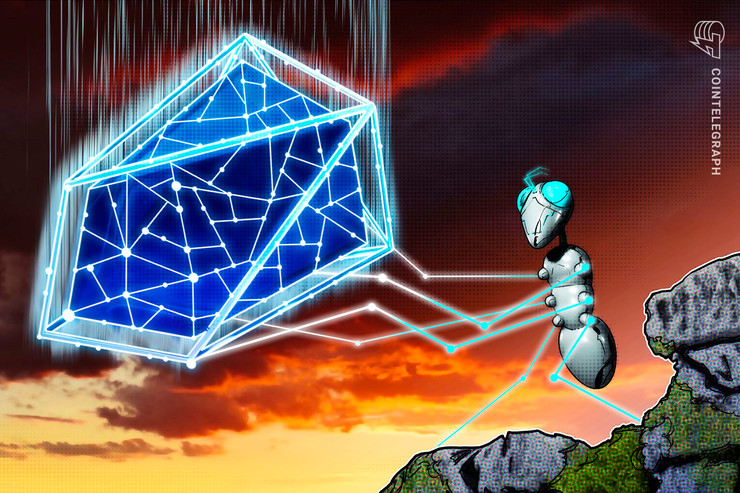 Earlier in January 2020, Block.one released EOSIO 2.0 as an upgraded set of protocol improvements for the software underlying the $3.2 billion EOS blockchain. Following the release of the new version of EOSIO, some crypto exchanges like Coinbase have raised issues with the performance of the network, temporarily halting deposits and withdrawals.

Meanwhile, the EOS community voted on a proposal to slash the network inflation from 5% to 1%, marking blockchain’s second massive token burn event since the second quarter of 2019. While some EOS proponents point to these milestones as proof of increasing decentralization, critics say vote-buying and the expanding control of Block Producers are making the project anything but democratic.

As previously reported by Cointelegraph, Block.one released the EOSIO 2.0 update back in January 2020, three months after it announced the new version of the software in October 2019. As part of the release’s announcement, Block.one claimed that EOSIO 2.0 offered improved speed and security for the blockchain network.

In terms of speed, Block.one declared that EOSIO 2.0 was 16 times faster than the previous version. Other features in the new release include multithreading support, Quickstart Web-based Integrated Development Environment as well as WebAuthn support.

The Quickstart Web IDE feature aims to simplify the process of developing projects based on the EOSIO 2.0 software. According to Block.one’s announcement of the release, the Quickstart Web IDE removes entry barriers for developers, allowing them to create demo applications while being able to make and track changes to their projects.

The addition of the WebAuthn feature allows transaction signing without the need for additional browser extensions of the new software. According to the release announcement, WebAuthn will ensure that the projects built on EOSIO 2.0 will have even more robust security mechanisms against phishing and other data breach attack vectors.

Before the release of EOSIO 2.0, the EOS blockchain had reportedly been dealing with congestion issues. The EIDOS launch in November 2019 caused disruptions on the network, as nodes with less staked computing power experienced difficulty in propagating transactions across the blockchain.

The congestion caused by the EIDOS token airdrop was the latest in a series of degraded network performances for the EOS blockchain. Two days after its mainnet launch in mid-June 2018, transactions were frozen for a brief period.

Earlier in February, Coinbase issued a status update stating that the EOS network was experiencing “degraded performance.” Two days later, the crypto exchange giant halted deposits and withdrawals of the EOS token. In an email to Cointelegraph, a spokesperson for Block.one refuted claims of the EOS network’s degradation:

“Descriptions of a ‘degraded’ EOS network performance are not accurate. The EOS network transfers and confirmation times are operating as normal. Working closely with Coinbase, we have identified scalability issues with the integration between the EOSIO software and their required tools that monitor all economic activity of supported digital assets.”

The Block.one spokesperson also revealed that the latest updates to the EOSIO software has caused the EOS network to perform at levels exceeding the integration protocols being used by Coinbase. Commenting on the way forward, the company spokesperson said both Block.one and Coinbase are working to resolve the issue:

“Block.one expects to release an update to EOSIO software that will allow Coinbase to simplify their integration and better service their requirements to monitor all economic activity of supported digital assets. This update is scheduled to be released in the coming weeks, and in the meantime, Block.one and Coinbase are working together to optimize the configuration and performance of the existing integration solution.”

While EOSIO 2.0 could see the EOS network enter a new and improved phase for developers, issues concerning vote-trading (i.e., vote-buying) and the overall centralization of the blockchain still persist. In a report unveiled by Binance Research earlier in February, the EOS governance protocols were described as being insufficient to prevent vote-buying abuses.

According to the study, the current EOS incentive structure focuses on consolidation, which allows Block Producers to dictate the governance of the entire ecosystem, thereby entrenching protocols like vote-trading that benefit the established few. Thus, it is theoretically possible for BPs to collude among themselves to ensure outcomes that are to their advantage irrespective of the rest of the network.

In some ways, the current vote-buying issue is a result of the departure from the draft constitution of EOS, which contained provisions that elevated grassroots consensus and banned vote-trading. However, the constitution never took off and was soon replaced with an end-user license agreement that was silent on many community-driven amendments in the draft constitution.

EOS holders can stake their tokens by voting for up to 30 BPs. The votes given to each BP depend on the number of tokens staked by the user. Services called voter proxies have arisen to remove the need for token owners to go through the process of selecting BPs to vote.

These voter proxies can offer a set of BPs to voters that can theoretically introduce the formation of voting bloc cartels. This is because proxies are incentivized to offer BPs that share their inflation rewards — which can, in turn, be distributed to token holders that use the proxy services.

According to the Binance Research report, the activities of proxies and the reality of low voter turnouts means that major players in the EOS network can game the system. An excerpt from the report explaining this conclusion states that the aforementioned process “makes it easier for large individual players to coordinate and dominate votes as their relative control over ‘active tokens’ is higher than their control over all tokens.”

On Feb. 25, the EOS network burned 34 million tokens held in the “eosio.saving” account, while also decreasing the supply growth of new tokens from 5% to 1%. The token burn — the second such action in less than a year — was the realization of a community vote held in mid-2019.

Back in March 2019, a proposal was introduced to reduce the annual inflation rate for EOS from 5% to 1%. As part of the proposed protocol change, members of the community also prescribed a concrete decision on the tokens being accumulated in the savings account. An excerpt from the proposal at the time read:

“Eight months have past and there is still no defined use for this large quantity of EOS tokens that continues to flow into the eosio.saving account. This large quantity of accumulated tokens has now become excessive and if we continue to allow it to keep growing, it will eventually become an attack vector for the network.”

From over 17.3 million votes cast, about 16.5 million voted yes to the proposal earlier in the week, resulting in more than $130 million worth of EOS tokens being destroyed. Under the new 1% inflation rate, BPs will directly receive the new tokens created each year without any fraction going to the savings account.