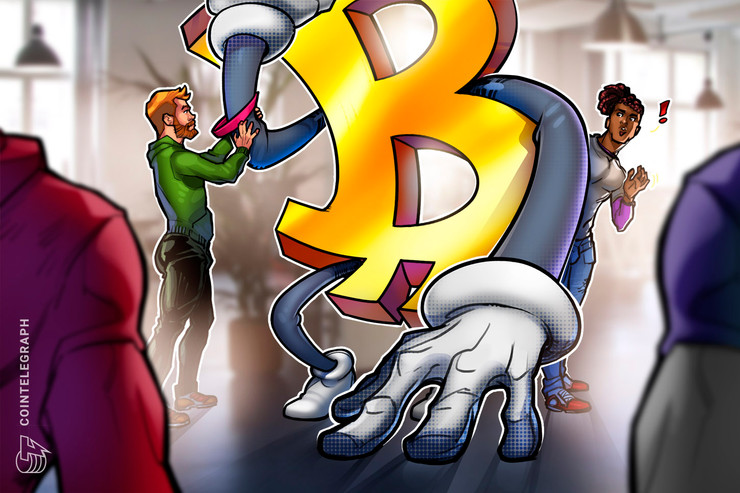 Data from Coin360 and Cointelegraph Markets revealed a less volatile day for BTC/USD on Tuesday, press time levels centering on $8,750.

After gaining 3.2% during trading on Monday, Bitcoin broadly held onto higher levels but had failed to tackle $9,000 resistance. At around $8,800, the 200-day moving average remained a noticeable feature for traders.

While the cryptocurrency slowly added to its gains, stocks and other markets held a dramatic rally as the week began. The Dow Jones, having seen its biggest one-day loss ever last week, subsequently advanced more in a single trading session than during any other in its history.

The progress accompanied bullish sentiment across global markets following news that governments planned to stimulate growth with extra cash in the wake of coronavirus. The United States Federal Reserve is broadly tipped to cut rates significantly in 2020.

As Cointelegraph reported, however, many commentators considered such behavior to be short-sighted and foolish.

“Something tells me that when it comes to a global panic-driven selloff, rate cuts aren’t going to cut it,” Cointelegraph Markets analyst Mati Greenspan summarized to Twitter followers on Tuesday.

“Arguably this is actually just making the macro problem worse,” he responded to Greenspan.

“Short term? My goodness it seems the market doesn’t care and is happy to keep the party going just a tad bit longer before last call. Unbelievable.”

While the impact of coronavirus on Bitcoin remains a topic of debate, financial uncertainty already seemed to weigh on previously buoyant investment outlets. Volumes on CME Group’s Bitcoin futures were down up to 80% versus last month.