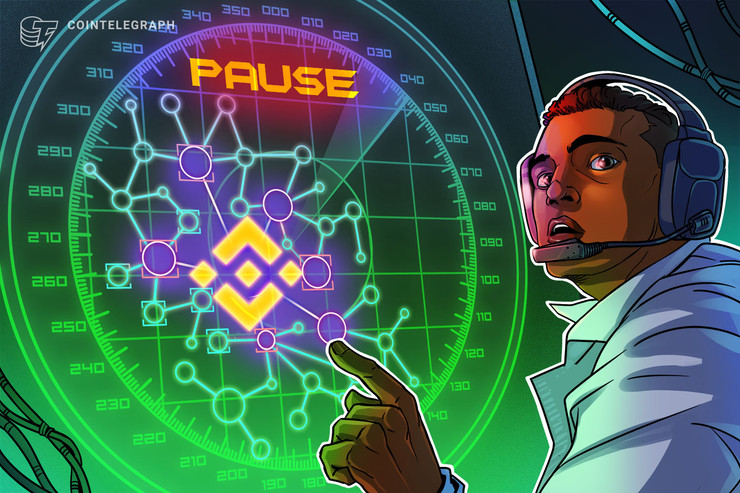 Changpeng Zhao, the co-founder and CEO of major crypto exchange Binance, did not appreciate the public help offer of the CEO of competing exchange OKEx, Jay Hao in response to Binance’s new halt on trading.

On Mar. 4, Binance announced that it has initiated unscheduled system maintenance. The work on the exchange’s infrastructure was completed by press time.

A tweet sent by Binance CEO Changpeng Zhao explained that the sudden need for maintenance was caused by a message broker malfunction. Jay Hao, CEO of competing crypto exchange OKEx, answered to the tweet:

Apache Kafka, the software that Hao seemingly referred to, is a software meant to provide high throughput and low latency in handling real-time data feeds. Still, he suggests that the software use by Binance is not a suitable choice for real-time trading systems. Hao told Cointelegraph that from his firm’s experience “Kafka is not a technology for high frequency trading systems.”

According to Hao’s tweet, the exchange’s design will result in repeated failures. Apache did not answer Cointelegraph’s request for clarification on whether Binance’s use of Kafka is correct or not by press time. Zhao did not answer Hao’s help offer and — according to a subsequent tweet by the OKEx CEO — blocked him on Twitter. He said:

“Seems my help has been turned down right away. I thought [Changpeng Zhao] believes blockchain community is open and free. My fault.”

Still, Hao told Cointelegraph that if Binance is willing to unveil the details of the issue to OKEx, then they would be more than happy to share their experience with them.

The latest among many issues at Binance

Binance users had to endure a slew of performance issues on the trading platform over the past few weeks. In fact, on Feb. 19 the exchange halted trading for about half a day to undergo unscheduled maintenance.

The unscheduled maintenance service breaks were not the only issue on the platform. In February, Binance users had to endure interface errors and trading API timeouts because of the middle-layer service being overloaded. Furthermore, some exchange’s customers were unable to have their orders carried out also often retried right away, resulting in overloading Binance’s infrastructure even further.