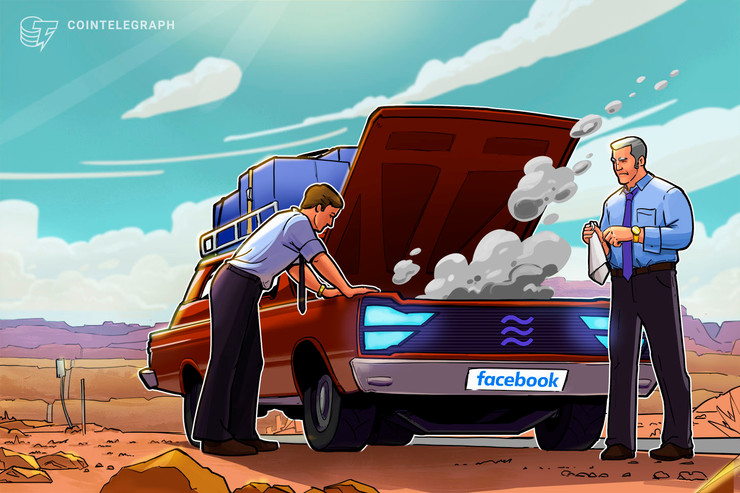 Facebook may be considering modifying its plan for the 2020 release of the cryptocurrency Libra.

When the social media giant introduced Libra last year, it did so claiming the cryptocurrency would be a simple global currency with the power to transform the global economy. Regulators quickly took notice, and found the company had to offer more questions than answers as to what the digital currency would be.

Though Libra is still going forward, Facebook will now offer government-issued currencies like dollars and euros to support its own token. The move appears to be a way to appease reluctant regulators and gain additional support for the plan, still scheduled for a Q4 rollout.

According to a Mar. 3 report issued by Bloomberg, both crypto and stated-issued currencies will be available on the company’s digital wallet, Calibra.

By redesigning the digital wallet and scaling back the features of the cryptocurrency, Facebook is hoping to release both Calibra and Libra at the same time, tentatively in October. Calibra will allow users to send and receive money — now in fiat currency — and make purchases.

Almost two billion people around the world use Facebook. Expanding the basket by including central bank currencies makes it possible for anyone to use Calibra as a more traditional payment system. Any user with Messenger or WhatsApp installed on their mobile device could send funds across the globe with the tap of a button.

Opposition to Libra since its release

Facebook unveiled Libra seemingly as a way to bypass the global financial system entirely. While the plan was ambitious, it left lawmakers and regulators questioning the risks of introducing the cryptocurrency to the market with so many unanswered questions.

Officials in the United States proposed the company add existing cryptocurrencies like Bitcoin to Calibra rather than developing its own. Other suggestions included allowing stablecoins into the basket of the digital wallet to prevent it from undermining the sovereignty of central bank currencies.

In Europe, there was just as much skepticism surrounding Libra. Lawmakers in Germany and France strongly opposed accepting the cryptocurrency into the EU. However, Switzerland was one of the few open to international cooperation with The Libra Association, claiming the currency “fits perfectly into our regulatory framework.”

One silver lining to Libra’s rocky start may be the response of central banks in learning to accept digital currencies as the new reality. Since the project was announced, several countries have explored minting a digital currency, including Japan, China, and England.