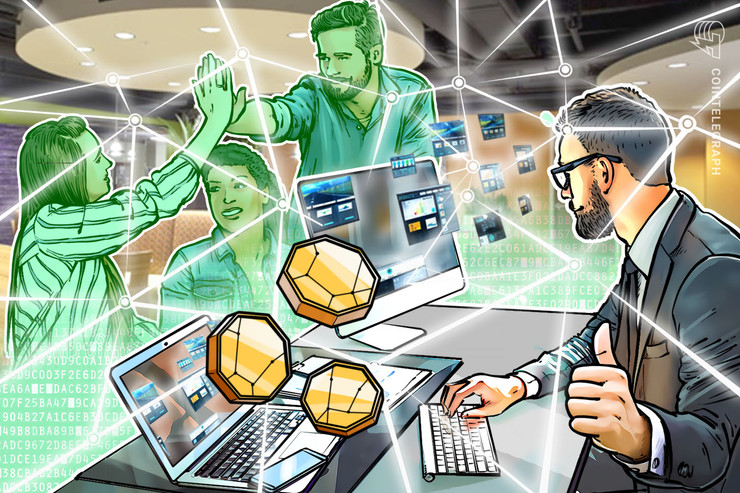 Decrypt, a major cryptocurrency and blockchain publication funded by ConsenSys, is launching a new token to reward users for engaging with its content.

The new Ethereum-based Decrypt token will allow Decrypt readers to earn rewards in return for reading and sharing articles as well as other types of interactions with the company’s content. As officially announced on March 4, readers will be able to exchange collected tokens for goods and services including Amazon and Airbnb.

Decrypt plans to roll out the new token as early as the second quarter of 2020.

Jason Goldberg, founder and CEO of Ost, emphasized to Cointelegraph that the Decrypt token will act “purely as a regulatory compliant utility token,” which means that the reward token won’t be tradeable on secondary markets like cryptocurrency exchanges.

Goldberg also specified that Decrypt token will basically represent a stablecoin as its price will be fixed using Ost technology. The executive stressed that the value of the Decrypt token would be based solely on a fixed mapping of any value token on Ethereum. Goldberg explained the “stake and mint” process to Cointelegraph:

“Using Ost technology it’s possible to create a fixed mapping of any value token on Ethereum to a utility token on Ost’s layer 2 Ethereum chains. Any ERC-20 can be used as the base token, e.g. DAI, USDC, ETH, or the OST token  In the Pepo app for instance OST is used as the base token. The mapped conversion rate can be set as desired upon setup of the Decrypt token and then it’s locked into the smart contract forever.”

Josh Quittner, editorial director and co-founder of Decrypt, outlined that the Decrypt token is in response to the “broken” advertising model in the media. According to the executive, the token will allow the company to improve its editorial integrity in an extremely competitive environment among publishers by providing a new approach to sponsorship. Quittner said:

“Publishers have been forced to compete for a dwindling slice of advertising by chasing clicks and practices that can lead to compromises in editorial integrity. By partnering with Ost, we’ve been able to build out an innovative approach to sponsorship where users read the content they care about and advertisers don’t get in the way–they add real value.”

Specifically, the token will be used as a method of monetizing relationships with advertising partners. As Decrypt tokens will be released during certain periods known as “seasons,” each season will be co-sponsored with an advertising partner and users will be able to collect tokens across seasons and store them in their in-app wallet.

Matt Hussey, the Decrypt editor who authored the Decrypt token announcement, specified to Cointelegraph that the firm plans to set a daily limit for the number of tokens per user. According to Hussey, Decrypt has not yet determined what period of time constitutes a “season,” and is still working out whether they would set a specific total amount of rewards per season.

According to traffic analytics website SimilarWeb, Decrypt has around 710,000 monthly visits to date, with a 101,341 rank globally.