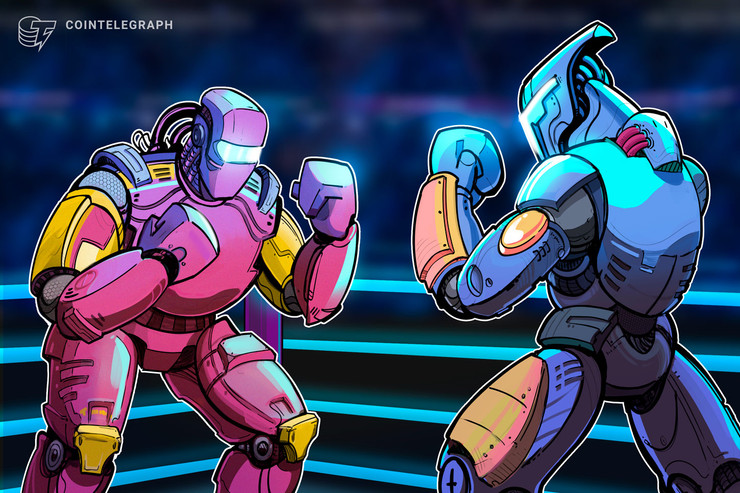 The Ethereum (ETH) community has recently been engaged in a bitter debate sparked by a proposed mining algorithm change. Dubbed ProgPoW, the proposal would invalidate all currently existing ASICs to only allow mining Ethereum with a GPU.

While ProgPoW was born in 2018, it has seen alternate periods of stasis and active discussion during the two years of development. The latest round of debates was sparked by what, to some, seemed like a sudden reintroduction of ProgPoW into the Ethereum roadmap. During the Feb. 21 Dev call, Ethereum Improvement Proposal (EIP) 1057 — a formal ProgPoW specification — was marked as accepted and final.

Public dissent soon followed, eventually materializing into EIP 2538 on Feb. 25, which collected signatures from stakeholders opposed to the introduction of ProgPoW.

Cointelegraph tracked down Kristy Leigh-Minehan, one of the three original members of the IfDefElse group that created ProgPoW in 2018, to understand more about the algorithm and why it remains so divisive to this day. Cointelegraph also reached out to several Ethereum Foundation representatives, who declined to comment.

Shorthand for Programmatic Proof of Work, ProgPoW is a novel mining algorithm designed to be as resistant to ASIC — Application Specific Integrated Circuit — machines as possible. These devices are specifically designed for the task of mining, which makes them much more efficient than consumer options such as CPUs and GPUs.

Making an algorithm that remains secure against optimized hardware has been traditionally a difficult task. The current algorithm used by Ethereum — Ethash — has also been designed for ASIC resistance, but its protection did not last for long. As Minehan recounted, rumors of an Ethereum ASIC were the initial motivation for her group’s work:

“ProgPoW was born out of the ASIC resistance threads in March 2018. An Ethereum contributor called Pipermerriam posted EIP 958, which was an EIP to modify the mining algorithm of Ethereum to be ASIC resistant. This was triggered by the discovery of the E3 ASIC miner by Bitmain, which had been leaked on CNBC.”

And even though it was later understood that the E3 was a crude device, with Minehan describing it as “a bunch of DDR 3 memory connected to their [Bitmain’s] Sophon chips,” the ball on ASIC resistance got rolling. Proponents of ProgPoW argue that it’s harder to manufacture specialized Ethereum ASICs, which will lead to fewer miners and subsequent centralization.

A poll by Vlad Zamfir, researcher at Ethereum Foundation (EF), concluded in April 2018 with 57% of votes in favor of a hard fork preserving ASIC resistance. Around the same time, EIP 969 proposed to make a small change in Ethash to break existing ASICs. Minehan continued:

“Those two EIPs, plus the constant discussion around ASIC resistance was what really spurred us — as IfDefElse — to start looking more into how would you go build a truly ASIC resistant algorithm.”

From a high level technical perspective, Minehan explained that ProgPoW works by tweaking Ethash to utilize 100% of a GPU chip. This was because ASIC manufacturers generally try to remove as many parts of it as possible, as she elaborated:

“The reason we do that is because currently when you go to build an ASIC, what you do is you strip away portions of a GPU. You basically say: ‘hey, here’s the reference code, here’s the GPU — which parts can we take away from the chip?’”

Ethash attempted to defend from this by trying to utilize the GPU as much as possible, which is why some of ProgPoW’s technical changes are small, but crucial alterations to Ethash that fix some of its inefficiencies and vulnerabilities. “I just think that whoever designed it [Ethash] wasn’t a GPU programmer, so he missed some basic things,” she added.

Minehan noted that ProgPoW immediately received criticism for supposedly delaying the implementation of the Ethereum 2.0 roadmap. She said:

“A few people were against it initially, due to the pressure it would put on Casper’s transition and the Casper Finality Gadget — which, as many people know, is now completely off Ethereum 1.0’s roadmap.”

Yet, she argued that opposition was mild in 2018, as ASIC resistance was still an important goal for the Ethereum community. She continued:

“In 2018 there actually weren’t a lot of negative debates about ProgPoW. If you go back through the original EIPs, you’ll see a lot of positive discussion and over one thousand people voted on GitHub for research into ASIC resistance.”

In September 2018, Linzhi Mining announced it would release a powerful Ethash ASIC, which signaled the beginning of what she called the “Linzhi saga.” The company actively and openly championed an anti-ProgPoW stance, which Minehan believes involved untruthful arguments, such as “weird posts” claiming they could design an ASIC for ProgPoW. She concluded:

“Linzhi created a lot of damage — and I think a lot of the political stress — around ProgPoW […] They have been oddly quiet since I’ve resigned from Core Scientific — no release updates, nothing on their Telegram […] I think there were special interests [from Linzhi] involved [in the debate] at the time in 2019.”

Some of the damage may have included rumors of ProgPoW being created by the two main GPU manufacturers — AMD and Nvidia — “which is complete crap” she said.

Spurred by the controversy in early 2019, a community vote on ProgPoW was held via a dedicated website. When the voting period ended in April 2019, over 93% of respondents controlling 2.93 million ETH stated their support for ProgPoW. While the Ethereum core team had repeatedly agreed and then backtracked on the proposal, it was eventually settled that ProgPoW would be implemented — provided it passed a stringent audit.

This was the last major event in the ProgPoW history, until 2020 and the apparently sudden inclusion of ProgPoW. Minehan explained:

“What had happened is ProgPoW had been scheduled for inclusion. It never actually fell off the EIP list and it passed its audits with, I would say, flying colours.”

Minehan believes that a lot of the current controversy stems from poor delivery of the news, a view that is also shared by Ethereum co-founder Vitalik Buterin. She also clarified that ProgPoW is still not fully accepted, saying that “the intention of the [developer meeting] was to basically set a date [of inclusion].”

Synthetix founder Kain Warwick, one of the signers of the anti-ProgPoW proposal, summarized his thoughts on the matter with Cointelegraph. He elaborated further on the perceived lack of communication:

“There seems to be a disconnect between the people building on Ethereum and the core devs building Ethereum […] I think the anti-ProgPoW side feels that they were not informed and listened to and so are making a point. But philosophically, contentiousness itself is a strong enough argument to block an EIP — irrespective of the origin of that contentiousness.”

While Minehan tentatively framed the current anti-ProgPoW side as decentralized finance (DeFi) stakeholders, Warwick believes that it is selection bias:

“Many people building on Ethereum are doing stuff in DeFi so you end up with the appearance that DeFi is against ProgPoW, when there is nothing particular about DeFi that implies opposition to ProgPoW.”

This may also be seen in a comparison with 2019 debates. Some of the more prominent opponents of ProgPoW today, like Gnosis’ Eric Conner or Martin Köppelmann, were also strongly opposed to it one year ago — when DeFi was still nascent.

According to Warwick, the main argument against ProgPoW is that it is a “poor trade-off in terms of risk.” He summarized the other side’s position:

“I think the pro-ProgPoW side feels at this point that a lot of time and effort has been put into ProgPoW and there are no really strong arguments against it on merits, and that sentiment with no substance is not sufficient to block an EIP.”

Warwick conceded that Ethereum protocol governance may need some specialization, as app builders are already involved in their own ecosystems and may struggle to keep up with both. Nevertheless, he believes that ProgPoW is unlikely to be implemented, as “the community is now pretty dug in on the principle of this issue.”

A recently found vulnerability is also driving differing points of view. Opponents of the change see it as a manifestation of its inherent risk, while Minehan sees it as strengthening the algorithm.

The importance of ASIC resistance

Minehan believes that the Ethereum community became gradually less interested in ASIC resistance since 2018, despite the fact that its yellow paper clearly opposed specialized mining devices. The ProgPoW debate is — according to her — also a struggle between those who wish to uphold Ethereum’s initial principles, and those who believe in the protocol’s evolution. “Very much a philosophical debate more than it is a technical one at this point,” she concluded.

Though some may see the example of Bitcoin as proof that ASICs are not a threat, she warned against such views:

“It’s important people understand that each coin is like its own unique biome. […] In Bitcoin you want ASICs. Bitcoin ASICs have become so specialized that […] it’s become the perfect hardware of choice to actually promote people to be aligned with the incentives of the network.”

She explained that Ethereum ASICs do not benefit from the many years of development and supply chain maturation for Bitcoin miners. During this time, she argues that the industry became mature enough that access to ASICs is no longer limited to a select few actors. “Ethereum doesn’t have ten years of proof of work development,” she noted.

Furthermore, she noted that Ethereum ASICs are very unlikely to become widely accessible, even with years of development. She explained:

“There is a big difference in skill gap between designing a memory-hard ASIC […] and building a SHA-256 ASIC. […] In Ethereum, if only a few people can pull off that highly specialized ASIC, it naturally becomes much more centralized.”

While she acknowledged that making competitive Bitcoin ASICs is also hard, ASICs for memory-hard algorithms such as Ethash pose unique challenges:

The combination of the above factors, as well as poorly-known weaknesses in Ethash, make Ethereum ASICs a highly centralized commodity. She summarized:

Exhaustion from several years of debates is starting to show. Minehan believes that many of the original participants have since grown apathetic — including herself. “At this point, I am completely neutral,” she said. Vitalik Buterin also commented that he is “fine either way” with ProgPoW,

As the ProgPoW controversy still continues, Buterin highlighted that Ethereum lacks a mechanism to conclusively reject proposals — the exhaustion from continuous Twitter debates seems to be the currently accepted solution. “But that seems suboptimal,” he concluded.

The next stage in the ProPoW debate comes on Friday 14:00 UTC with a meeting of the Ethereum Core Developers. You can listen in here.